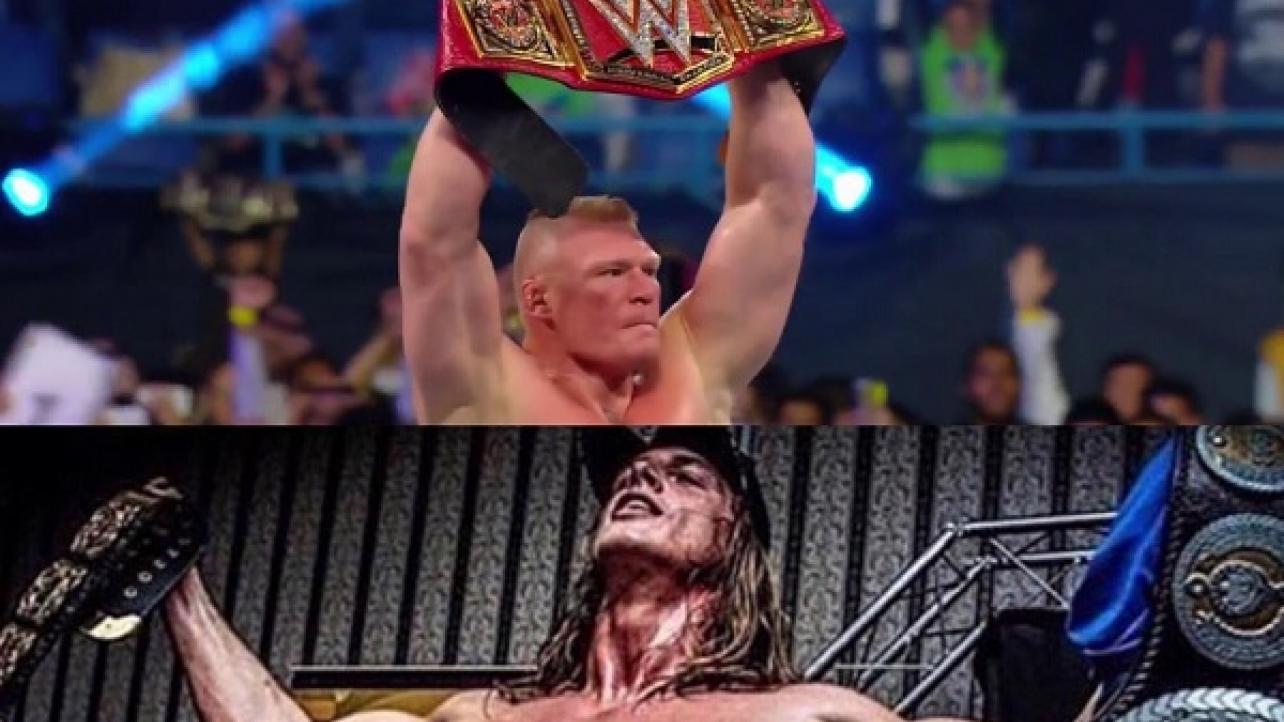 It looks like Matt Riddle is going to continue to campaign for a potential match against Brock Lesnar, although the chances of one taking place seem very unlikely.

As seen at Friday’s first-ever WWE Crown Jewel pay-per-view in Riyadh, Saudi Arabia, “The Beast Incarnate” recaptured the WWE Universal Championship at the show by defeating Braun Strowman in a match to determine the new title-holder after the belt was relinquished by former champion Roman Reigns following his leukemia announcement on RAW.

A few hours after the show wrapped up, Riddle, who has signed with WWE and debuted for the promotion via the NXT brand, took to social media to once again make it clear that he wants to be the one to retire the future WWE Hall Of Famer.

“Thank you Brock for coming back and winning the [WWE Universal Title],” wrote Riddle via his official Twitter page on Saturday evening (see below). “You’re right where I need you bro and it’s gonna be that much sweeter when I retire you in a couple years.”

Fans of Riddle, a former UFC fighter and veteran of The Ultimate Fighter reality show who left the sport of MMA to pursue his growing pro wrestling ambitions, aren’t surprised by the tweet. “The King Of Bros” has made it a point to talk about this particular subject, noting as recently as last month on MMA journalist and ESPN personality Ariel Helwani’s MMA Show that a perfect scenario for him would be a “Career vs. WWE Universal Championship” match against the former UFC Heavyweight Champion at WrestleMania in 2020 or 2021.

Additionally, Riddle had a shirt made that read, “Matt Riddle’s To-Do List,” which then had checkboxes with options that read, “Say Bro,” “Smoke Down,” “Throw Hands” and “Retire Brock.” All of the boxes were checked as being completed except, of course, for the last one regarding Lesnar.

Thank you Brock for coming back and winning the universal title! You’re right where I need you bro and it’s gonna be that much sweeter when I retire you in a couple years. #kingofbros #bro #stallion #nxt #wwenxt #wwenetwork pic.twitter.com/2e4cbvxWRN

It’s never been a secret… pic.twitter.com/iArve73Meo