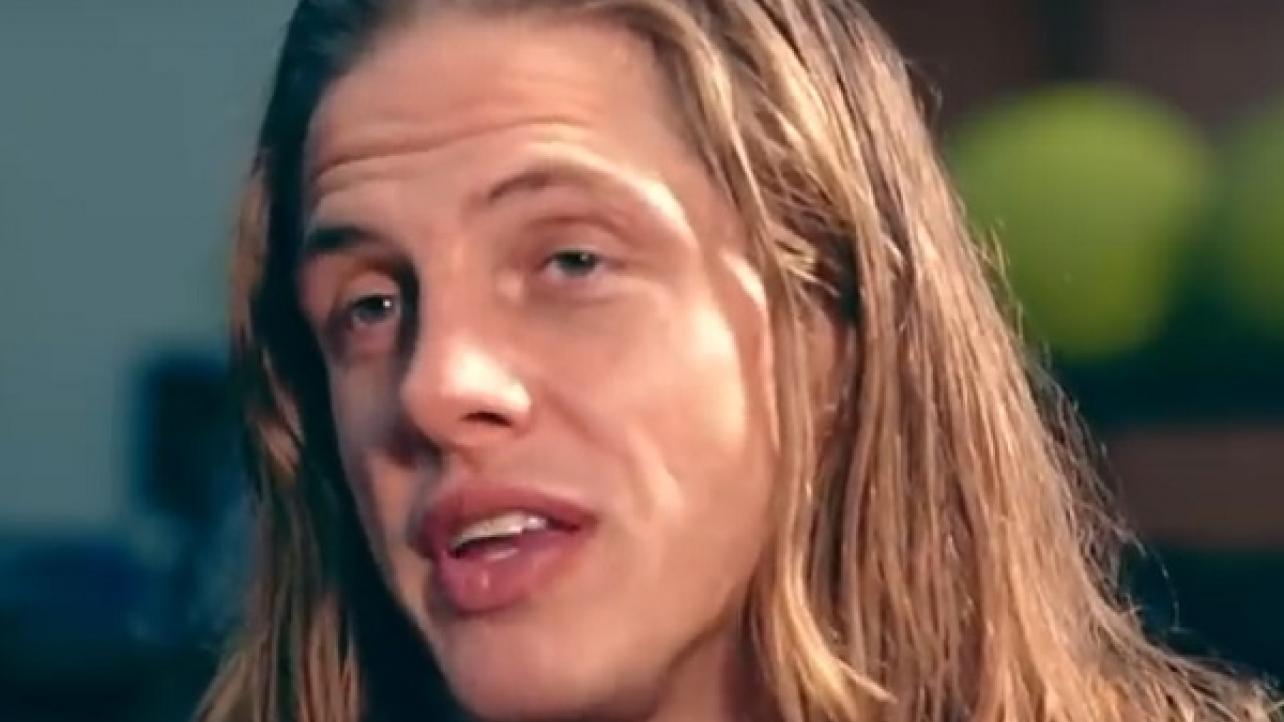 After tweeting a small blurb about legends Booker T, Chris Jericho, Goldberg and Lance Storm criticizing him for his recent shots at Goldberg, Matt Riddle didn’t stop there, releasing a long video this morning where he went on a bit of a rant about his critics, saying he could beat up Jericho, bashing Goldberg’s matches, suggesting that Booker T has no idea what he’s talking about and calling Lance Storm boring. Below is a transcript as well as the actual video:

“I’m just gonna say this. I don’t know what’s going on with all these WCW guys, legitimately. Man, I don’t like Goldberg, that’s my thing. I’m not even gonna get into…everyone knows what I think. And it’s true, because he’s not at the level. And yes, he’s made lots of money, but at the end of the day, when future wrestlers come in or somebody wants to get into this business or a passionate fan wants to watch something good, I doubt they’re going to pull up a Bill Goldberg match. They’re going to pull up one of my matches or Kurt Angle’s match or Chris Benoit’s matches or Shawn Michaels or Bret Hart and I’ll go on. But Goldberg’s not in that category more or less.”

“Chris Jericho, you came at me. I don’t know why you’re saying ‘listen and learn, kid.’ I’ll beat the shit out of you. I don’t understand that. I don’t get it. You’re soft as hell. Maybe back in your prime, but even then, I would have beat the shit out of you then. Listen and learn from me, bro. Shut your mouth. Lance (Storm), I remember doing a seminar with you and I literally fell asleep during your seminar. I had to be woken up by you. I even apologized at the time. And then to think, years later I’d be in NXT and for some reason, you get on your little Twitter machine and start talking trash about me. Bro, barefoot or not, I’m still ten times the entertainer you ever were. Keep coaching, keep passing on the tradition, just don’t teach them how to be entertaining because you don’t know how to. Booker T, I honestly like you. I really like you Booker T. I didn’t want any heat with you. But you said I ‘couldn’t work.’ Pretty sure if you watch a couple of my matches, ehhh…you’ll probably realize you were really wrong about that. So that’s it. I want everybody to know where I’m coming from. I’m a pretty sweet guy, okay? And I don’t want any of this trouble. Okay? Everybody, have a great Monday and I’ll see everbody in Albany, NY on Thursday, Buffalo, NY on Friday and TakeOver Toronto, Saturday. Later bro.”