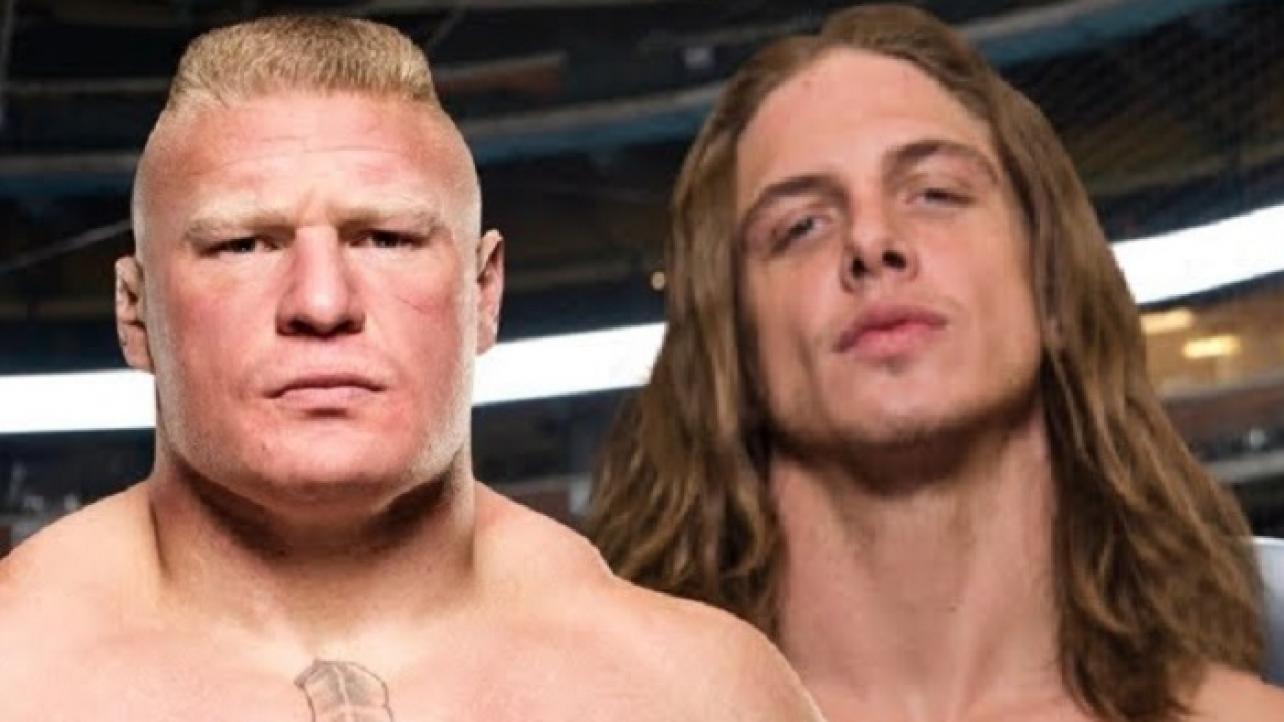 Matt Riddle Recalls Backstage Confrontation With Brock Lesnar, Explains Why Incident Was “Heartbreaking” To Him

Alex McCarthy of talksport.com recently spoke to Matt Riddle ahead of his Smackdown debut tonight and one of the topics covered was the rumors and reports of a confrontation with Brock Lesnar backstage at the Royal Rumble. Here are highlights:

Finding out he’d be in the Royal Rumble

“I’ll tell you this: for weeks leading up to the Royal Rumble, they were like ‘Oh, you might be in it, you might be in it,’ but nothing guaranteed. Nobody was guaranteed anything. So after the TakeOver [Worlds Collide] they were like ‘OK, you’re going to the Rumble.’ They didn’t say you’re going to be in the Rumble yet. So even now, am I just here? Am I doing anything? Because they brought other people too backstage that weren’t doing anything. Eventually, I find out I’m going to be in the Rumble. Now I’m stoked! I’m like ‘what if I get my chance!’ [with Brock Lesnar]. I don’t even know if I should say his name [laughs]. But what if I get my chance? And now I’m starting to play the scenarios in my head and, of course, ‘what if I do this’ but then also, this isn’t just about me, there’s 29 other people. So I was just like if I can get anything, I’ll be extremely happy.”

“Then, of course, [Paul] Heyman and his security guard – I won’t mention his name [laughs] – him and his security guard come up to me and basically told me I had no chance in hell – it was very Vince McMahon like [laughs] – no chance in hell that I was going to get that match with him and I’d have better luck doing something else. And I’ll be honest, at first, I was just like awww [disappointed], I got this far and you’re literally holding me like this [tightly]. Like, he’s holding me like we’re friends but we’re not. And then he [Lesnar] tells me “it’s never going to happen. So, I wasn’t mad, I wasn’t sad, I was more just heartbroken. But it’s like when a girl turns you down on a date; hey, it doesn’t mean give up completely. It’s like OK, let’s go back to the drawing board, maybe I came on a little too strong this time. Maybe I’ll try something different to convince him, ya know? So that’s how that scenario played out.

Competing in the Rumble

“Then I got to the Rumble, got to play with Edge, kick Corbin, kicked now, reigning heavyweight champion, Drew McIntyre. The pop was pretty beautiful too, but the pop if I had of gotten in the ring slightly earlier [when Brock was in] – ahhhh! I’m pretty sure the crowd would have been like ‘oh my god! He’s going to get his chance!’ But hey, still a pretty good pop.”

Matt Riddle Recalls Backstage Confrontation With Brock Lesnar, Explains Why Incident Was “Heartbreaking” To Him