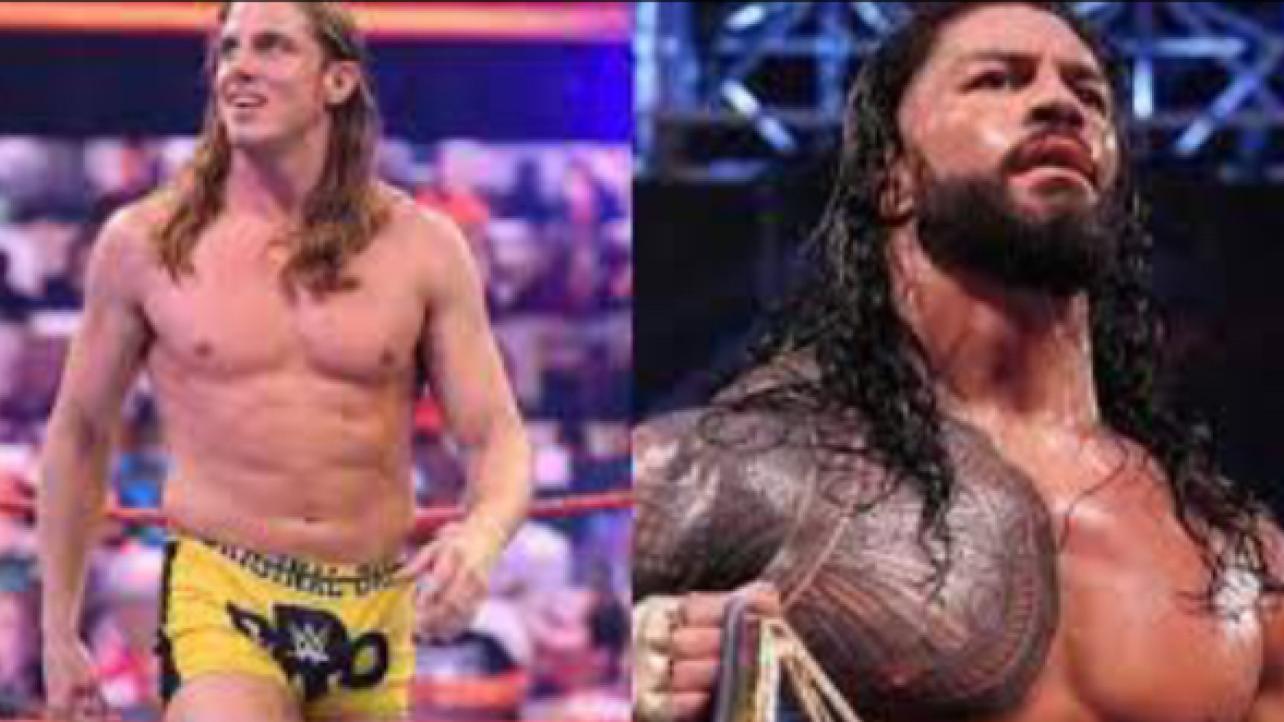 — The Wrestling Observer Newsletter reports that Matt Riddle received some backstage heat within “certain circles” for comments he made online about Roman Reigns. In reference to Reigns taking a shot at CM Punk about “moving the needle”, Riddle had this to say:

“No disrespect to Roman, he seems like a swell fella, but at the same time, it’s like when people say they’re a good parent. You know what? If you were a good parent, your kids would be telling you you’re a good parent. When he’s saying ‘Acknowledge me’ or ‘I move the needle,’ no, you don’t. You’re related to The Rock. Shut up. Like, I’m not impressed, I can beat you up in a real fight. So, shut your mouth. You’re not moving needles. I’m the real stallion, RK-Bro is moving the merch, we’re moving the needle, and that’s it. I don’t want to say too much, I’m not trying to get in trouble. Hey, hats off to him. He’s amazing at what he does. I do like what he does, but at the same time, it’s like, get off your high horse. You’re in that spot for a reason. You’re not a bro. You’re second generation. I’m first generation.”

— The Observer noted that this was not said for storyline purposes as Reigns is the top guy on Smackdown while Riddle is on a different brand, though the draft could change that, there aren’t any immediate plans to have them feud.