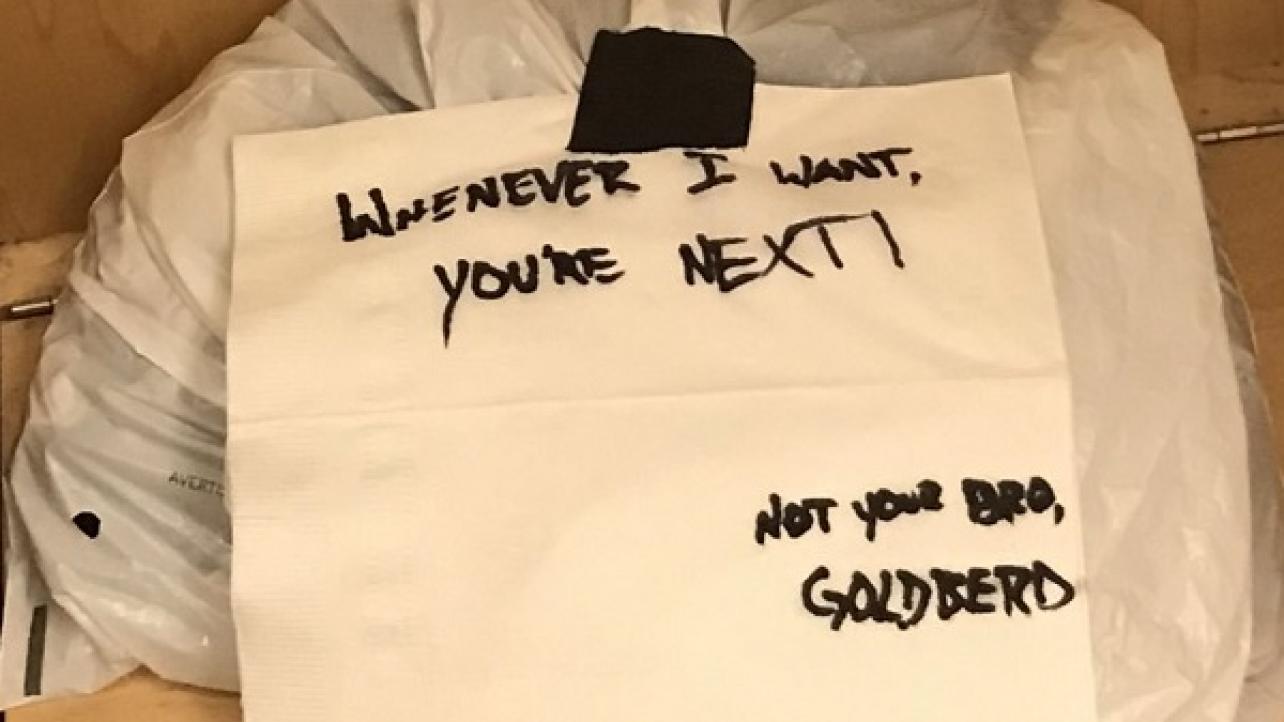 The ongoing saga between Matt Riddle and Bill Goldberg continues.

As noted, Riddle shared a story about a tense backstage meeting the two had recently during the WWE Watch Along special for WWE SummerSlam 2019 on Sunday night.

On Tuesday, the MMA star-turned independent wrestling sensation-turned up-and-coming NXT Superstar returned to social media to share the latest developments in his growing beef with the pro wrestling legend.

According to Riddle, the WWE Hall Of Famer left a message for him in his locker at the WWE Performance Center training facility in Orlando, Florida.

The message reads, “Whenever I want, YOU’RE NEXT!” With a signature that read, “Not your BRO, GOLDBERG.”

Check out the photo released by Matt Riddle featuring the message left in his WWE Performance Center locker by Goldberg below.

This is what I found in my locker today at work! How did he get in the @WWEPC pic.twitter.com/xDW7V3Xwnr