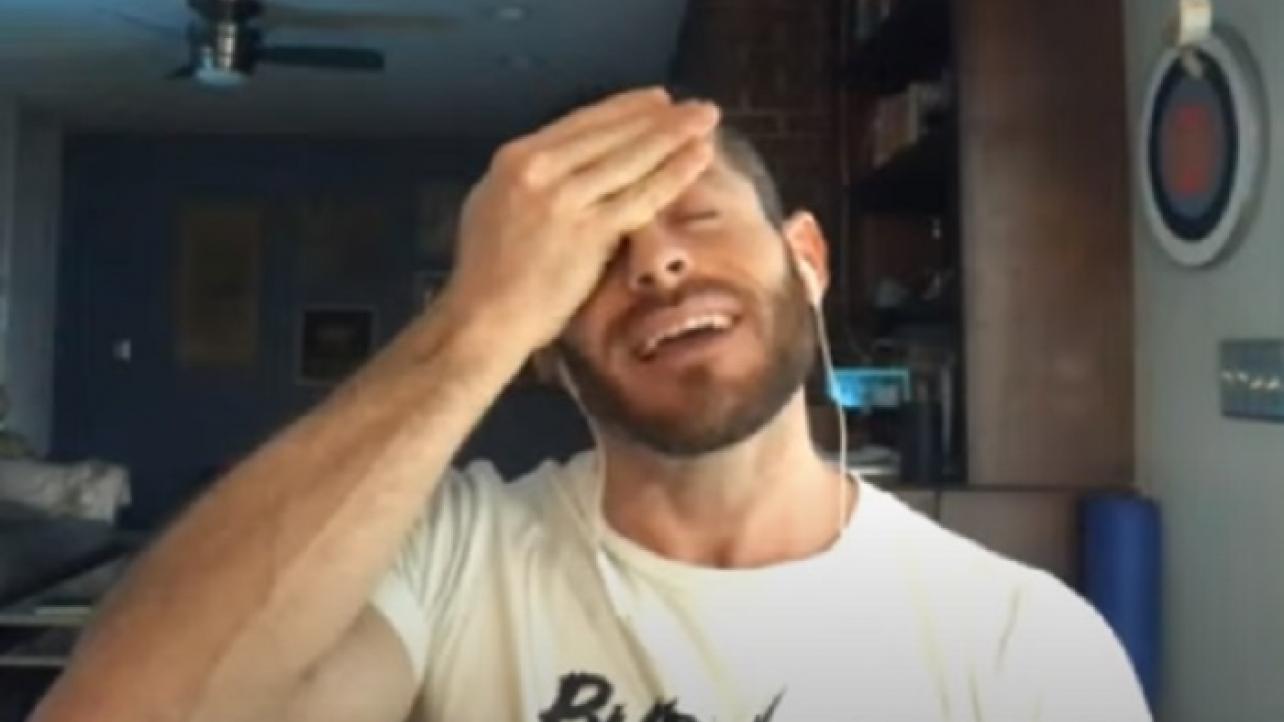 Matt Sydal Sounds Off On Scary Spot In His AEW Debut At All Out, Confirms He Is Still A Free Agent

Pro-wrestling superstar Matt Sydal was a recent guest on the Chris Van Vilet show to talk all things pro-wrestling, including how his AEW ALL OUT appearance came about. Highlights from the interview can be found below.

Explains how his ALL OUT appearance came about:

“It was a really nice surprise for me, because I had just finished filming the Ring of Honor Pure Title Tournament in Baltimore for a whole week and sort of thought my next booking wouldn’t be until this October’s set of Ring of Honor tapings. And sure enough, I got a phone call basically the night before the PPV to see if I was available to work. And it sounded like an awesome spot. So yeah, it was just done old-school style, ‘Hey, give me a call and I’ll be on my way.’”

How hard he’s worked for the last two years:

“For the last two years since I last left Impact in 2018, I’ve spent basically the last two years just trying to be health, be strong, and be ready for when that opportunity comes. And I sort of felt like that’s what I’ve been putting into the universe. I’ve really been working towards it, even though it’s not like — I didn’t go on podcasts and say ‘Oh yeah, my goal is to be in AEW,’ because that’s a little more revealing than you want to say. But really, it had been a focus of mine.”

“I’m a free agent … I don’t have anything booked with Ring of Honor right now. But my matches just sort of — we filmed eight weeks of TV, so I had a match with Ring Of Honor on Monday. And then my AEW Dark airs on Tuesday. Or actually, I had an AEW Late Night debut right the day after a Ring of Honor match. And then just this past week when I wrestled Sonny Kiss on AEW Dark, the night before I’m wrestling Jonathan Gresham in the Ring of Honor Pure Title Tournament. So it was pretty awesome for me to know that — I mean, during the pandemic there was no work. I had zero work, it was very challenging. I mean, I was just holding on by a string there, by a thin thread. But I was just dedicated and I really believed we’d be able to come out of this and I’d be ready.”

The scary slip he had at ALL OUT:

“I was so lucky I didn’t get injured. I mean, that was the craziest turn of events that happened. I can say I’ve jumped off that rope thousands of times, and zero times have I had a slip like that. Zero. That was the first one. This is also the first time there were fireworks exploding in the background, and there’s a million excuses. But I’m not going to take them. I mean, that was just, it didn’t go well. But what did go well for me, I mean, like I said, the universe had my back on this one. Because when I slipped, I just basically reached back with my arm and as I would have rotated directly onto my head … if you look at the rotation, that was basically set for a pogo stick on my dome. I reached my arm out, the rope was there, and basically it kept me from turning over onto my head. And I just turned partway, landed on my back, and just kind of rolled onto my head. And so I mean, it was just super scary. it was like ‘life flashes before your eyes’-type scary.”

Matt Sydal Sounds Off On Scary Spot In His AEW Debut At All Out, Confirms He Is Still A Free Agent