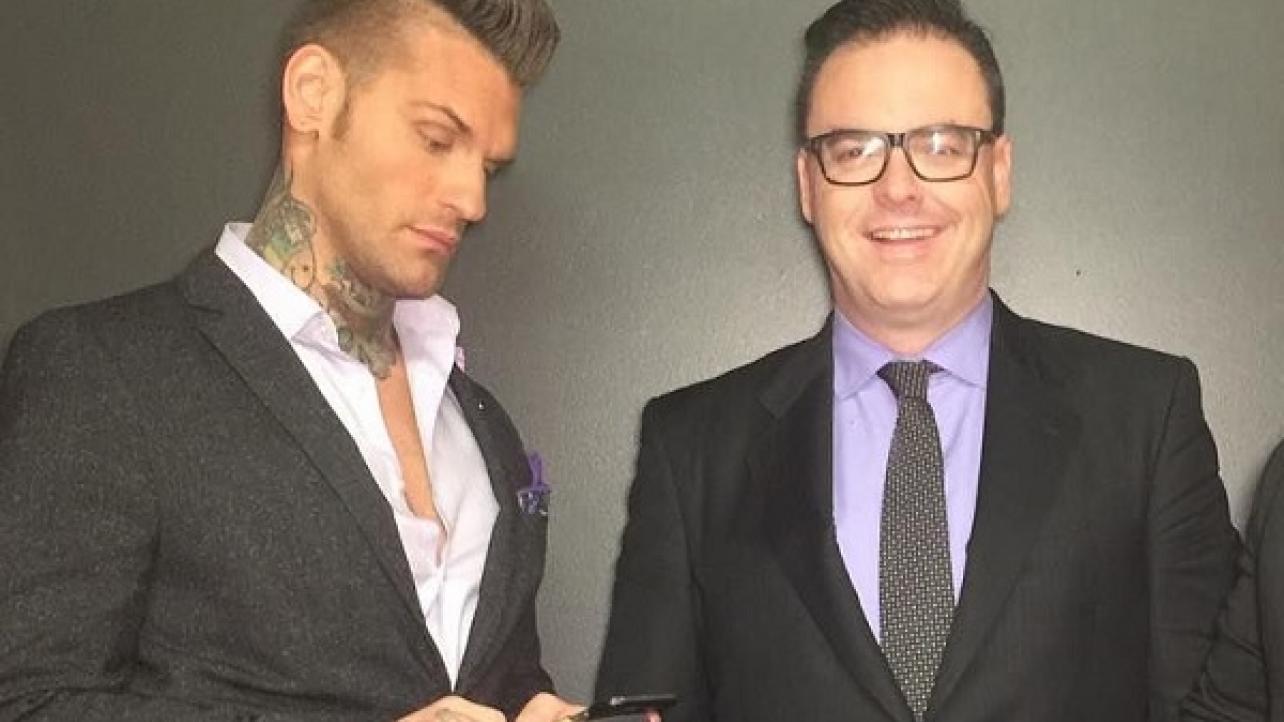 It appears that Mauro Ranallo has deleted his Twitter account after taking multiple shots from Corey Graves during the NXT TakeOver: WarGames live special on WWE Network on Saturday night.

Graves took to Twitter several times throughout the NXT TakeOver: WarGames broadcast on Saturday evening, taking shots at Ranallo for hogging up all of the air-time on commentary and not allowing his fellow announcers — former ROH Champion Nigel McGuinness and WWE Hall Of Famer Beth Phoenix — to get much in during matches on the show.

“Just for the record guys, I know you wouldn’t know it, but there’s actually a WWE Hall of Famer AND a former Ring of Honor Champion on commentary,” Graves wrote in reference to Ranallo’s commentary style on Saturday night. “I’d imagine they have a lot to offer.”

When another WWE fan noted on Twitter that Ranallo had made several Chicago rap / hip-hop references during the show, Graves responded by agreeing with the fan, claiming “The Bi-Polar Rock ‘N’ Roller” had made “Far, far too many.”

On Sunday, former UFC Champion and MMA legend Frank Shamrock, who is also a close friend and the manager of Mauro Ranallo, chimed in on his Twitter page to react to the tweets Graves made that allegedly led Ranallo to take CM Punk’s advice for Seth Rollins and delete his Twitter account altogether.

“Social media has made too many of you comfortable with disrespecting people and not getting punched in the mouth for it,” wrote Shamrock in reference to Graves.

Check out some of the tweets referenced in the above story below.

We will keep you posted here at eWrestling.com as more details surface regarding Mauro Ranallo and Corey Graves!

Just for the record guys, I know you wouldn’t know it, but there’s actually a WWE Hall of Famer AND a former Ring of Honor Champion on commentary.

I’d imagine they have a lot to offer.

Far, far too many.

UPDATE: TONS of details have surfaced regarding #MauroRanallo/@WWEGraves (and @frankshamrock) story have surfaced! #CoreyGraves TRASHES @davemeltzerWON after he reports an update on story