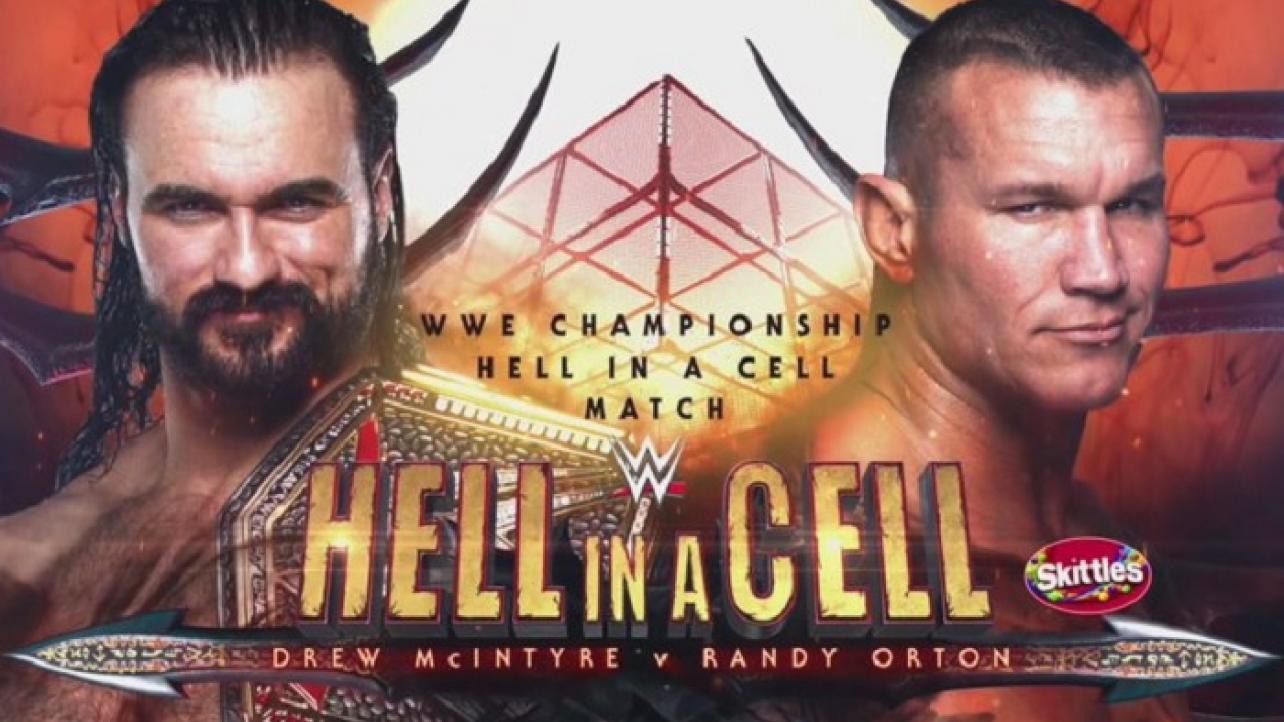 It’s going to take more than an entire summer’s worth of enemies ganging up on him to help hand him a high-profile loss in a pay-per-view main event ambulance match to get “The Viper” off your back.

“The Scottish Psychopath” has discovered this to be the case.

Following his recent successful WWE Championship defense over Randy Orton in their Ambulance Match at the WWE Clash Of Champions 2020 pay-per-view, the top dog on the WWE Raw brand again finds himself matched up against the longtime WWE veteran atop the next PPV offering from the WWE Universe.

During this week’s episode of Monday Night Raw, it was announced that McIntyre and Orton will “run it back” at the next WWE PPV show, as McIntyre vs. Orton for the WWE Championship has been officially announced as one of the main event matches scheduled for the WWE Hell In A Cell 2020 pay-per-view later this month.

Mark your @DMcIntyreWWE defends the #WWEChampionship inside #HellInACell against @RandyOrton on Sunday, Oct. 25 at @WWE #HIAC! pic.twitter.com/7szioc2ECU

Instead of an Ambulance Match stipulation, however, McIntyre vs. Orton 2 will be contested inside the namesake of the event, as the WWE Championship will be on-the-line in an actual Hell In A Cell match at the upcoming WWE Hell In A Cell 2020 pay-per-view.

After the 10/5 episode of WWE Raw went off the air on Monday night, WWE began promoting the now confirmed WWE Championship showdown inside Hell In A Cell between “The Scottish Psychopath” and “The Viper” at the WWE Hell In A Cell PPV, which takes place on Sunday, October 25, 2020, streaming live via the WWE Network.

Make sure to join us here at eWrestling.com on 10/25 for LIVE WWE Hell In A Cell 2020 Results coverage!