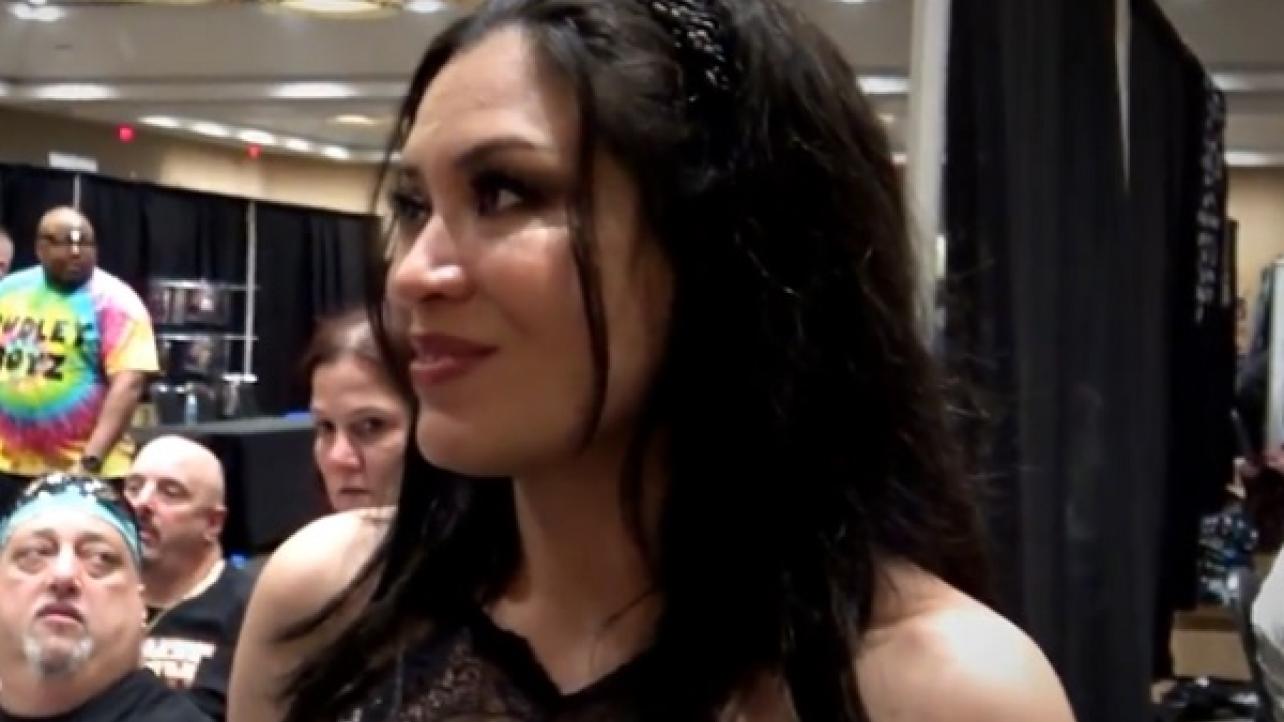 Former WWE Superstar Melina recently spoke with the folks at the Ring The Belle YouTube channel for an interview. Featured below are some of the highlights.

On Naomi referring to her as her dream opponent for the WWE Evolution PPV: “I wanted to hug her face off. That’s so sweet. I would love to have a match with her. I would love it. She’s such a good person. I know that we could make magic together.”

On her 2007 Falls Count Anywhere match on RAW against Mickie James: “We had such great chemistry and that’s because we are friends. The creativity between the both of us was just so amazing. I feel like it’s going to be the same way with Trinity (aka Naomi).”

On which gimmick matches she would like to compete in: “When I see the girls and they have all these cage matches and stuff… it is exciting. At the same time, I am proud of what we did. If you can tell a story without needing assisted tools, it’s great. If you do them all the time it takes away. It doesn’t mean anything. That match itself doesn’t mean anything. You use that without actually telling a story.”

Check out the complete Melina interview at YouTube.com.