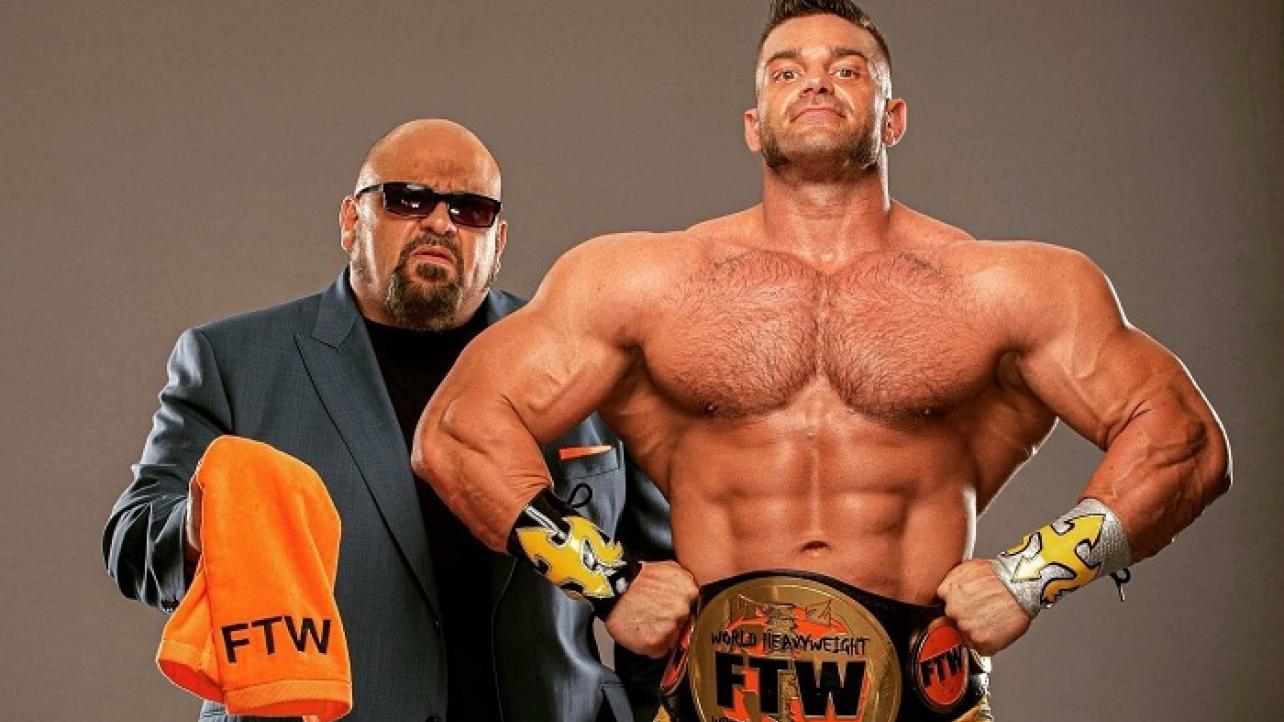 Melissa Santos recently appeared as a guest on the Insight with Chris Van Vliet podcast for an in-depth interview covering all things pro wrestling.

During her appearance on the popular program, the ring announcer and pro wrestling personality spoke about her recent comments about her husband, Brian Cage, not being used properly in All Elite Wrestling (AEW).

Featured below are some of the highlights from the interview where she touches on this topic and clarifies some of her previous comments about the subject.

On clarifying her comments about AEW misusing Brian Cage, stating that she is biased because Cage is her husband: “You know, and I think — I’m his [Brian Cage] wife, right? And I’m spicy. I’m not gonna be like, ‘Well I really wish things were different.’ No! F*cking use him already. Like, I love my husband. He is my favorite wrestler. He is. I actually have a couple of favorites but he’s for sure my favorite. That’s how we even started talking. I’d call him my favorite in Lucha Underground all the time so, yeah, I think he’s incredible. It’s just like really, there isn’t — aren’t many wrestlers that look like him and have the discipline and have, you know, I know they all love, everyone loves wrestling. I’m completely enamored by it as well, a different way but I feel like my gosh, I wanna see him more like I used to, right? It’s just at Lucha Underground, he was being used all the time and it was different companies, right? In IMPACT, you’re the champion and I’m not asking, ‘Hey! Let’s just make him the champion.’ No, it’s just like I wanna see my husband more, you know? He comes out the first episode, you see him at AEW, he’s f*cking ripping f*cking ladders apart. The first time, I don’t know if you guys know this but when he was at Lucha Underground, one of the first things we see him [doing] is ripping the frickin’ belt apart. He comes down, he’s like — and he’s doing these body guy, strong things that you don’t really see that guy as much anymore. You see more of like, you know, the cruiserweight. You don’t see that and I don’t know, just for me, yes, I am bias. Like, he’s my husband. I wanna see more of that and so I did get heat because I’m spicy. I’m spicy. I’m very straight-forward. I’m not just gonna be like, ‘Well I’m just gonna… I really wish…’ Like no, f*cking use him. Come on.”

On how Cage loves AEW and Tony Khan, but received most of the backlash because of his affiliation for the company: “I got really spicy about it. Maybe I shouldn’t have. But then he got all the heat. He didn’t even say anything. I know, I know. He got all the heat. I do feel bad about that because he loves wrestling, he loves AEW, absolutely adores Tony [Khan], loves being there and I feel like all of it came from the love of wanting [Brian Cage] to be more involved and that’s really it. It was just from a passionate place and because I’m all loud, loud, loud, I got him in trouble and I do feel bad for that because that wasn’t my intention, even though when I look back at the videos I’m like, ‘Damn, I should have just not been as spicy,’ but damn, it’s hard. It’s hard man. I get myself in trouble. I gotta sugarcoat things a little bit. Yeah, and I feel like it was the impatient kind of my just — I was like, ‘Man, I just want to see more of him.’ I miss seeing my husband [on TV]. I’m a fan, right? I miss seeing my husband. But yeah, so hopefully I can see my husband killing it a little bit more now that, you know, hopefully some of the heat falls off because I feel like in wrestling, there’s always something new that’s happening that’s like the talk of the town and so, you know, I’m sorry babe. I didn’t mean to get you all the heat. I just miss seeing you on TV, that’s really what it is and you know, AEW’s dope. I love more wrestling on TV. I love more of my husband on TV too. That’s really what it is.”

Check out the complete interview below, or at YouTube.com.