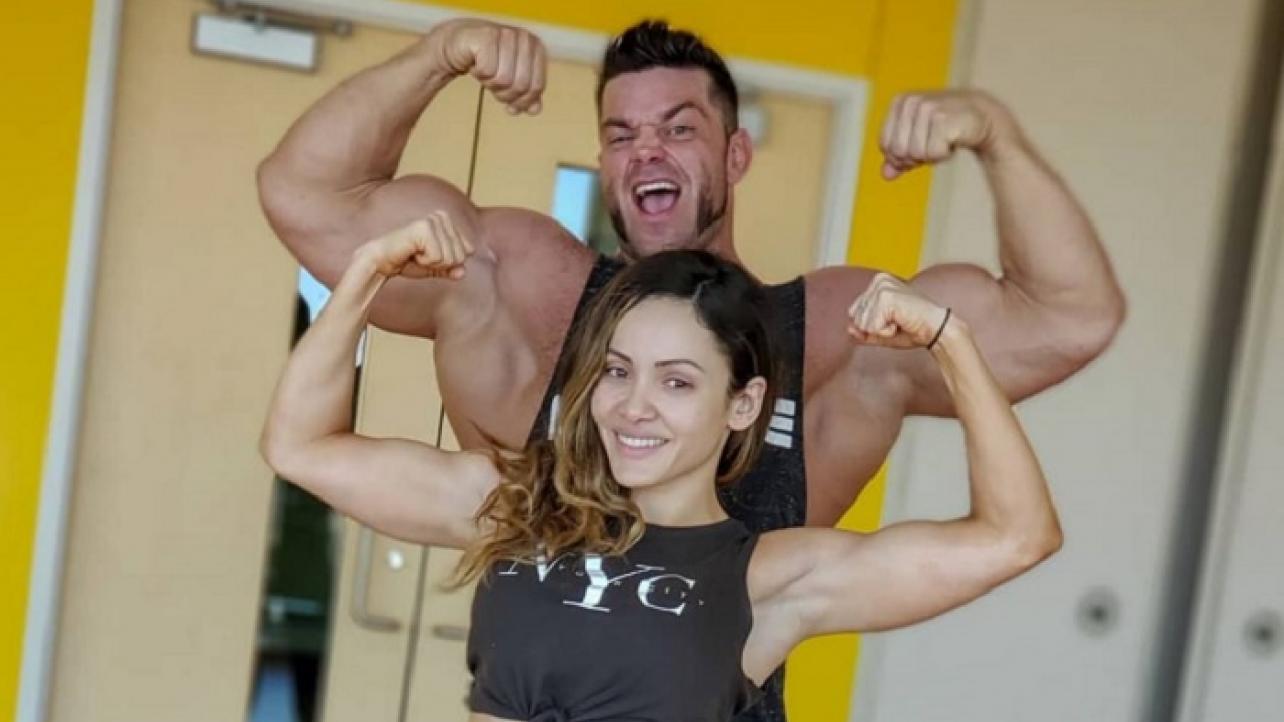 Melissa Santos Talks About Opening An Only Fans Account, What Brian Cage Thinks About It

As noted, Melissa Santos recently appeared as a guest on the Insight with Chris Van Vliet podcast for an in-depth interview covering all things pro wrestling.

In addition to the highlights we previously published from the appearance on the popular program, the pro wrestling ring announcer and bodybuilder also spoke about first meeting her husband Brian Cage, his thoughts on her opening an Only Fans account, her first bodybuilding competition and more.

On first meeting Brian Cage: “I remember when I first met him it was really shocking. Him and John Morrison were probably the most shocking, they were the most like ‘Wow, these guys are wrestlers, this is what a wrestler should look like.’ But yeah Brian John were surely the ones, and Brian just kept my attention. So yeah there is now a marriage, a baby and a move to Las Vegas later…”

On starting her OnlyFans page: “I wasn’t expecting to make the announcement. I had some new management that was like ‘Hey. We can do this and this for you, and we can organise you as this model. But we can also handle some stuff for you and put some content together for you for OnlyFans…’ They just kept pushing and they work for influencers and stuff. Also they helped me out with partnerships outside of that so yeah, this is good, let’s do this. I have a partnership that makes it better for the fans. I didn’t want to do it on my own, I needed to get that push. Brian was like ‘Babe do it! I want to see you out there being so hot!’ My husband just put me out there on a little pedestal.”

On how Cage feels about her OnlyFans account: “Yes he loves it, he approves some of the content. [Chris asks if he is taking the photos] In some cases, yes. He’s all like ‘Oh my Gosh, this is perfect this is great.’ And I feel like because he is a man and men know what they want to see on Only Fans, he’ll approve the content, so here we are.”

On competing in her first bodybuilding competition: “I just always loved fitness, I just never thought that I would do the bodybuilding. The diet is so restrictive, I mean so restrictive. You understand the disciplines that come with it if you lift weights, so you can transition a little bit easier to bodybuilding. I needed the structure, and I wanted to learn something new, so it’s very different. I learned what works and doesn’t work for my body. Also, I learned about peak week, which is the week of the contest, and that was the worst. The water loading, the depletion, I was on zero carbs for 3 weeks too. I went from 137lbs to 112 lbs. Fats were every other day, so some days were just protein, it was horrible.”

Melissa Santos Talks About Opening An Only Fans Account, What Brian Cage Thinks About It