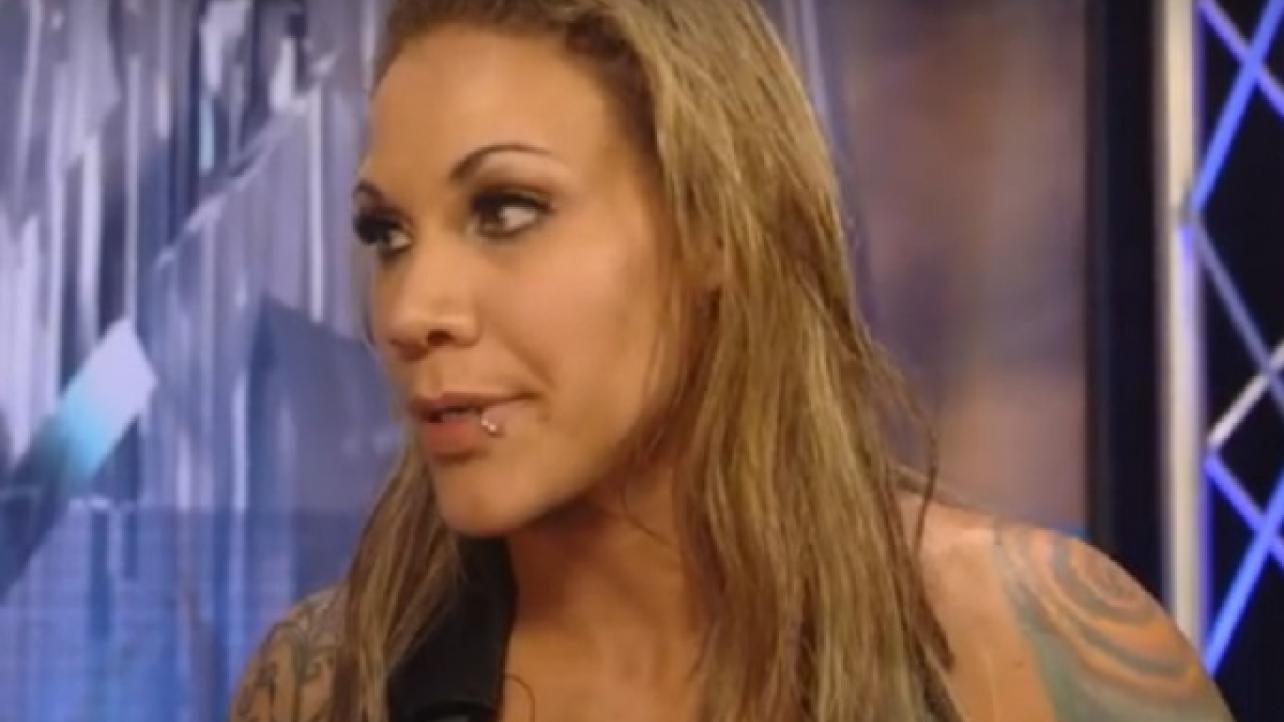 WWE Mae Young Classic 2018 competitor Mercedes Martinez recently spoke with the folks from TV Insider for an interview. Featured below are some of the highlights.

On thinking her appearance in last year’s WWE Mae Young Classic would be her only one: “After going so far in the 2017 one, I kind of thought that was it. I thought I had my chance and they weren’t going to have anyone else returning. I was excited because I didn’t know who they were going to bring in. But I was ready. I’m always ready for anything when it comes to WWE.”

On what the day is like at the WWE Mae Young Classic: “It’s a long day. You get up early prepared for what the day will bring. You see all these rehearsals that happen for production and lighting and cameras and the photo shoots. And you still have to prepare for a match. Your day is really long, but you take it in stride. Take the moment to enjoy everything that is happening because you never know when you are done in this business. Every photo shoot I get I think, ‘I’m going to work it.’ You think of it as almost a once in the lifetime opportunity that you might not get again. Live in the moment. That’s how I feel every time I come to WWE.”

On winning over new fans: “I was able to win over new fans. I’ve had people come up to me saying they like my style because it’s so hard-hitting. They became fans because of the Mae Young Classic. It’s a good feeling because then I know all this hard work on this main stage actually shows what Mercedes Martinez is all about. It’s good because I know that my style of wrestling is something different that I can showcase to the world. It’s amazing. I love my fans. Even the little girls who come out. I know there are a few who have come to me saying, ‘We love you so much. You’re Puerto Rican.’ That’s one thing that is important to me. Representing my heritage and show that to the world. It’s something truly amazing.”

Check out the complete Mercedes Martinez interview at TVInsider.com.