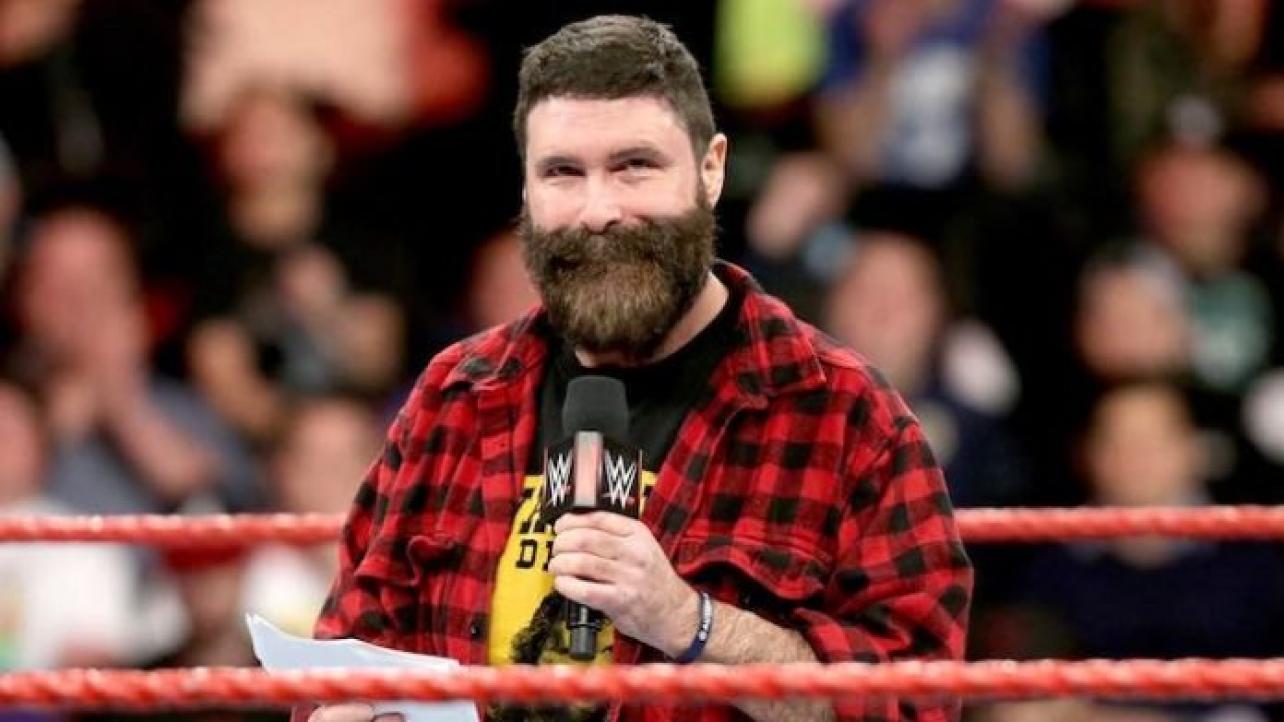 WWE Hall Of Famer Mick Foley took to his official Facebook page to share his thoughts regarding WWE announcing Jeff Jarrett as one of the inductees for the 2018 class of the WWE Hall Of Fame.

Check out Foley’s blog below.

Maybe I’ve been living in a cave or something, but I just found out late last night about Jeff Jarrett’s induction into the WWE. The news took me by surprise, not because Double J is not worthy of the honor, but because of his less than harmonious parting of the ways with the company in the Fall of 1999.

But I have occasionally pointed out that forgiveness is one of wrestling’s steadiest on-screen motifs – think of any other medium where a man can be run over by a car, and be teaming up with the perpetrator just a few months later. Why Dwayne The Rock Johnson laid the smacketh down on me with 11 brutal chair shots in the 1999 Royal Rumble, only to team up and form The Rock and Sock” Connection with me months later. So why not take that spirit of forgiveness that is central to on-screen storylines, and let it transcend into the real world as well? Especially when it allows someone as worthy as Jeff Jarrett (which is still spelled J..E..ha ha J..A..ha ha..Double R..ha ha..E..Double T ha ha) into the Hall?

I’ve known Jeff for 30 years, having met him when I arrived in the Memphis territory in the summer of 1988. I’ve written in the past (mainly in “Have a Nice Day”) about how my Memphis experience was not among the happiest of my career. A few of the guys down there made life a little bit more difficult than it needed to me. But Jeff was always cool; even though he was the promoter’s son, he had no problem befriending the new kid from the North – and he quickly became one of my favorite opponents, both in Memphis and the Dallas based World Class Championship Wrestling (later to become USWA).

Although Jeff would go on to achieve most of his fame as a heel, back in the late eighties, he was one of the smoothest, most effective babyfaces in the business. He had that ability to have good matches with just about anyone, threw one of the best punches in the business, and in a territory like Memphis, no stranger to wild brawls, when the blood started flowing, and Jeff’s magnificent mane of natural blonde hair turned to crimson, the women in the audience just about lost their minds!

Jeff went on to have successful runs with both WWE (6X IC champion) and WCW (4X WCW World Champion) but when Mr McMahon purchased WCW, he made it crystal clear that Jeff would not be coming along for the ride, courtesy of an infamous on-air public firing that seemed to permanently shut the door on any further relationship. Had it been any other wrestler, Jeff would have set about securing as many independent bookings as possible. Instead, he went about changing the landscape of professional wrestling.

I received a call from Jeff in 2002, telling me about this pay-per-view only concept he had for a new wrestling promotion. I thought that perhaps Double J had lost his mind. Yet here we are, 15 years later, and despite many a bump in the road, personnel changes, ring-shape revisions, and perhaps more doubters than any promotion in wrestling history, Impact Wrestling is still alive and kicking. For all the derision the mere name of the company creates in so many, it’s almost impossible to envision the current landscape of WWE, or wrestling in general without acknowledging the talent that got their break or spent their formative years with TNA – and in the majority of those cases, Jeff Jarrett was instrumental in their hiring, and their development. It’s my hope that Jeff’s induction is not merely a one night exercise in mending fences, burying hatchets and letting bygones be forgotten. Instead, I hope it will be an opportunity for WWE to utilize Jeff’s lifetime of wrestling experience to play some type of role with the company.

I know what it’s like to be on the outs with WWE. I also know what it’s like to be welcomed back with open arms – literally open arms. And when those open arms belong to Vince McMahon, and he wraps those arms around you, and gives you that big laugh, why, it’s one of the greatest feelings in the world. With that hug and that laugh, there is a mutual understanding that, whatever may have gone down in the past, all is forgiven. For Jeff Jarrett, that hug has been a long time coming.

I’ve known @RealMickFoley 30 years…always been a true friend…very special story between us that took place recently that I’ll share when appropriate…thanks for your kind words Mick! https://t.co/D6gTBXKrUk