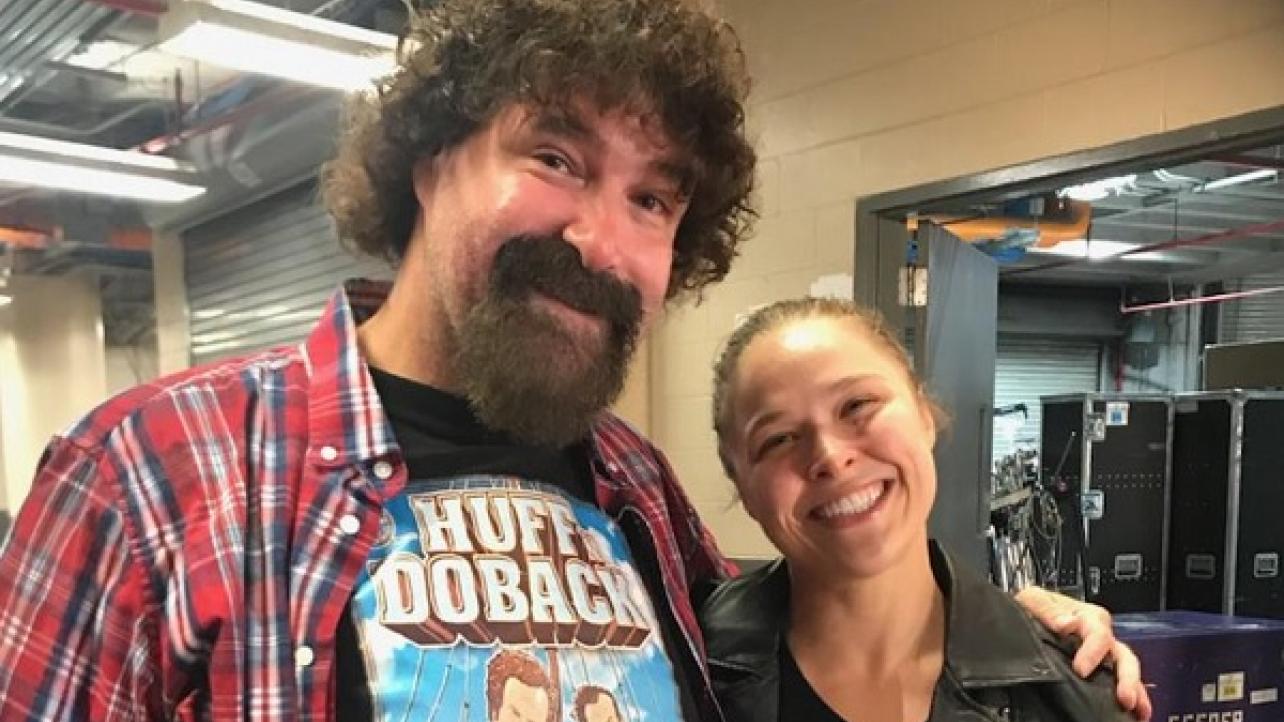 – WWE Hall Of Famer Mick Foley referenced Ronda Rousey’s “secret weapon” as a reason she will remain a top WWE Superstar for a long time to come in a tweet he posted with a photo of the two backstage at Monday night’s RAW show at the Smoothie King Center in New Orleans, Louisiana. Check out the tweet below.

.@RondaRousey – not only was it an absolute pleasure to meet you, but I saw something yesterday that has me CONVINCED you will be a HUGE
superstar in @WWE for a LONG time! It’s your secret weapon…use it wisely! #FoleyPredicts pic.twitter.com/Pb0jgI9dgC