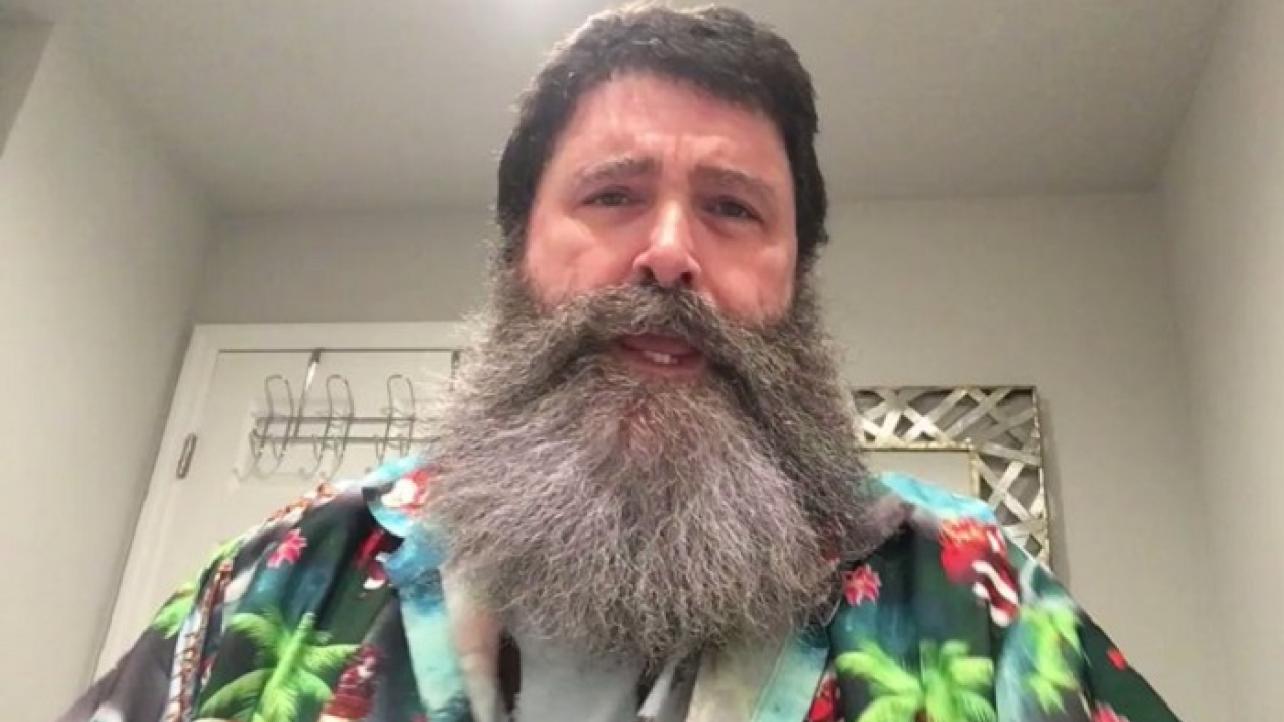 Mick Foley Explains Why He Recently Took A Break From Twitter

WWE Hall Of Fame legend Mick Foley addressed his recent hiatus from Twitter during his appearance on the Wrestling Inc. Daily podcast.

Featured below is an excerpt from the interview where Foley talks about taking a break from Twitter and reveals why he is now back on the popular social media outlet.

I got off Twitter for six weeks a while back, and there were two things that did it. It was the death of the young lady (Hana Kimura) in Japan by suicide due to bullying, and the other one was the president retweeted something by the Republican Cowboys. I have their names written down. Somewhere where the guy said, ‘the only good Democrat is a dead Democrat,’ and then immediately it was, ‘I know they’re going to try to take my words out of context,’ and I was like, ‘no, no, wait. I make a living using words.’ Those words are always meant to be taken literally.

They were from the time of a former Civil War General who was told by a Native American in 1869 that there are some good Indians out there, and the guy said, ‘well, the only good Indians I’ve seen are dead Indians.’ And then that got taken into ‘the only good Indian is a dead Indian.’ You name it. ‘The only good Nazi is a dead one.’ It’s meant to be taken literally, and I thought this guy has set the bar so low for civility that particular retweet didn’t even get a considerable amount of attention.

And I just thought, ‘how far have we fallen that a president could retweet that and say, hey see you in New Mexico or see you in November,’ and I thought well, he’s got 80 million followers. I think as a guy who uses words and has written 11 books and been a pretty effective communicator, even without my bottom teeth, that those words are meant to be taken literally.

Check out the complete Wrestling Inc. Daily interview with Mick Foley below.

Mick Foley Explains Why He Recently Took A Break From Twitter