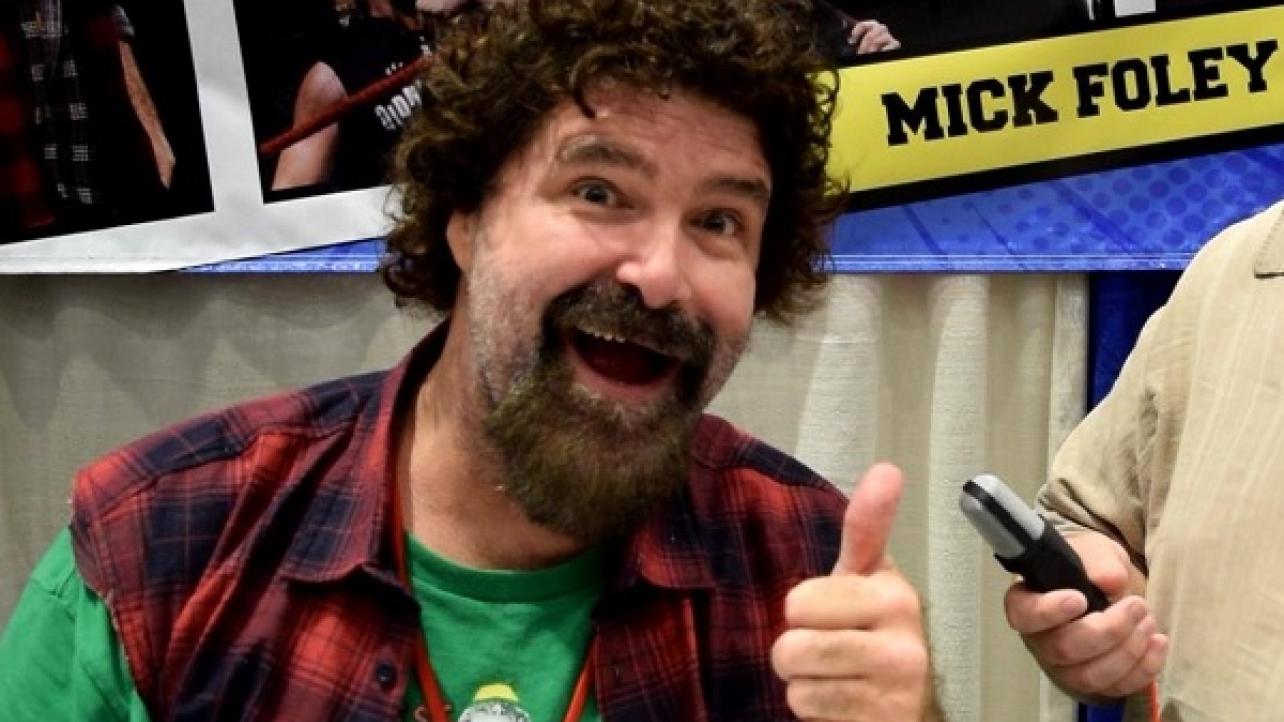 Mick Foley On His Place In Wrestling History: “I Think I’m A Bit Overrated”

WWE Hall Of Famer Mick Foley spoke with the folks from Press Slam ahead of his appearance on tonight’s RAW at the Smoothie King Center in New Orleans, Louisiana.

During the interview, “The Hardcore Legend” opened up in an extremely honest fashion about where he truly feels he stands in the history of the pro wrestling business.

“If you ask me where I stand in wrestling history, I think I’m a bit overrated, to tell you the truth,” said Foley. “I do. I just call it as I see it. I don’t think some of the matches stand up the way that I would like them to have.”

Foley went on to compare it to his one man stage shows, claiming that he just wants to take fans on a journey and create memories.

“One thing I’ve learned from portraying Santa for so many years is that it’s not the size of the crowd, it’s the way, the ability to create memories,” Foley said. “That’s really my hope is, much like a really good match, I hope that people feel like they’ve been on a little bit of a journey with me by the time the show is over.”

To hype the upcoming WWE Super Show-Down “Last Time Ever” bout between The Undertaker and Triple H, Mick Foley will be appearing on tonight’s RAW, along with “The Game.” Make sure to join us here at Rajah.com later this evening for live play-by-play results coverage of the event.

Check out the complete Mick Foley interview with Press Slam at Player.fm.

Mick Foley On His Place In Wrestling History: “I Think I’m A Bit Overrated”