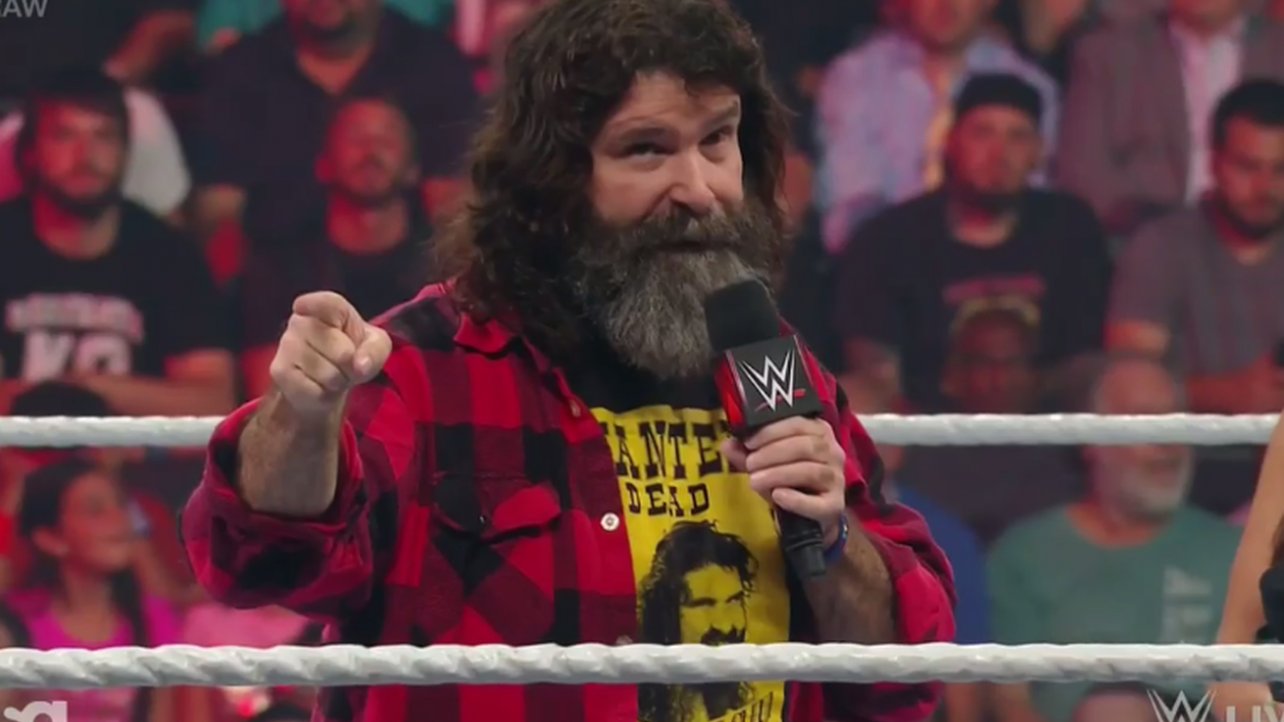 WWE Hall of Famer Mick Foley recently took to his “Foley Is Pod” podcast, where he spoke about topics such as appearing as all three of his wrestling personas in the 1998 WWE Royal Rumble Match and if he took two spots from other wrestlers in order to do that.

“Probably, there were two men in the dressing room who thought to themselves ‘I lost my spot in the Rumble.’ But we are about creating memories. Sometimes you have to take one for the team, y’know? Like the Gimmick Battle Royale that took place [at WrestleMania X-7], there were a lot of men who had been cost an entry into the traditional WrestleMania battle royale. But it’s the Gimmick Battle Royale! It’s about creating memories. On the big shows, you have to come up with things that people remember fondly. I’ll go out on a limb and say… I apologize to whichever two pieces of talent I cost a spot to, I don’t know who they are. But [the three faces of Foley] was really special, that was fun. I think in the history of the Rumble that’s a top-five moment? I think it’s really safe to say it’s top ten.”

Mick Foley also spoke about if appearing as his three characters in the 1998 Royal Rumble was his own idea.

“No, the three characters was not my own idea because I don’t think I would have had the gumption … to bring up such an idea.”

Mick Foley also spoke about if appearing as his three characters in the 1998 Royal Rumble was a Vince Russo or Jim Cornette idea.

“I have to believe it was Cornette … OR Russo. I’m not sure so maybe we could have both of those gentlemen call in and offer up the truth whose idea was it. It wasn’t mine, though. I jumped at it. I’m glad/happy to take the credit supplying a great moment, or series of great moments, but it wasn’t my idea.”

Mick Foley also spoke about if he received three separate pay checks for his three appearances.

“(laughs) I wasn’t even thinking about it. I wasn’t geared that way at that time. I didn’t question anything. It wasn’t until middle of ’98 that I started questioning. You talk to JR [Jim Ross] about that. I got to the point where I was not shy about sticking up for what my worth was with the company.”

Mick Foley then spoke about having to change his ring gear three times.

“At that point, Mankind was not going with the sweats and sneakers. He was a tights and boots guy. I was a seventeen a half inch [wrestling boot] man. All three characters wore boots that went almost all the way up to the boot. Mankind might have been fifteen. Cactus went way up there. If I had to change one thing it would’ve been Velcro. All the way around. I would’ve invested in Velcro for all three of those pairs of boots because that was the most ominous threat! How do I get those boots off? There’d be a team of people working on me. It was like a pit crew. I’d come back, I’d probably have the one boot I’d be working on; even when it came time to put on the other boot we had someone moving here, here. It was harrowing!”

You can check out Mick Foley’s full comments at this link. H/T to 411Mania for transcribing the above quotes.