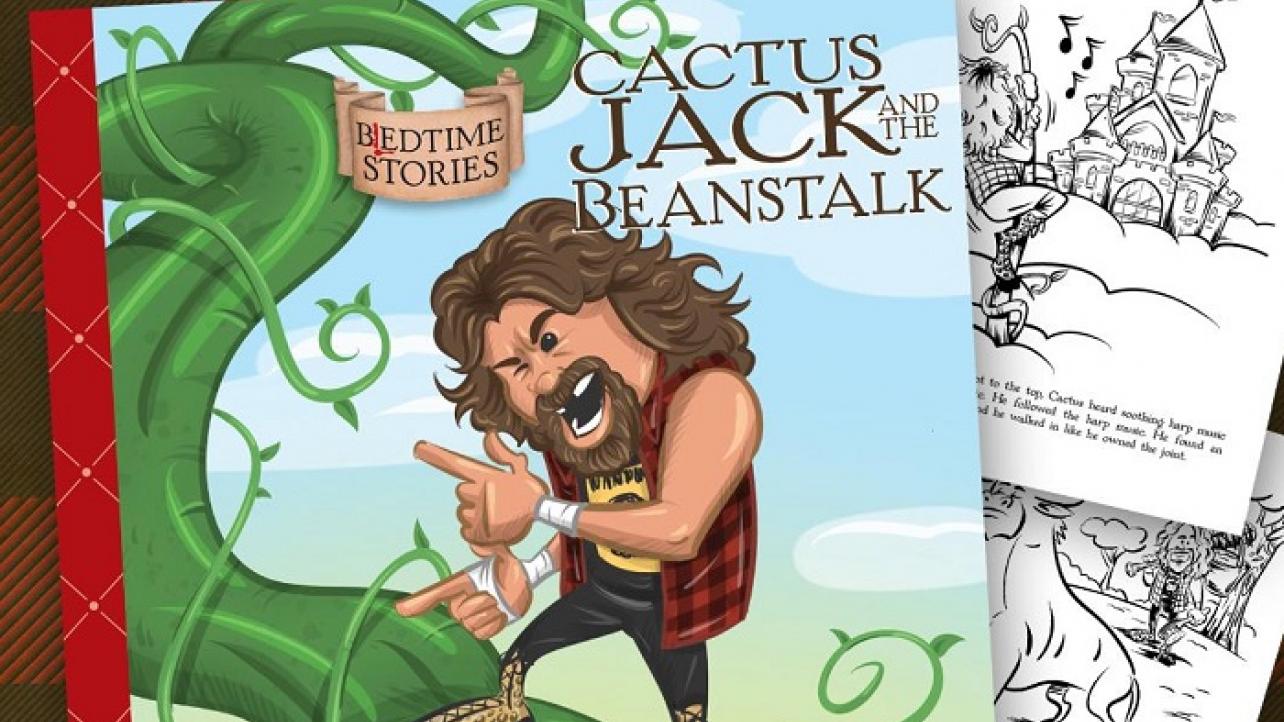 WWE Hall Of Famer Mick Foley recently announced that he will be releasing a coloring book called “Cactus Jack and The Beanstalk” through WOHW Publishing, with the proceeds going to a good cause.

The Hardcore Legend made the official announcement during a comedy appearance in Albany, New York in October.

WOHW.com, the official website of the WOHW Publishing company, announced a new series of coloring books for grown-ups called, “Bledtime Stories,” which will feature a number of past pro wrestling legends, including Mick Foley.

The proceeds generated from Foley’s new book will be donated to the WWE-supported Connor’s Cure charity, which was named in honor of late WWE Hall Of Famer Connor Michalek.

Featured below is the official announcement regarding the new “Bledtime Stories” series, which kicks off with the aforementioned “Cactus Jack and The Beanstalk” story.

BLEDTIME STORIES: COLORING BOOKS FOR GROWN-UPS – This fun project is a new “collectible coloring book series for grown-ups” that pits professional wrestlers against their toughest opponents ever… the classic fairy tales! And yes, these tales are all co-written by the headline wrestlers, themselves!

GET SOME COLOR WITH THE LEGENDS! We are kicking this series all off with the re-telling of a classic legend by “The Hardcore Legend” himself, Mick Foley! Future Bledtime Stories include professional wrestlers like Sabu, Brutus Beefcake, Kamala, Justin Credible, & Tito Santana just to name a few along with tons of cameos. All of the chapters in the Bledtime Universe, of course, will always provide the reader with an entertaining story, a collectible keepsake, and also the ability to “get some color” with the legends for every scene according to their wildest imaginations.

PREORDER ISSUE #1, CACTUS JACK AND THE BEANSTALK: Artist Pete Bregman teams up with writer Kenny Casanova to bring you the first chapter is entitled “Cactus Jack And The Beanstalk” spoofing the original story. With Mick Foley lending his pen to this twist on the famous fairy tale, it is really a who’s-who from the career of our hero, spotlighting a number of cameos from his past. There really is no telling what is going to happen on the pages, that is, unless you pre-order now!