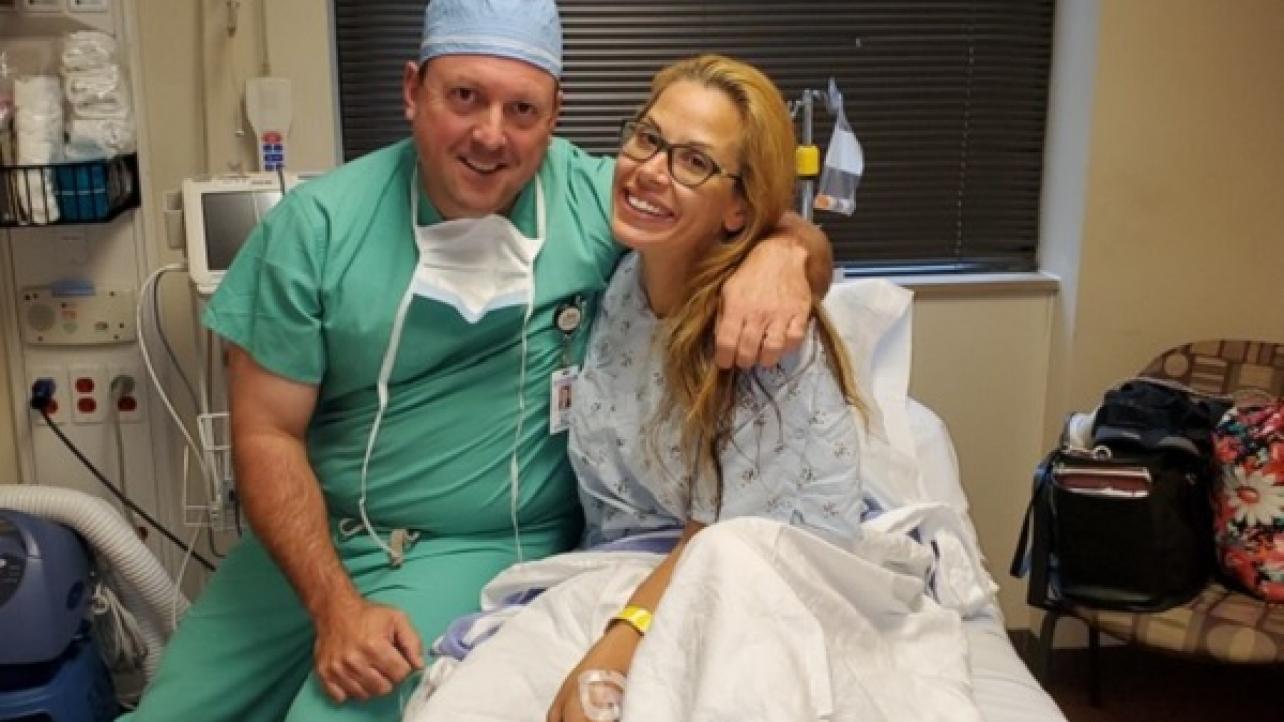 Mickie James Comments On ACL Surgery, What She Will Do With Off-Time

As noted, Mickie James recently went under the knife to get surgery done on her injured right ACL.

In a new update from her official website, the WWE veteran talks about her condition following the operation.

Featured below is the blog from MickieJames.com:

On Tuesday, July 16, Mickie James found herself in unfamiliar surroundings – the surgery room.

For the first time in her incredible career in professional wrestling, James went under the knife to repair extensive damage to her right ACL.

The surgery comes as the result of an injury suffered in June at a WWE Live Event, during a match with Carmella in Waco, TX on June 1.

“From the very moment of impact, I knew something was wrong. I hoped against all odds that it wasn’t a serious injury, but it was that bad,” James said. “I don’t fault Carmella. She has always been a professional.

“I’ve been very lucky to avoid major injuries in the past; but eventually, everyone’s luck runs out in the ring. After 20 years, I guess mine did.”

James quickly went off the road to rest. Surrounded by her family for the next few weeks, James awaited her surgery date to be confirmed while taking the opportunity to turn her focus on other facets of her career, including performing at the MiLB All-Star weekend festivities in Richmond, Virginia.

“Playing through the pain is something that we as professional athletes do all the time,” James said. “Despite my injury, I couldn’t pass up the incredible opportunity to share a stage with some of the biggest names in country music, especially in front of my hometown crowd.”

James, as has been widely reported, now faces a nine-month recovery process; but she’s not simply going to sit on the sidelines and rehabilitate. Instead, the multi-dimensional icon will be amping up the opportunities to get intimate and interactive with her fans.

“You’re going to see me doing things I haven’t been able to do in ages,” James said. “We’re talking fan expos and conventions, more music performances and, of course, appearances with WWE.”

Through it all, James is going to be breaking news through her website, mickiejames.com. This will be a portal into everything going on in the life of Mickie James and will include videos of her rehabilitation process and stories that take you behind the scenes like never before. James will be more vibrant than ever online.

“I’ve worked hard with my team to line up some incredible features for our website and social media,” James said. “I won’t give out all the spoilers just yet, but there is going to be a lot of things happening on my website and on my social media accounts that you will be thrilled to see.”

Mickie James Comments On ACL Surgery, What She Will Do With Off-Time