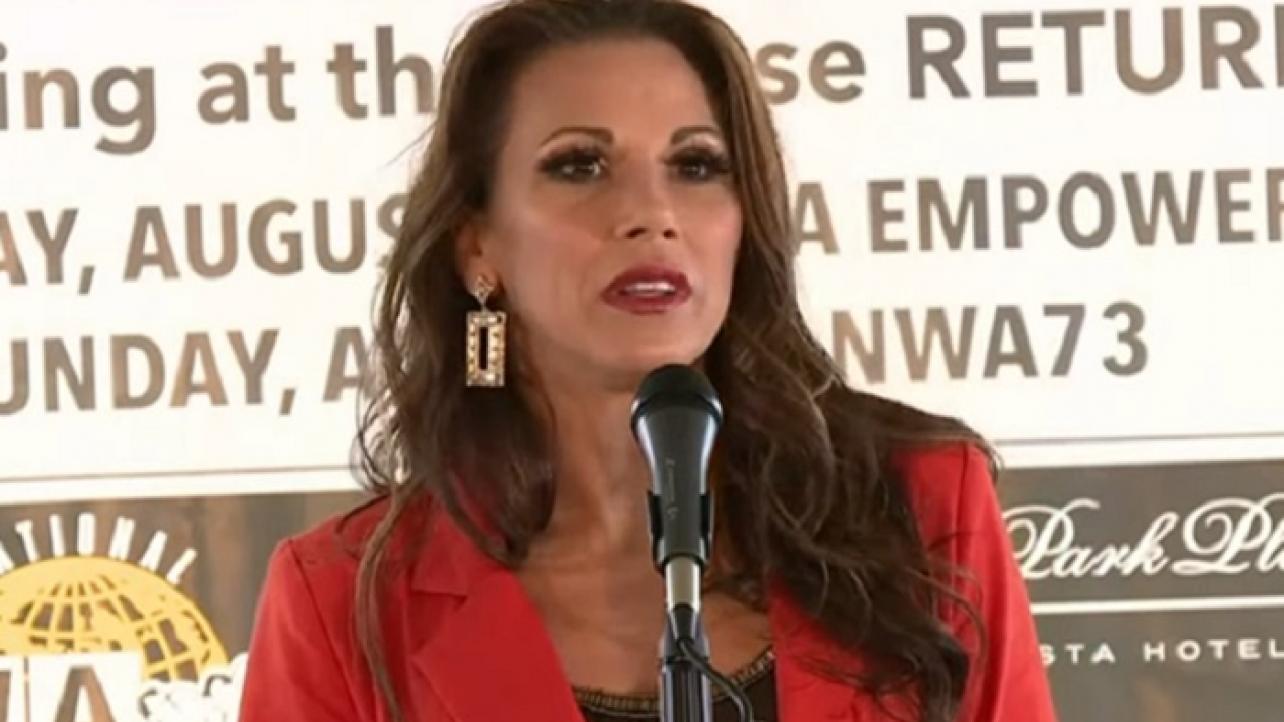 Mickie James once pitched an all-women’s show concept to WWE.

How did that go?

The NWA and IMPACT Wrestling performer told the story during a recent discussion with the folks from Sportsline One.

Featured below is an excerpt from the interview where the singer of “Hardcore Country” touches on this particular topic.

“Coming back from injury and figuring out what was next, I had been asked to work behind the scenes and in a producers role. I did commentary for awhile. I remember right before WrestleMania, I went to NXT to do commentary and had some much fun. I had very important conversations with very important people. I said, ‘Hey, let’s do an all-women’s brand. We do 205 Live and all these other things. We need content for The Network. We have an immense amount of talent, talent that isn’t necessarily getting used on television right now. This could be a wonderful place for them to grow and find their voice and find their way to become stars in this pocket until they are ready to come to television. We could pull from here for the female talent.’ It was met with a lot of resistance and maybe not understanding of why I was fighting so hard. I wasn’t just fighting for me and I wasn’t the only one who posed this question or went to the well. When I realized that this was the fight that I was hanging my hat on, it was unfortunate that it didn’t happen the way I wanted to in that moment.”

Check out the complete interview at YouTube.com. H/T to Wrestling Headlines for transcribing the above quotes.