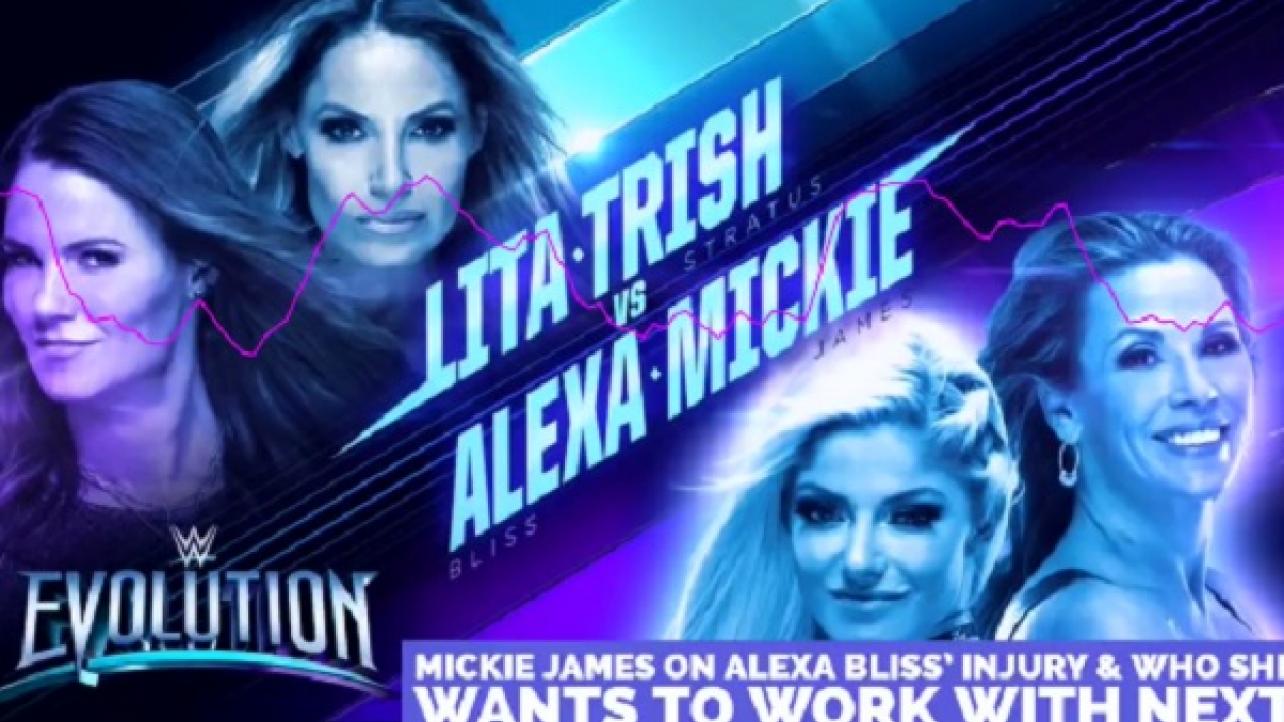 Mickie James appeared on Busted Open Radio ahead of this Sunday’s WWE Evolution pay-per-view and during her interivew, spoke about the injury/concussion that Alexa Bliss is currently dealing with.

James said that Bliss will definitely be at the PPV this weekend, and the two will compete as scheduled against returning WWE Hall Of Famers Trish Stratus and Lita in tag-team action. She also noted that Bliss is getting better every day.

“Obviously, we all know this isn’t ballet and it comes with the territory,” said James. “So, as long as it’s what’s best for business and what’s best for her long-term health, and everything else like that.”

Check out highlights from Mickie James on Busted Open Radio below, and make sure to join us here this Sunday for live play-by-play results coverage of the WWE Evolution PPV.

“I have no doubts that regardless, we’re all going to be out there and it’s going to be amazing.”@MickieJames gives an update on @AlexaBliss_WWE injury concerns, why @itsBayleyWWE would fit in well in her era & wanting to work with @SashaBanksWWE #RAW #WWEEvolution pic.twitter.com/eVYGrgTW3i