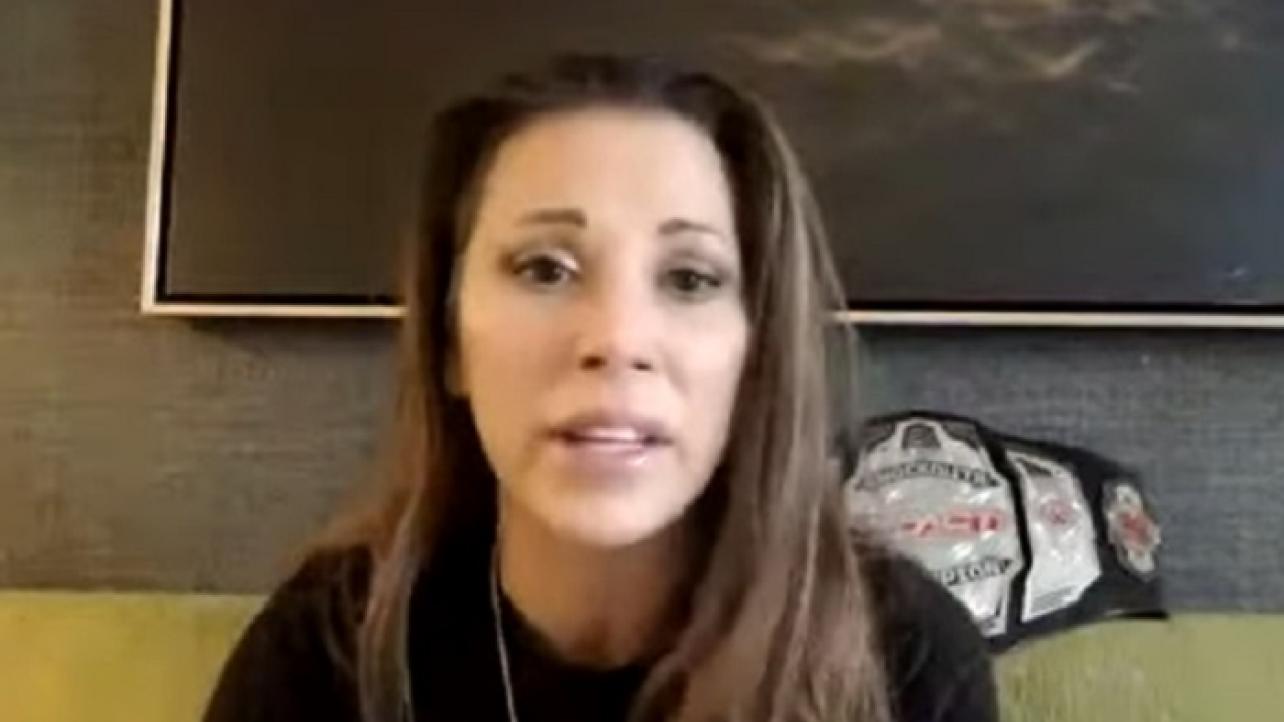 Mickie James recently spoke with SP3 on Tru Heel Heat for an in-depth interview promoting the upcoming IMPACT Hard To Kill 2022 special event and other projects she is involved in.

During the discussion, the IMPACT Knockouts Champion spoke about her interest in having a match with Charlotte Flair, as well as two other stars from AEW that she would like to share the squared circle with before she retires.

On how she would love a match with Charlotte Flair, particularly because she never got the chance to work with her during her most recent WWE stint from 2016 to 2021: “I still would want a moment with Charlotte because I never got it, that’s number one. That will always be…I really wanted to have that moment with her. I don’t know why it matters so much, I’m just like ‘God, we finally got that little moment in the Rumble,’ a little beat, and it was pretty awesome. My whole tenure there, the whole time I was back, we were never in the ring together until that moment, which is so crazy to me. I was pretty much in there…I would have loved to have a run, a real angle with Sasha, Bayley, Becky. I love all those girls, they are mega-talented and I always think about what I could do with them or what we could do together.”

On also wanting to share the ring with Serena Deeb and Dr. Britt Baker: “Britt is amazing, I’d love to do some stuff with her. Serena, I want to wrestle her always and forever. I’m open all challenges. It was cool to wrestle Kiera. That was a cool bridge because she’s with AEW but never had a shot at the IMPACT Knockouts Championship when she was there. At NWA we were able to do that and have this moment. I have so much love and admiration for her. She has such a good heart and soul and is so passionate and is so young and is going to go so far and do so much. I’m excited, I just never thought we’d actually be in the same ring together. To be able to make that happen was pretty cool.”