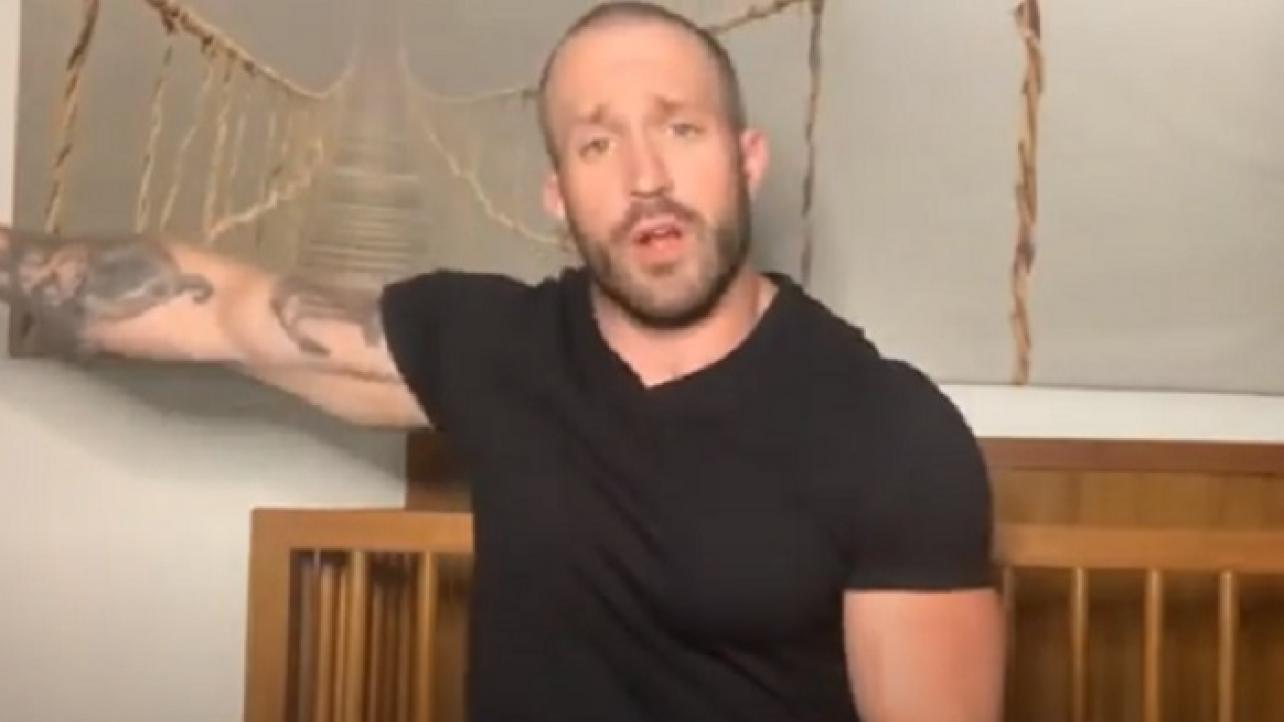 Mike “The Prodigy” Bennett recently appeared as a guest on the Shining Wizards podcast for an in-depth interview covering all things pro wrestling.

During his appearance on the popular pro wrestling program, “The Prodigy” spoke about his thoughts on the ROH reboot, the commentary duo of Ian Riccaboni and Caprice Coleman, the OGK and Matt Taven, WWE teaching him good and bad things and how AEW never reached out to him when he parted ways with the sports entertainment conglomerate.

On his thoughts on the commentary duo of Ian Riccaboni and Caprice Coleman: “I feel like I need to say this, because I think this is what adds so much to our product. It’s the commentary. The commentary is so pivotal to what we do. I was watching the Pay Per View the other night and I was sitting there thinking to myself that it’s not just a seasoning on the product. It is so pivotal to what we’re trying to get across and I feel like if you took away Ian or you took away Caprice, we wouldn’t get the same feeling or the same message across, which is that this is an actual sport with two competitors, and at the end of the day winning and losing means something and it has consequences.”

On the OGK and Matt Taven: “This is no secret, and I think I’ll tell anyone who listens to me, Taven is my best friend in the ring, outside the ring, on TV, and in real life. He’s my best friend. So being able to go back to the company that I love and also doing it with your best friend, who I’ve been able to travel the world with and have all these experiences with, it’s the best. He was always there when I was going through all the trouble with WWE. When I was sick and tired and bored and frustrated and this and that, so he knows the struggle. To have someone like that who is just as excited for me as I am for him, it’s just awesome. I don’t have enough nice things to say about him and us coming back as The Kingdom.”

On WWE teaching him good and bad things: “It’s funny man. I took a lot of good things away from there. Despite what people think, like everyone always assumes I hated everything about it, and I’m bitter and this and that. It’s the exact opposite. I think people get annoyed because when I get asked the question, I just speak the truth. I don’t try to sugar coat it. I don’t try to think in my head “what should I say so I could eventually go back.” People ask me a question. I’m brutally honest. Whether that’s good or bad. I think that’s my sobriety talking, but that’s just the way I have been for the past four years. Like, just be honest with it. WWE taught me a lot. I’d be lying if I didn’t say that some of the people I met there, I adore. I still have friends there. I got to wrestle at WrestleMania. That was really cool. I got to be part of one of the biggest wrestling companies in the world. I got to travel the world with that company. I got to do European tours. It was a lot of fun. I think the biggest thing I took away, which again, some people might take this as a knock – it’s not a knock – going to WWE taught me what I didn’t want in this industry. What I didn’t want to be. It changed my love for what I wanted. It was always WWE or bust. I got there and I went, you know what, this isn’t for me. This isn’t what I like. And I think that’s ok. And I think that’s a positive to take away from it. In WWE, I grew as a man. I grew as a husband. I got clean and sober. There’s a lot to look at in those last three years that I was there and be like, it wasn’t all bad. My biggest frustration was that once I got clean and sober, I wanted to work, and WWE didn’t want me to work. They didn’t want me to do anything. I would push and push, and I’m like I’m not looking for world titles. I’m not even looking for a push. I’m asking you to just put me to work so I can prove to you that I do deserve these things. They just didn’t want to do it.”

On AEW never reaching out to him: “You know, they didn’t reach out to me. Wrestling is very like “brother, brother.” You talk to some people. You put out feelers. Everything was always put out there, but nothing was ever like attacked. Because, I think always in my head, with Taven, it was always Ring of Honor. I never really wanted to go anywhere else. You obviously, if you’re a businessman, and a smart businessman, you put everything out to everybody because you never want to put all your eggs in one basket. But you know, when I got fired, one of the first people to reach out to me was Delirious, where he just sent me a winky emoji on Twitter. And Maria was laughing. She’s like, “wrestlers are so weird.” Like what business does that? It was just one of those “Hey I got ya,” you know? That always meant a lot to me because Delirious, he took over the book when I first started in ROH, so me and him have always had a very good relationship, and it’s always meant a lot to me. So when I got that, it was just kind of like “I got you pal,” which meant a lot to me at that moment considering what was going on and what we were going through. So it was one of these things where I was going to put out these feelers, but I know where I’m going and I know where I want to go, so it wasn’t really like attacking anything head on.”

On sobriety and being an inspiration to other people: “Whenever I get fans, or get people that I know that say things like that, there’s nothing else in this industry that means more to me, because at the end of the day, winning world titles and having a legacy is great, but if you can affect somebody’s life personally, what else matters? To me, the best feeling I ever get is when fans come up to me and say, “my story helped me do this,” or “your story helped me do that.” I’ve had fans reach out to me and say that just the fact that you (Mike) tweet about it led to a conversation with me and my wife where I came out to her that I had an addiction. Those stories, it gives me goosebumps to know that I can have an affect on people like that just by talking and just by being open and honest. I feel like we’re not open enough. I feel like we demonize people when they talk about their issues or their problems and we tell them they’re strange or weird when everybody deals with something. Everyone either knows someone who went through an addiction, everyone has a relative that deals with mental health issues like depression, OCD, or anxiety. It’s something that is so common and so prevalent in this country, but we shy away from it when it gets brought up. It’s like we can’t talk about the fact that huge amounts of people in this country deal with depression, let alone the fact that we just had a pandemic and we were all locked in. Now we’re dealing with horrible suicide rates and horrible mental health problems and we won’t talk about it? Won’t be open and honest about it? I don’t have a huge platform, but I have enough of a platform that I can say to people that I don’t need to put up this false bravado. I’m human. I have kids. I’m a husband. I deal with mental health issues just like everyone else and I can still find a way to live a healthy, successful career. If I can do it, so can you. I think that’s important to get out because there are so many people in the entertainment industry that deal with mental health issues and if we can stop putting on this fake perfect face that everything’s perfect when it’s not and be like I have bad days and I have good days, and sometimes my bad days are really, really, really bad. And I need you to know that that’s ok. You just have to figure it out and get through it. It doesn’t make you a bad person. It doesn’t make you strange. It makes you incredibly human.”

Check out the complete episode of the Shining Wizards podcast featuring the Mike Bennett interview at ShiningWizards.com. H/T to Wrestling Headlines for transcribing the above quotes.