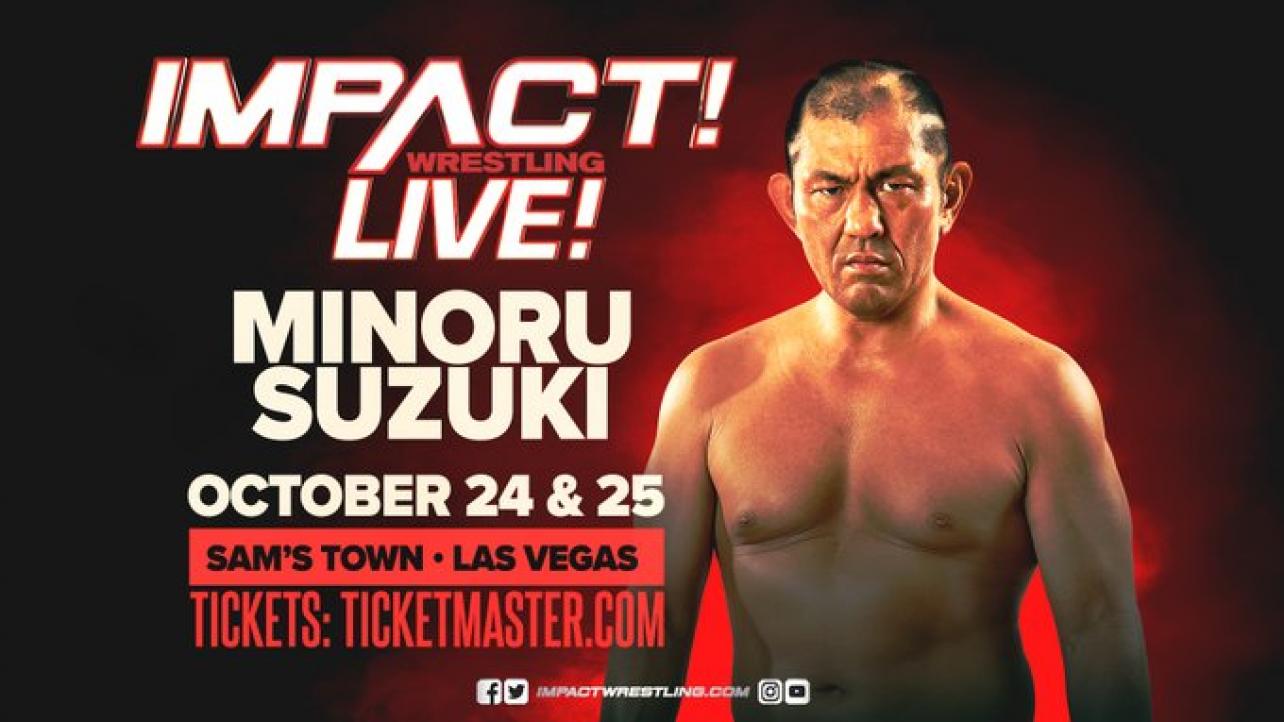 As noted, IMPACT Wrestling announced during this week’s edition of IMPACT On AXS TV that the Japanese pro wrestling legend is coming soon to the promotion.

Since the initial vignette aired, the promotion took to social media on Friday to announce the actual debut date for the Japanese legend.

Suzuki has been confirmed for the IMPACT On AXS TV taping at Sam’s Town in Las Vegas on October 24 and October 25, which will be the post-Bound For Glory shoot.

Featured below is the announcement.

BREAKING: See @suzuki_D_minoru LIVE at our television tapings at @samstownlv in Las Vegas on October 24th and 25th!