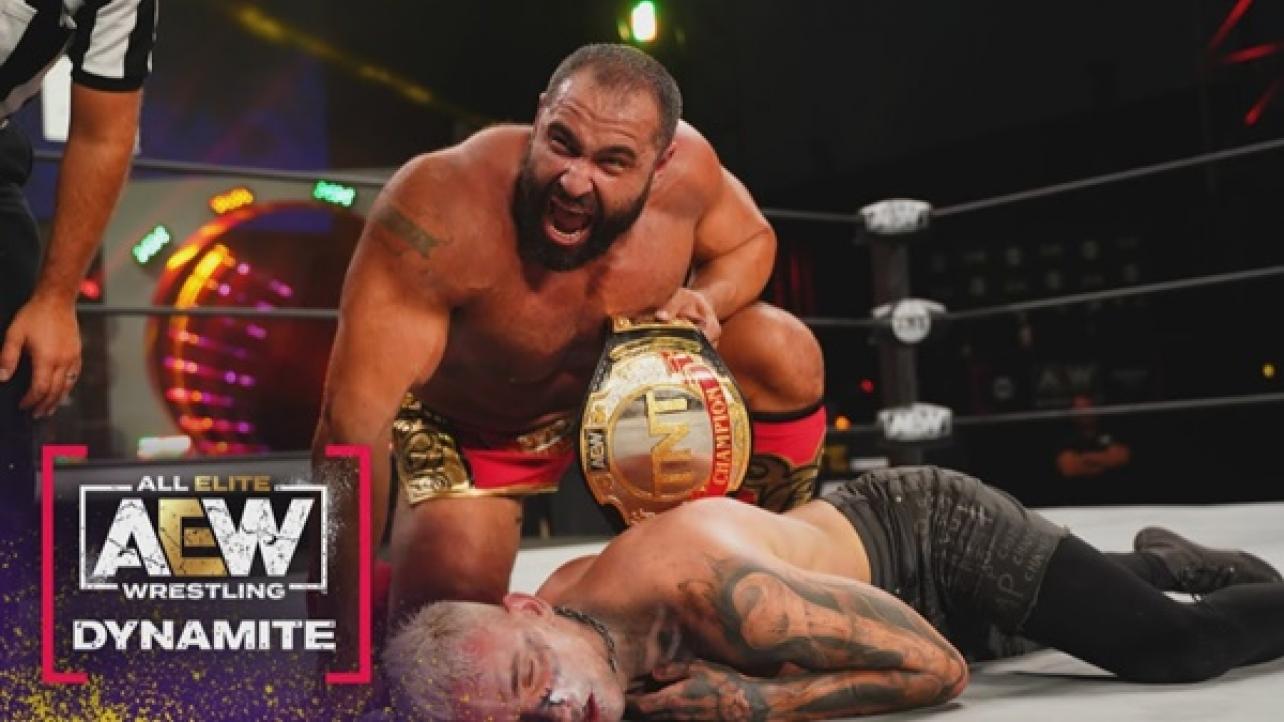 Miro On What Winning The TNT Title, Joining AEW As The Best Man

AEW superstar and current TNT champion Miro recently spoke with the New York Post to hype this Sunday’s Double or Nothing pay per view, where the Bulgarian Brute defends his title against the Murderhawk Monster, Lance Archer. Highlights from the interview are below.

Whether this is the version of himself he’s always wanted fans to see:

“There is no other version, this is me. I finally have the opportunity to show how real I am and people click with that and people see it. It’s an easy thing to do for me to just be out there and be myself and do what I do best.”

What he wants the audience to get from his character:

“To see how real I am. In wrestling, it’s full of crap characters who come out there and try to be something they’re not and that’s not how this thing works. You have to draw emotion from within yourself. You got to be yourself, you got to represent what you believe in and that’s what I do and that’s why it’s clicking so hard with the people because they can see I’m not bulls—ting them. This is all real. It’s coming straight from my soul, and it’s my destiny and they see that and you can’t see through that.”

How being the Best Man with Kip Sabian led to his becoming TNT champion:

“I’m good. I always knew I’m good. This is the problem with me, I’m good at everything. So if you give me something, I’ll make it the best (of it) and that’s the problem. I won’t be happy until I’m the talk of the whole business, of course. But somewhere along the lines, and this is going to tie it into it, I kept saying yes. I became this circus bear. I was a killer. I came in 2013-14 (to NXT) and killed everybody and then they gave me a little bit of something else. I showed how good I was at that, too. I became like a circus bear. The more I said yes, the more crap I have to eat. I said yes to the wedding and yes to the dancing and yes to this and that, but that’s not who I am, man. You have to go through these moments until you finally reach your destination. I wouldn’t change a single step. I’ll take the weddings. I’ll take everything because it leads me to my destination and now being the TNT champion.”

Says even in WWE he was the best at what he did:

“WWE, who cares about that, it is what it is. I was the best there. I‘m the best here. Nothing changed. It’s just the direction of the wind. I came from a killer then they went, hey I don’t get along with Lana anymore. Cool, we will figure that out as well. It doesn’t matter what they give me. I am the best, but it doesn’t mean I’m used the right way. But now that I have the opportunity to be me, I’m going to go out there and I’m going to rip your heart and stick it right into your throat and make you chew it right in front of me and then I’ll kill you and I’ll forgive you. Then we’ll move onto the next. This is who I am and this is who I always wanted to be and now I’m doing it and I can’t be more happy than that.”

What it meant for him to become TNT champion:

“It just solidifies me as a made man. As you said, it’s been a while. It’s been a couple of years and that shows you the cream always rises to the top. The TNT championship is one of the best titles, not just in pro wrestling, but in sports. Because to compete every night to such a degree, I do not know any other title that’s being protected the same way.”

On his epic promo from last week’s AEW Dynamite:

“We all know there is a greasy champion out there. He calls himself a belt collector. Ha. He’s got all these titles from all these countries but there’s only one problem. I have this one piece, one title that [AEW Champion] Kenny [Omega] doesn’t have. And let me tell you, I would love nothing more than for him to fool himself into thinking he can take it from me. This is the one guy that I’ve been wanting. This is the one guy that I’ve been studying and I cannot wait until he thinks it’s a possibility.”

Miro On What Winning The TNT Title, Joining AEW As The Best Man