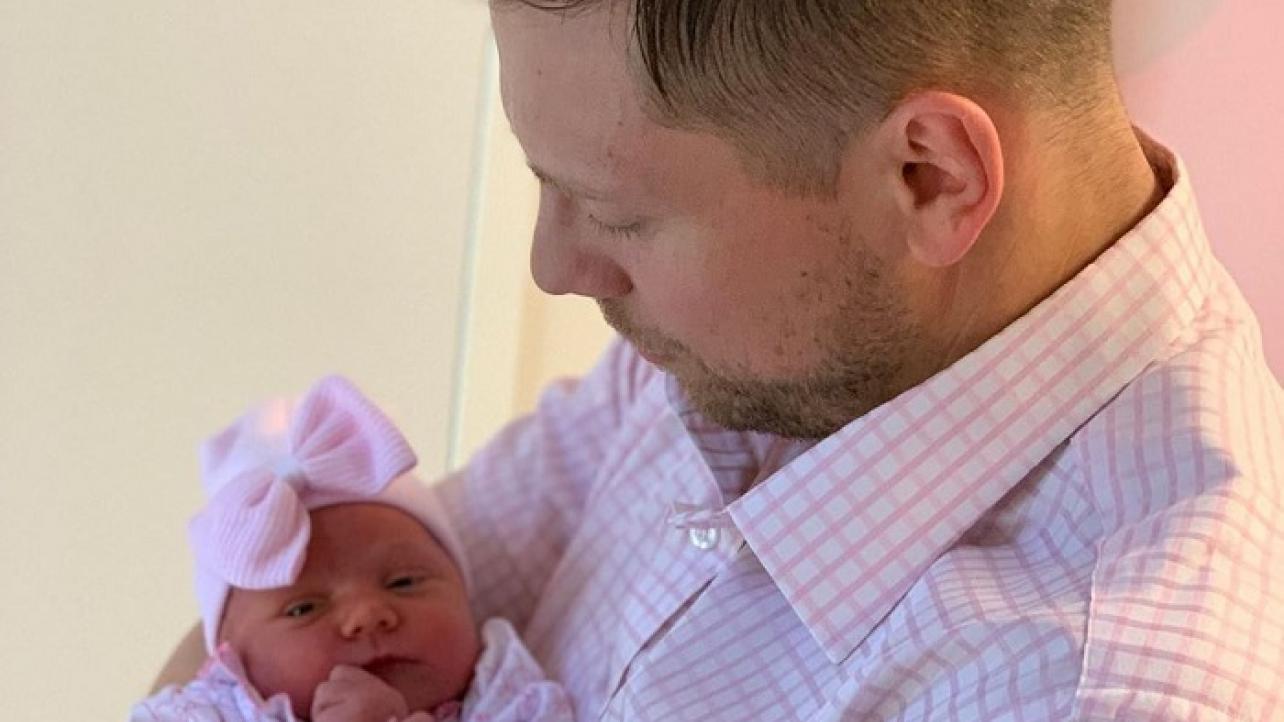 The Miz On If New Baby With Maryse Affects WWE Career, Photo Of The Miz With His Newborn Child

Is having another baby with Maryse starting to make The Miz contemplate potential retirement? Apparently not even a little bit.

“The Most Must-See WWE Superstar” spoke with Metro Entertainment out of the United Kingdom for an interview recently, and was asked how having another child with Maryse and starting a family together has affected his WWE career and future plans, if at all.

On how having kids affected his workout routine: “Honestly, I’m one of those dads that loves holding my daughters. I love rocking both of them – even though Monroe’s getting heavy, it kinda helps me with working out! When I feel tired and I’m like, ‘Man I didn’t work out today – wait a second, I must have picked up Monroe at least 50 times.’ So, that’s my work out now!”

On daughter Monroe seemingly captivated by watching WWE on television: “Right now, they’re really young. Whenever Monroe sees WWE on, she always likes to sit down and watch because she loves the colors. There’s so much going on for her eyes to see, she actually likes it! She likes that and nursery rhymes, because literally I watch Dave and Ava on YouTube probably every day, I know every song, every nursery-rhyme I could sing to you.”

I promise to hold you right now and forever through thick and thin, the good times and the bad. I love you, Madison Jade Mizanin.

On starting a family still not making him even consider retiring from WWE yet at this point in his career: “No, [I don’t plan to retire soon]. I’m working as hard as I possibly can to make sure my two daughters – as well as my wife and myself – get to lead the life that we love to lead. And I love working, I really do. It makes me happy, it makes my wife happy, and as long as my family’s happy, that’s all that matters.”

Check out the complete interview with The Miz at Metro.co.uk.

When you become a dad – you’ve got to adapt @mikethemiz and this is how he’s doing it https://t.co/TOHovUsPnL

Has having a new baby with @MaryseMizanin (#Maryse) affected #WWE career or plans @mikethemiz (#TheMiz) had for his #wrestling future?

The Most Must-See @WWE Superstar of ALL-TIME & @MizandMrsTV co-star talks to @Metro_Ents about exactly that!

The Miz On If New Baby With Maryse Affects WWE Career, Photo Of The Miz With His Newborn Child