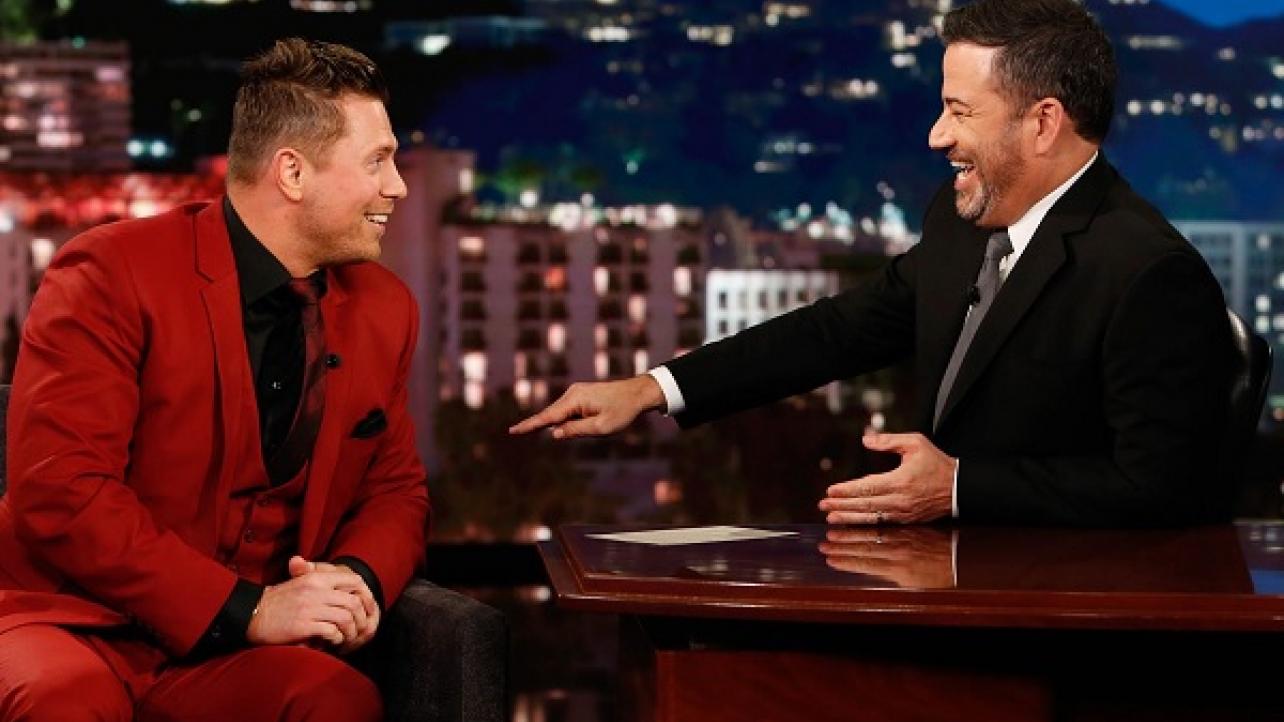 Today anxiety has set in and I’m on the verge of a panic attack but Im in control This Sunday We’re not just representative of ourself and our ideals but Soo much more.

I am not a charity case. @itsBayleyWWE , I am going into #SummerSlam to win…

Gimme all ya got https://t.co/yvw5bRW4DO

– Speaking of Sunday’s WWE SummerSlam 2019 PPV, The Miz appeared as a guest on the late-night talk show, “Jimmy Kimmel Live” to promote the show and talk about his excitement for the Bill Goldberg vs. Dolph Ziggler match.

WWE and The Miz posted the following tweets after the co-star of the USA Network reality series, “Miz & Mrs.” appeared on the program.

Thank you @jimmykimmel for not only having me as a guest on @JimmyKimmelLive but all the free drinks in my early 20’s when I would sneak into your lounge hoping one day I will be a guest. Yesterday was that day. Click here to see full interview https://t.co/h1BztNLAuo. #Kimmel pic.twitter.com/cwSoWrZJiR