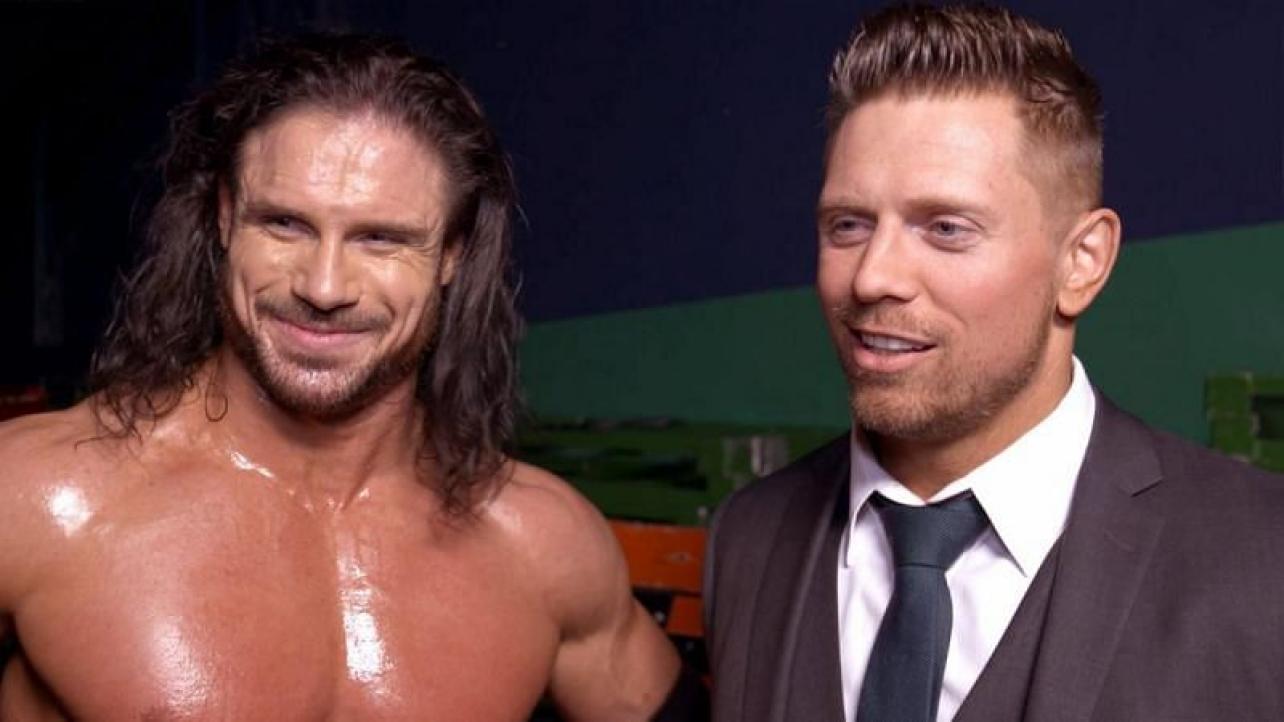 WWE’s first ever Two-Time Grand Slam Champion The Miz recently appeared on the RNC Radio’s ‘The A Show’ to discuss his pairing with John Morrison, and how for the first time in his career he feels like he’s respected by his peers backstage. Highlights from the interview can be found below.

“It’s kinda crazy actually. For the first time, I truly feel that I’m getting respect and it’s not just from the crew or executives or even the WWE Universe, it’s from our locker room, and when people come up to me and ask me advice, I was never that guy, ever in my entire career. No one came up to me and asked advice, and now people are coming to me and going, ‘Hey, how could I do this? What can I do better? How can I get to this next level? You went through this, that and the other thing. How do I get through this, that and the other thing to get to where I can be at that level?’ And sometimes in WWE, things go in waves and you gotta ride the wave as long as you can. Not everybody is gonna be a John Cena where you can ride the wave on top for the rest of your career. Sometimes you gotta go down a little bit to literally showcase what you can do to bring it back up. I’ve been on this wave for a long time and now I feel like I’m at the level that I can finally ride a wave and I can keep riding it.”

On his initial pairing with John Morrison:

“John [Morrison] and I were like, ‘They’re seeing great matches, but they don’t know who we are,’ like outside the ring so we created a show called The Dirt Sheet and I had to go up to Stephanie McMahon who was the Head of Creative at the time and John and I cut a promo on her [about] exactly what we wanted to do and she said, ‘Be jealous? That’s catchy, I like that.’ The next thing, we got a call saying, ‘What is this? What is this thing?’ And we literally said, ‘We’ll write it, we’ll produce it, we will edit it. We will do everything we possibly can to get this and we’ll put it on YouTube.’ By the way, back then, YouTube wasn’t a thing. It wasn’t this big, huge — MySpace was cool. There was no Instagram, there was no Twitter.”

On Arn Anderson telling him he was not initially ready to be in the main event scene:

“So my first week out [on Raw], I called out John Cena knowing he’s not going to be at TV and say, ‘I call you out right now. I want a match, I’m taking on John Cena. I’m making a name for myself.’ John Cena doesn’t show up, that’s 1-0. The next week, I call him out, I know he’s not going to be there, 2-0, then 3-0. I think I got up to 8-0 and then finally, I got to a pay-per-view with John Cena and he mopped the floor with me. I don’t think I got any offense. He just beat me, cleaned me up, wiped me away and I remember going backstage going, ‘Oh my God, eight weeks down the drain. I can’t believe –’ and then Arn Anderson came up to me and goes, ‘You’re looking at this all wrong’ and I go, ‘What do you mean?’ He goes, ‘You just had eight weeks to talk about — you’re not ready’ and by the way, when you’re in WWE, you always think you’re ready. ‘I’m ready, are you kidding me?’ But now knowing what I know, I wasn’t ready at the time. I needed to grow as a performer, I needed to grow for the audience to see me. I needed wars. He was like, ‘You need the wars, the trials, the tribulations, the stories to get you to a John Cena level,’ and he was right.”