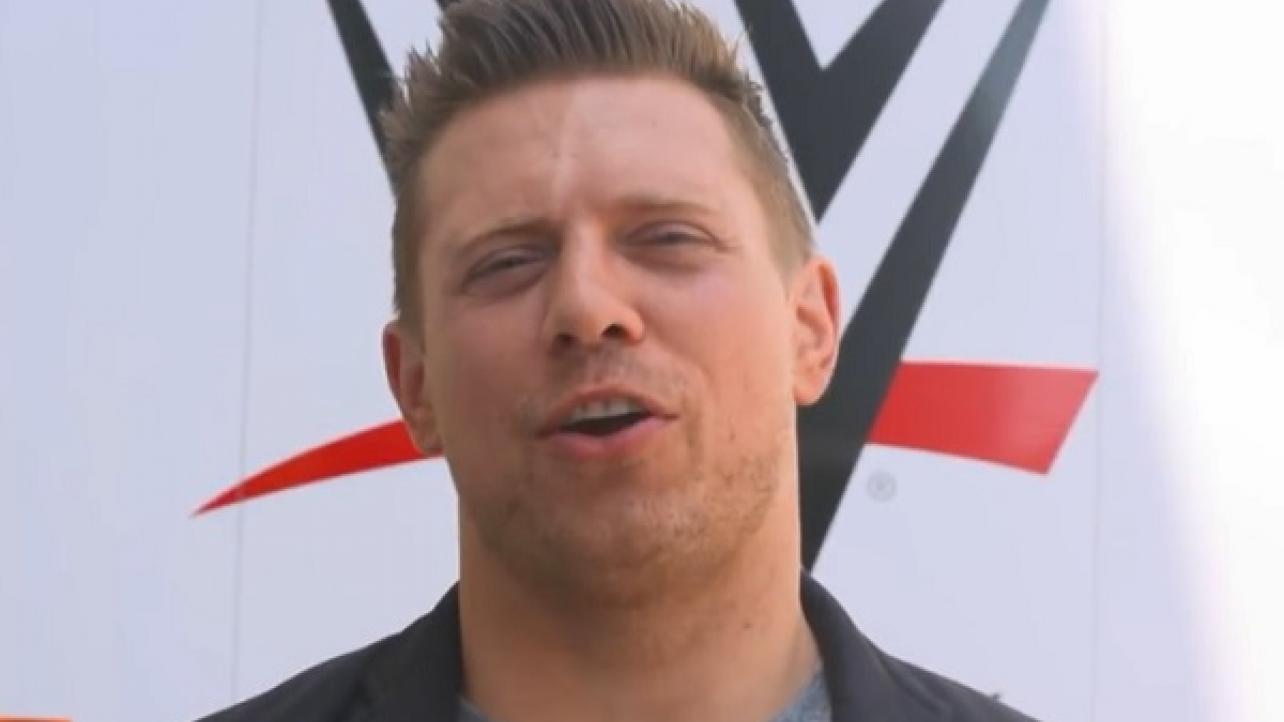 As noted, The Miz recently appeared as a guest on The Gorilla Position podcast for an in-depth interview. Featured below are some additional highlights.

On Daniel Bryan: “[He is] one of the most talented in-ring performers that WWE has ever seen behind me. He is incredible in the ring and he was credible on the mic, he creates sympathy. I also think that, how do you put this? Daniel Bryan looks like he doesn’t want the attention but he does. He acts like he doesn’t want the notoriety but he does. If he didn’t want — I say it through and through — I want notoriety I want people to look and see what I want, you know what I mean? I want people to say ‘wow The Miz is doing this, this, and this.’ Daniel Bryan kinda pushes it off and says: ‘no, no, no.’ But he really does. Because if he didn’t then he would have left WWE but he liked the attention.”

On the infamous Talking Smack segment between he and Bryan: “People always sit there and talk about Talking Smack. They always bring up the incident of Talking Smack. What did I do on there that was so terrible? Because if you do remember and nobody does remember exactly what happened just talks about Talking Smack, Talking Smack, Talking Smack but they don’t really look into it and see exactly what happened. I came in there and Daniel Bryan came at me. He called me a coward which wasn’t the worst part about it. It was him saying I have a soft style of wrestling which really kinda triggered everything. That’s when it really just clicked and I kinda went off on him all the frustrations I was going through in my life was just taken out on Daniel Bryan. I was expecting to get hit. I was expecting something to happen. Then he walked away. So I had to literally turn to the camera and show focus where focus was due and that Intercontinental Championship and myself.”

On the real issue between he and Bryan all boiling down to jealousy: “I think there’s some jealousy if I’m really being honest of the fact that I was able to do what he couldn’t. I was still able to do what he couldn’t, but now he’s able to do that. But I don’t think he’s at the level that he was four years ago. He’s not, and people are always saying Miz vs Daniel Bryan, Daniel Bryan vs The Miz but he’s not at the caliber that I’m at right now. Has he showcased anything since he’s been back that he is a main event-level talent beside the audience doing the, ‘yes, yes, yes’ that was cool four years ago? Has he had a match where you go, ‘wow he’s back. He’s showcasing all the stuff that Daniel Bryan knows how to do. Granted he was very long in the Greatest Royal Rumble but that’s the Greatest Royal Rumble Match. You can sit there and take somebody’s finisher and not get thrown over the top rope and just lay there for an hour. Granted, did he lay there for an hour? No. But that is not a singles match. He is not at the talent that he was four years ago and it takes a lot of time. This isn’t like riding a bike.”

Check out the complete interview with The Miz from the Gorilla Position podcast above, or at YouTube.com. H/T to WrestlingInc.com for transcribing the above quotes.