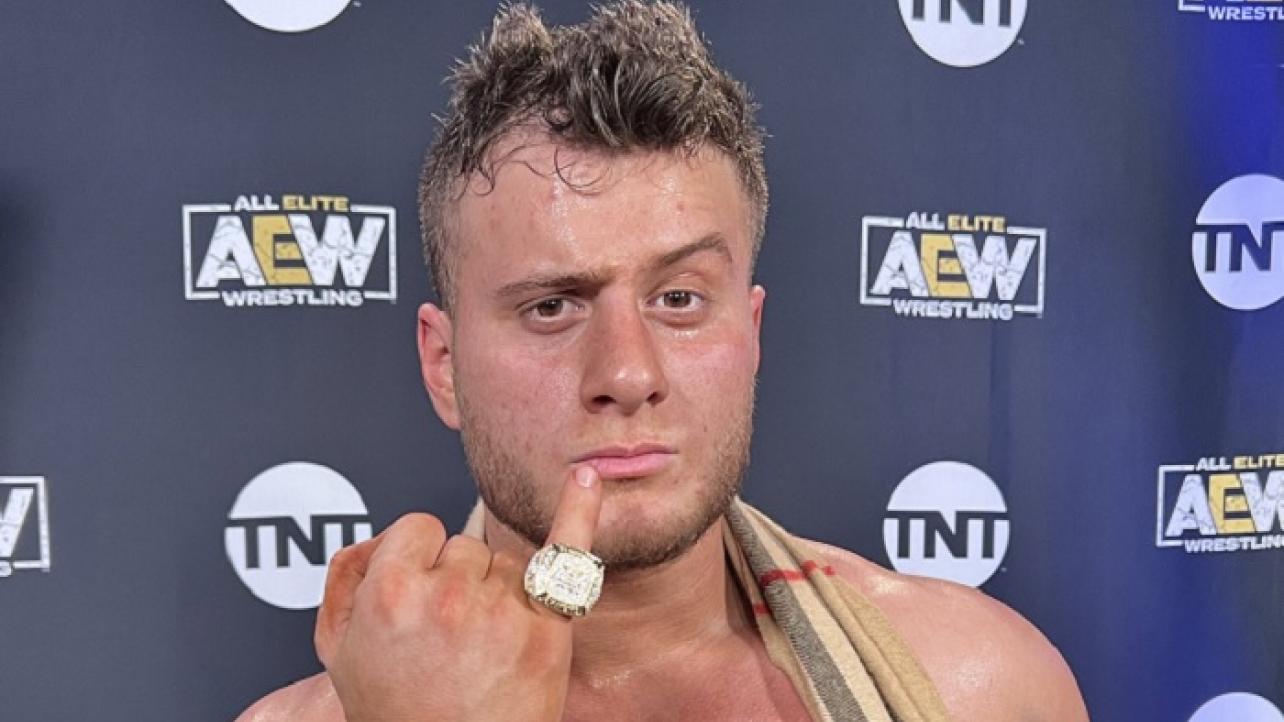 The Pinnacle leader defeated Dante Martin, with an assist from Team Taz’s own Ricky Starks, in the main event of Wednesday night’s AEW Dynamite: Winter Is Coming 2021 special event to become the Dynamite Diamond Ring winner for the third consecutive time.

MJF won the third annual Dynamite Diamond Ring final and immediately took to social media after the show to share a photo of himself showing off his new ring backstage after the Winter Is Coming 2021 show went off-the-air from the Curtis Culwell Center in Garland, Texas.

Additionally, he posted a series of tweets gloating about the victory, boasting about becoming a “three-peat” Dynamite Diamond Ring winner, while also bragging about being “better than [Michael] Jordan” while saying “f*ck Chicago” in another shot taken at CM Punk, before questioning where Wardlow was with the champagne he asked Shawn Spears to have him fetch after his own victory over Matt Sydal at Winter Is Coming 2021.

In addition to the reaction to his Dynamite Diamond Ring three-peat victory on Wednesday night, MJF also posted a pair of tweets looking ahead to the announced six-man tag-team match at the AEW Dynamite: Holiday Bash special event next Wednesday night, which will see him join forces with FTR (Dax Harwood & Cash Wheeler) to take on the trio of CM Punk, Sting & Darby Allin.

“Post sh*t in black and white all you want,” MJF wrote as a reply to a tweet shared by Darby Allin, who included a black-and-white photo of the official match graphic for the six-man tag bout at the Holiday Bash 2021 show. “I’m still gonna beat you again. Second best.”

In a separate tweet, Friedman gloated about being untouchable on the microphone, while taking a dig at Sting and Darby Allin for being Punk’s “emo dork buddies.”

“No one can touch me on the microphone,” wrote MJF. “Next week [CM] Punk and his emo dork buddies are gonna find out nobody can touch the PINNACLE in the ring. Always on top!”

Featured below are all of the aforementioned tweets from MJF related to his third consecutive Dynamite Diamond Ring victory at Winter Is Coming, as well as his posts looking ahead to the featured six-man tag-team bout at next week’s Holiday Bash show.

Make sure to join us here at eWrestling.com on 12/22 for live AEW Dynamite: Holiday Bash 2021 results coverage from Greensboro, North Carolina!

No one can touch me on the microphone.

Next week punk and his emo dork buddies are gonna find out nobody can touch the PINNACLE in the ring.

Also where the hell was wardlow?!?!?!