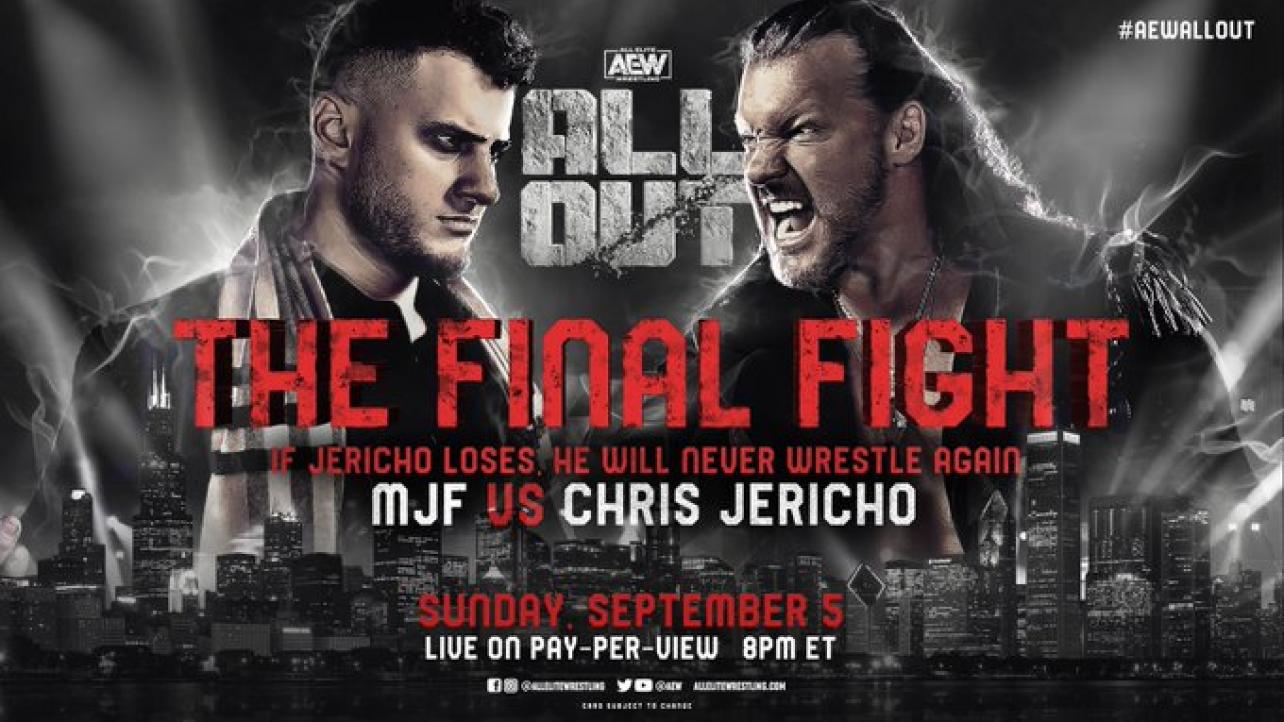 – MJF took to social media ahead of his “Final Fight” showdown against Chris Jericho at this Sunday night’s AEW All Out pay-per-view, essentially guaranteeing victory once again against “Le Champion.” Check out the tweet below.

Ending Jericho’s career on a Sunday

Celebrating Rosh Hashanah on a Monday.

– Ahead of tonight’s AEW Rampage on TNT show, CM Punk and fellow former WWE employee Renee Paquette had an interesting social media exchange where “The Best in the World” gave his dog Larry a shout-out. Check out the tweets below.

Make sure to join us here at eWrestling.com tonight for AEW Rampage results and again on Sunday for AEW All Out results!