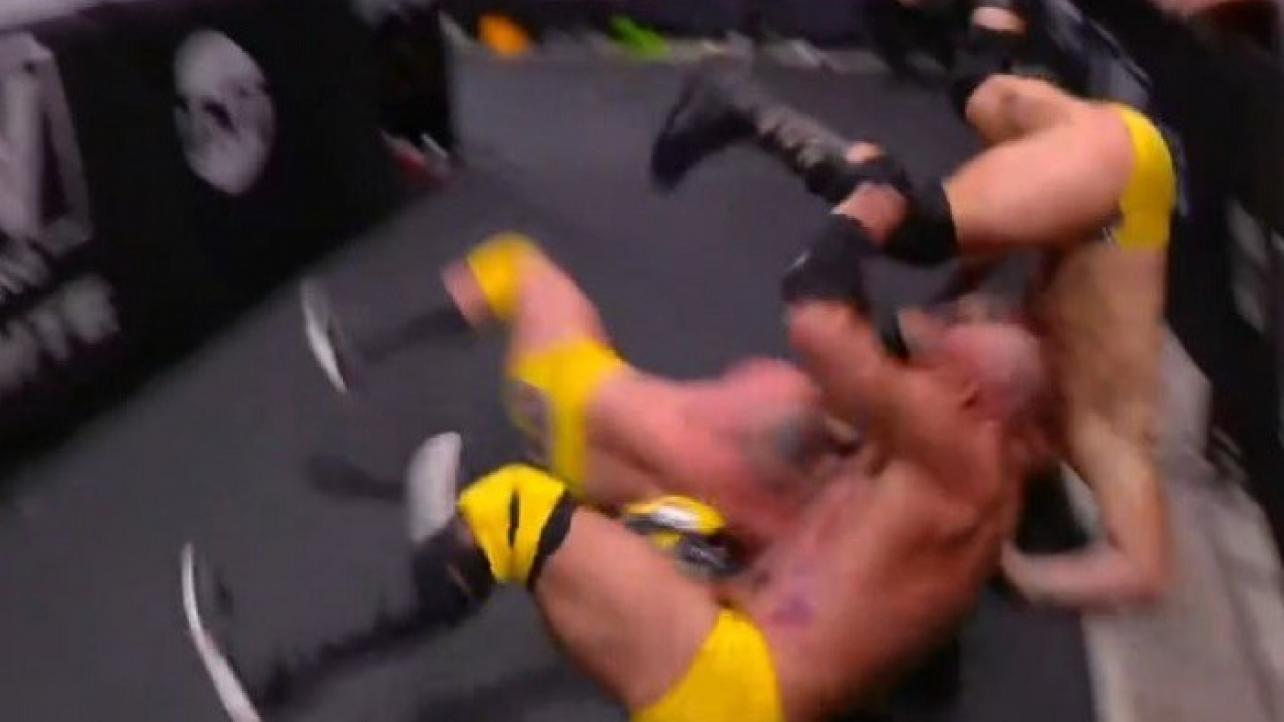 During the headline bout of the evening, which saw CM Punk, Sting and Darby Allin pick up a victory over The Pinnacle trio of MJF and FTR (Dax Harwood & Cash Wheeler), there was a spot where Sting launched MJF over the top-rope.

Presumably the intention was for “The Icon” to toss The Pinnacle leader onto FTR in a high spot to pump up the crowd heading into the planned finish of the bout. Instead, Sting sent MJF flying out-of-control, and the AEW star landed awkwardly on the top of his head on the floor.

He would get up without any issues and finish the match as scheduled, and from all signs, he seemed fine once the show wrapped up. After the second-annual AEW Holiday Bash special event, MJF took to social media to address the bump.

“I’m fine,” wrote MJF via his official Twitter page. “It’s [CM] Punk you should be worried about. [He] stayed away from me like a coward,” he added.

The remark was a reference to his own strategy in the AEW Trios bout, which saw him avoiding any contact at all costs, something that was consistently pointed out on the broadcast by the commentary team throughout the match.

Check out the post-Holiday Bash tweet from MJF via the post embedded below courtesy of his official Twitter feed. Also embedded below is video footage of the aforementioned botched spot that saw MJF take a rough bump, landing on the top of his head on the floor after being launched out of the ring by Sting.

I’m fine. It’s punk you should be worried about. Stayed away from me like a coward!