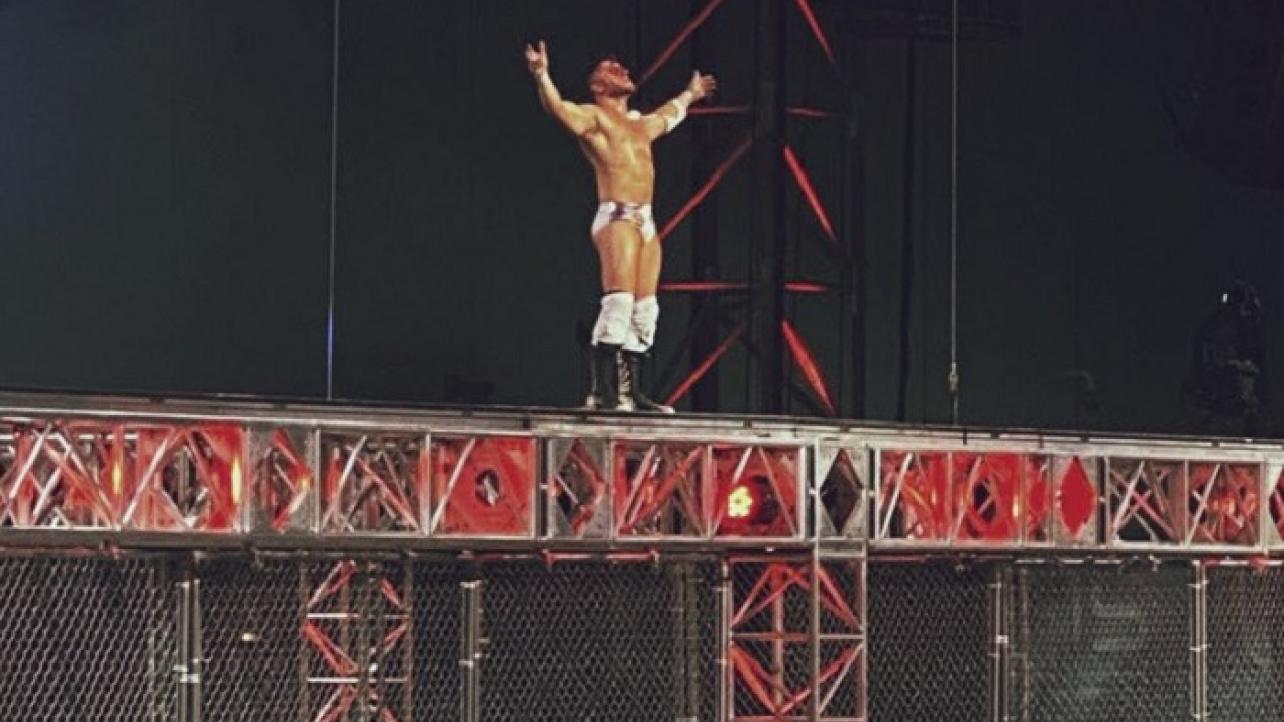 MJF is better than Chris Jericho.

And he knows it.

During a recent interview with Inside The Ropes, the AEW star reflected back on the match that backed up that claim — at least for one evening — as he spoke at length about throwing the leader of The Inner Circle off of the top of the cage in the first-ever Blood & Guts showdown on Dynamite.

Featured below is an excerpt from the interview where The Pinnacle leader touches on this particular topic, explaining the symbolism and significance of what he did that night.

“So for me personally, to me, let’s talk about it from a symbolism standpoint. Here is this 25-year-old guy that everybody’s saying is not just the future, but is the present. Here is, at that point, someone who will go down as the greatest ever in Chris Jericho. We’re on the top of the cage, a la the top of the mountain in professional wrestling, and I shoved him off of that and the last thing you saw was me standing on top of that cage and sucking it all in. Every single boo, every single tear. That’s what the end of Blood and Guts was all about. The unfortunate thing was I didn’t shove Chris hard enough. I think if I did, maybe he wouldn’t have shown up the following week. I do know he legitimately really messed up his arm, which put a smile on my face. He was also about four inches away from a metal railing on our stage that definitely would have killed him. Unfortunately, he missed that railing. It is what it is. But in that moment, what that represented was – I’m the king of pro wrestling now, I’m the GOAT, I’m the guy who’s going to be leading the charge in the industry for the next 25 years. And while, of course, there were people talking about “production” – which is laughable to me. None of you guys know what you’re talking about, but it’s fine. There were also people, when they were done talking about the bulls***, going, “OK, yeah, I can’t play mental gymnastics anymore and pretend that MJF isn’t the guy.” It’s impossible. We’re way past that point now, and I’m proud of that.”

Check out the complete interview at ITRWrestling.com. H/T to 411 Mania for transcribing the above quotes.