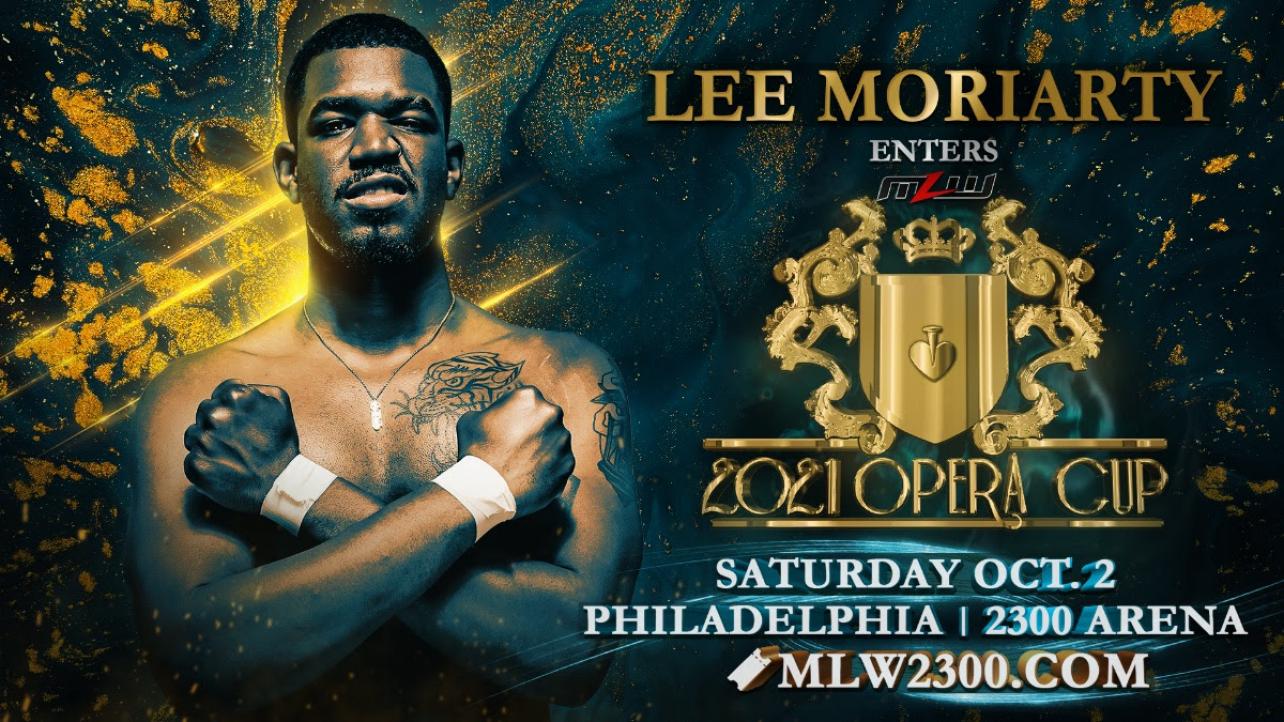 Lee Moriarty is headed to the 2021 MLW Opera Cup Tournament.

Major League Wrestling announced that the new signee will be taking part in this year’s Opera Cup tournament in a press release issued this week.

TAIGASTYLE to be unleashed in the classic tournament

Major League Wrestling (MLW®) today announced the seventh participant of ’21 Opera Cup, pro wrestling’s oldest tournament dating back over a century, taking place the the upcoming MLW Fightland event live on Saturday, Oct. 2 at the 2300 Arena in Philadelphia and airing nationally on a later date.

TAIGASTYLE will be on display as Lee Moriarty has entered the ’21 Opera Cup.

Who will Moriarty fight in the opening round? MLW.com expects the office of matchmaker Cesar Duran to begin releasing brackets soon.

But before then, one more participant still remains to be revealed. Who is it? Stay tuned.

Buy tickets at MLW2300.com and see the opening and semi finals of the Opera Cup live at FIGHTLAND in Philadelphia on Oct. 2.

Tickets start at $20 at MLW2300.com. Tickets will also be available day of show at the box office unless the event sales out in advance.

The schedule is as follows: