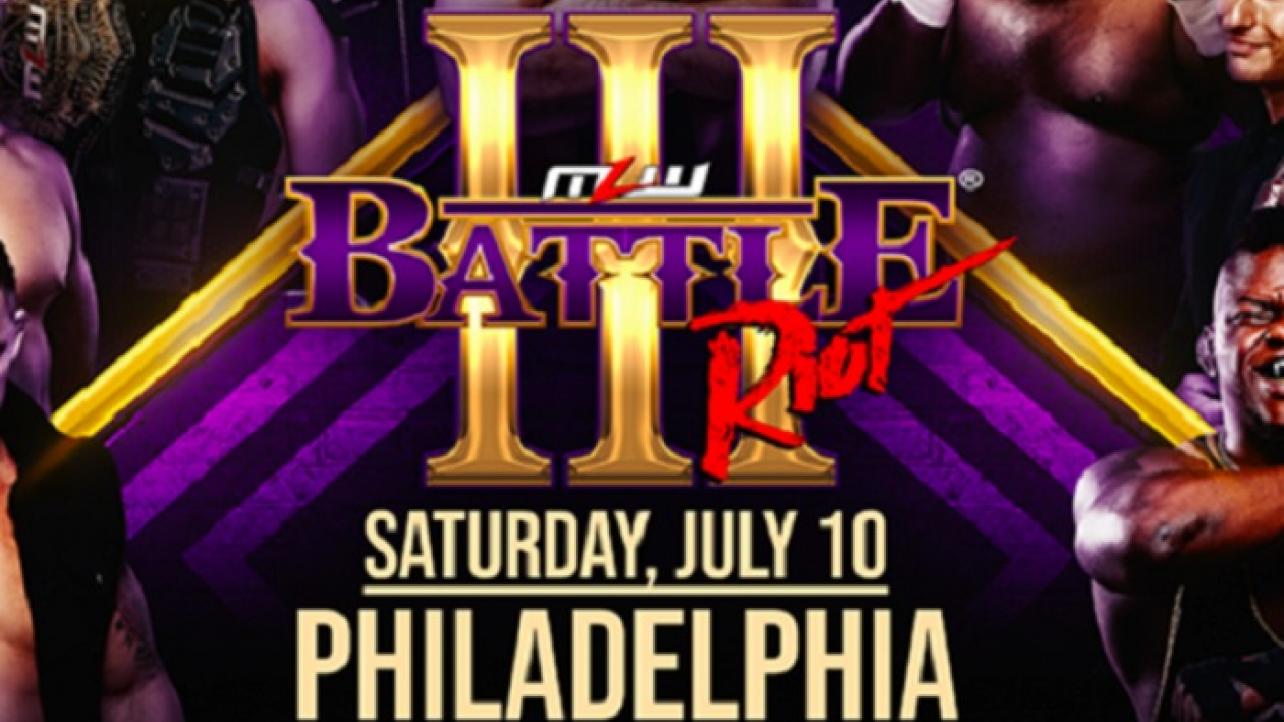 The Caribbean Championship will be on-the-line when MLW Battle Riot III goes down later this month.

Major League Wrestling announced this week that Richard Holliday, who will also be competing in the 40-man Battle Riot, will defend his Caribbean Heavyweight title against King Muertes.

Featured below is the official press release that was sent out today.

Azteca Underground’s “El Jefe”, Cesar Duran, has brokered a HUGE title match. The new owner of IWA Puerto Rico has made a power move and signed an IWA Caribbean Championship title match for the Battle Riot on Saturday, July 10th in Philadelphia at the 2300 Arena!

Limited tickets are available at: www.MLW2300.com.

The reigning Caribbean Champion Richard Holliday will defend the title against King Muertes… and the match will be under “Caribbean rules,” which means anything goes!

Muertes, a ferocious force in Azteca Underground, looks to bring gold back to the owner and proprietor of the shadowy lucha libre organization run by promoter Cesar Duran.

Will Holliday still be breathing rarified air at the end of the night or will King Muertes choke the life out of the champion’s title reign?

Find out July 10th as MLW presents the Battle Riot!