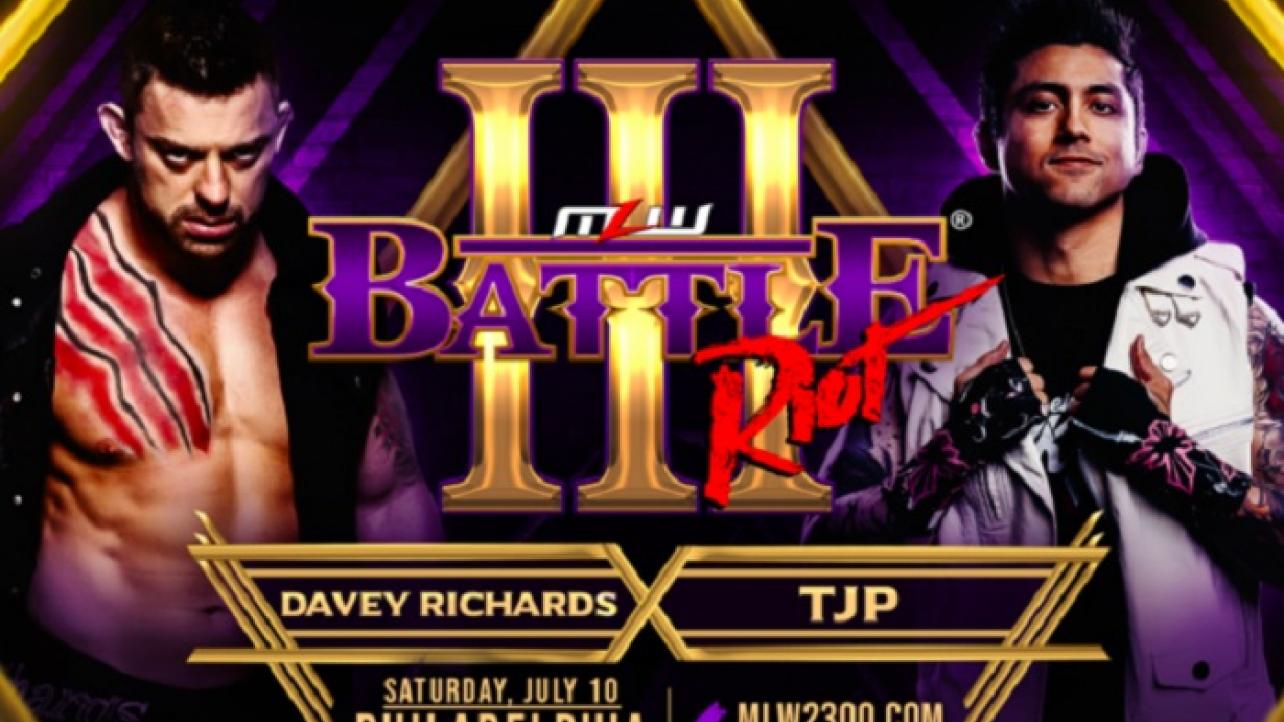 Yet another match has been made official for MLW Battle Riot III.

Major League Wrestling issued the following announcement on Monday regarding the addition of Davey Richards in one-on-one action against TJP at the 7/10 event scheduled to emanate from the 2300 Arena in Philadelphia, Pennsylvania.

The sweet science of pro wrestling will be on display as Major League Wrestling today announced Davey Richards vs. TJP for the Battle Riot on Saturday, July 10th in Philadelphia at the 2300 Arena.

Limited tickets are available at: www.MLW2300.com.

Davey Richards will make his highly anticipated debut in deep waters against one of the most accomplished wrestlers on the roster in TJP.

The flashy TJ, who made his MLW debut in 2004, has built a career on the international stage where he’s established himself as a top-flight grappler winning championships and accolades in numerous organizations.

One of wrestling’s greatest technical wrestlers, Davey Richards is a ferocious fighter operating with a level of intensity unmatched in the sport.

A decorated wrestler and former World Champion, Richards has main evented around the world, often winning titles in some of the most competitive international organizations.

Now the stage is set as 2 world class competitors square off in a match that promises to be a classic in the making.

Will TJP deny Davey Richards glory in his debut?

Find out July 10th as MLW presents the Battle Riot!