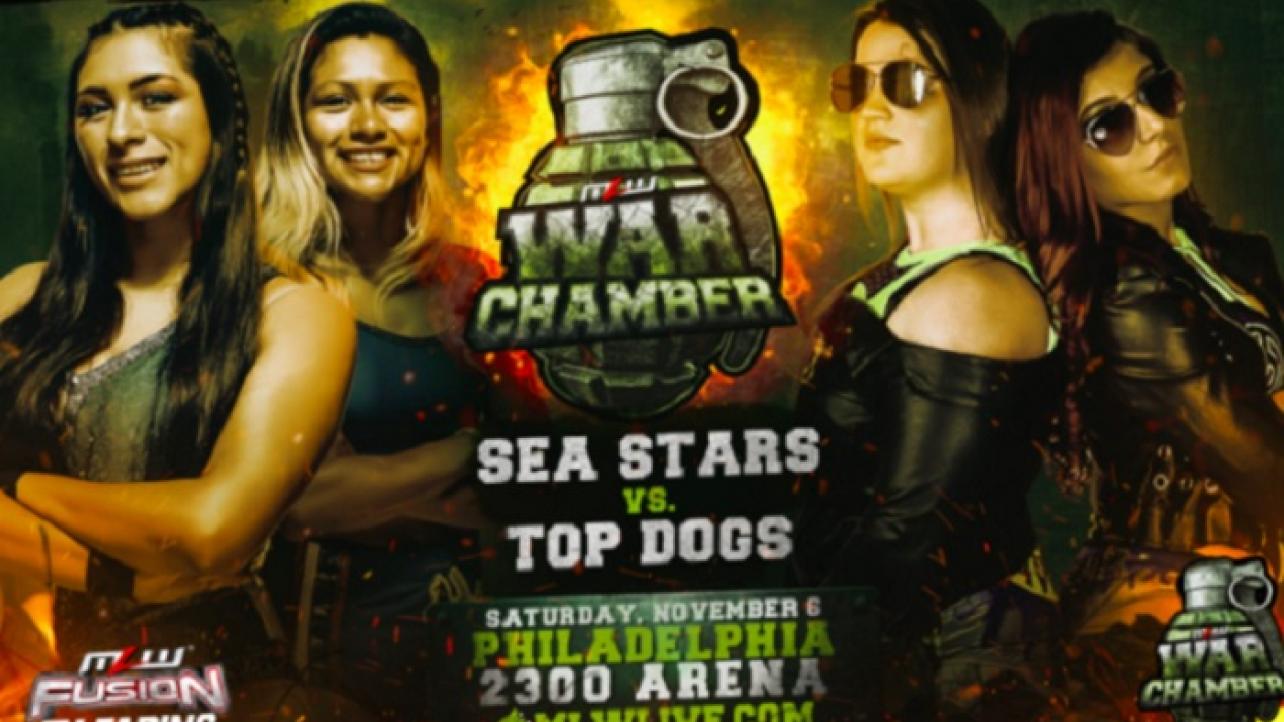 Major League Wrestling has announced a new women’s tag-team match for their upcoming War Chamber taping at the 2300 Arena in Philadelphia, Pennsylvania.

This week, MLW announced that the Sea Stars will take on the Top Dogs at the MLW War Chamber show scheduled for November 6, 2021.

Tag Team action will showcase two new entries into the women’s featherweight division as Davienne & Skylar, collectively known as the Top Dogs make their MLW debut next Saturday night as they square off with the undefeated Sea Stars.

The Top Dogs, a force on the northeast regional scene, look to derail the meteoric rise of the sisters from the Ocean State. But will they be met with a tidal wave of tenacity from Delmi Exo and Ashley Vox?

Find out LIVE November 6 in Philadelphia at WAR CHAMBER.

Ladder Match for the Vacant National Openweight Championship
Alex Shelley vs. Myron Reed vs. Alex Kane vs. Zenshi vs. ???

Winner Gets Briefcase full or Cesar’s Cash!
Aramis vs. Arez

Tickets start at $20 at MLWLive.com. Tickets will also be available day of show at the box office unless the event sales out in advance.

DAY OF EVENT INFO
The schedule is as follows: