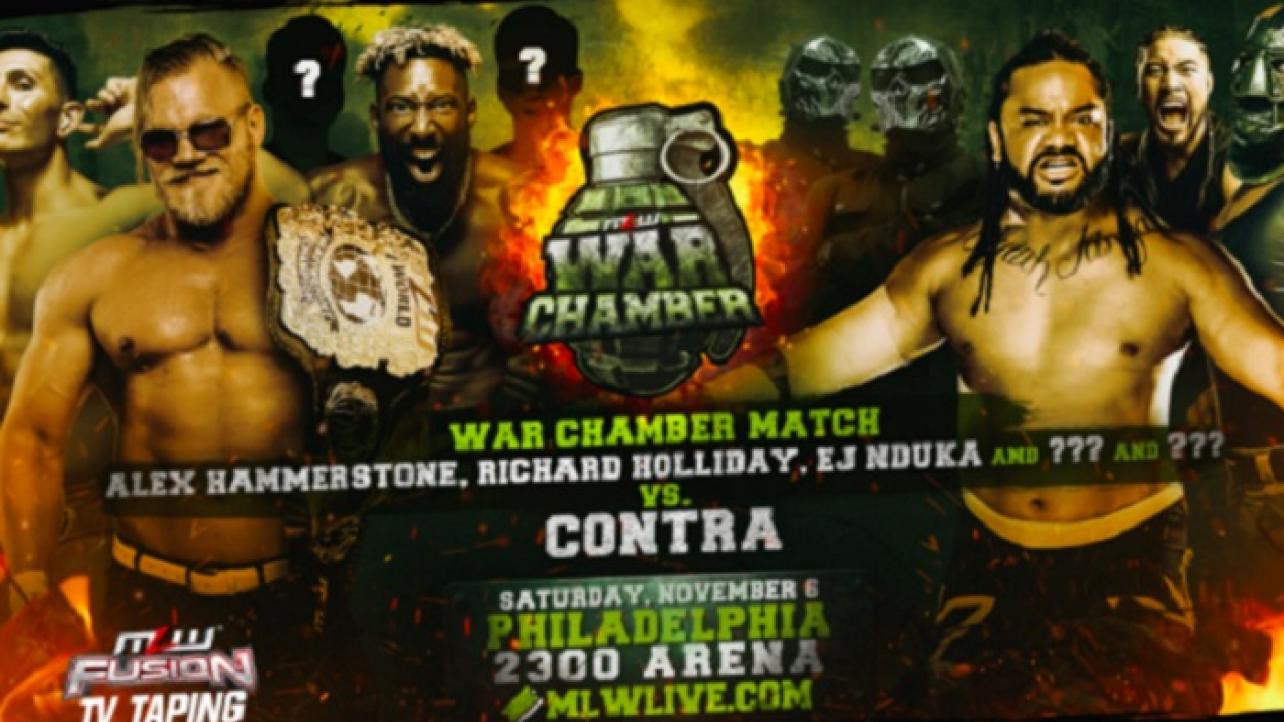 Major League Wrestling has announced a change to their originally scheduled War Chamber match at their event at the 2300 Arena in Philadelphia, Pennsylvania this Saturday night, November 6, 2021.

Major League Wrestling (MLW®) today announced War Chamber is now 5 versus 5 for this Saturday November 6 at the 2300 Arena in Philadelphia, featuring an MLW Fusion TV taping.

As the final showdown between MLW and CONTRA Unit looms, the global dealers in violence have upped the ante declaring the match is now 5 on 5, a stipulation which Cesar Duran granted.

Adding an additional SENTAI Death Soldier to their team, CONTRA Unit has assembled a ferocious force forste the final battle inside the War Chamber.

Now, Alex Hammerstone, captain of his team, must secure not one but two participants crazy enough to enter the War Chamber and wage war against CONTRA’s best.

Buy tickets starting at $15 at: www.MLWLive.com.

Who will Hammerstone recruit at the 11th hour?

Find out LIVE November 6 in Philadelphia at WAR CHAMBER.

Ladder Match for the Vacant National Openweight Championship
Alex Shelley vs. Myron Reed vs. Alex Kane vs. Zenshi vs. ???

Winner Gets Briefcase full or Cesar’s Cash!
Aramis vs. Arez

Additional athletes and talent signed to compete and appear include:
Davey Richards • King Muertes • Cesar Duran • Alicia Atout. Plus more to be announced in the days ahead!

Tickets start at $20 at MLWLive.com. Tickets will also be available day of show at the box office unless the event sales out in advance.

DAY OF EVENT INFO
The schedule is as follows: