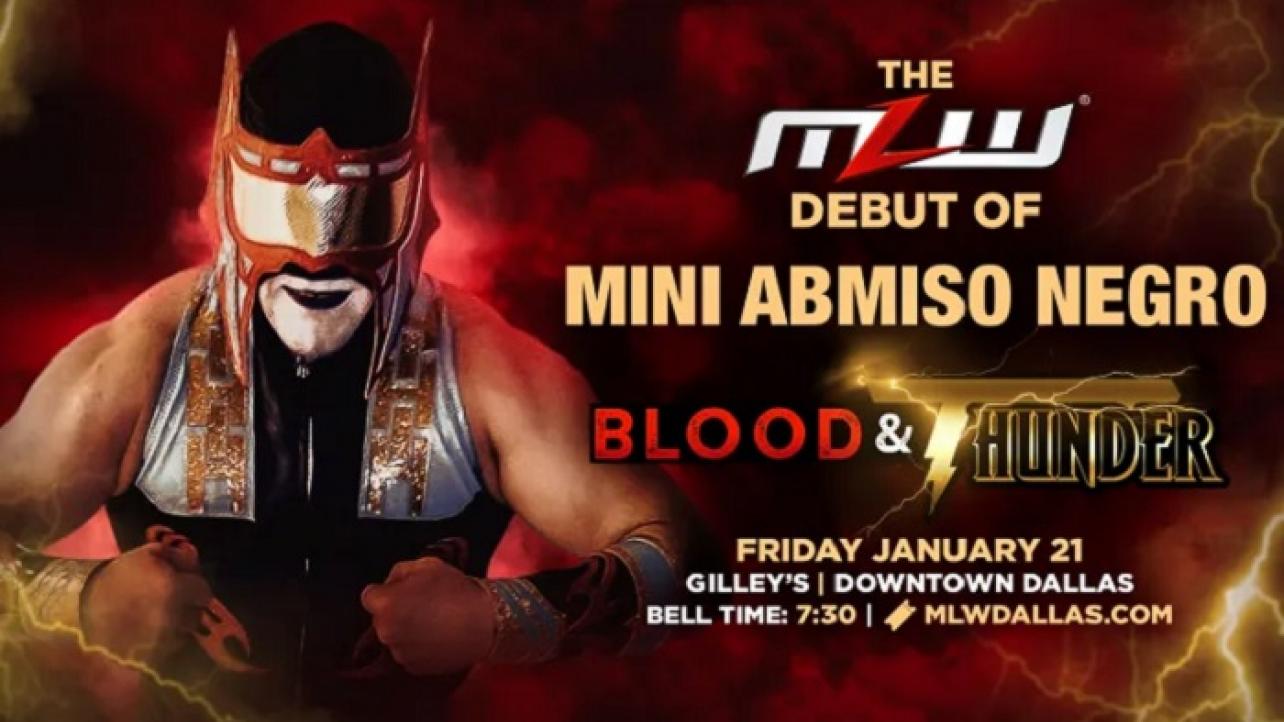 MLW’s Vision For 2022 To Include Introduction Of Mini Luchadores, Mini Abismo Negro To Debut At Blood & Thunder

Mini luchadores will make their presence felt for the first-time in the history of Major League Wrestling next month.

On Thursday, it was announced that Mini Abismo Negro will make his promotional debut at the upcoming MLW Blood & Thunder at Gilley’s in Dallas, Texas show, which features an MLW Fusion TV taping.

The AAA veteran is being brought in by MLW matchmaker Cesar Duran as part of his vision for the promotion in 2022, which will include the introduction of minis — starting with Mini Abismo Negro at MLW Blood & Thunder on January 21, 2022.

MLW.com released the following announcement regarding the debut of Mini Abismo Negro

The magnificent world of mini-estrellas is coming to MLW

Fans will marvel at the magnificent mini-estrellas as mini luchadores enter Major League Wrestling for the first time ever come January 21 in Dallas.

Mini Abismo Negro, an iconic name with an amazing legacy competing in AAA will head stateside as the next generation looks to showcase his spectacular skills.

The deal is part of MLW matchmaker Cesar Duran’s vision for MLW in ’22, which will see the introduction of minis.

With Mini Abismo Negro set to debut now the question is: who will he battle in Dallas? Find out January 21 in Dallas as MLW presents Blood & Thunder!

MLW’s Vision For 2022 To Include Introduction Of Mini Luchadores, Mini Abismo Negro To Debut At Blood & Thunder