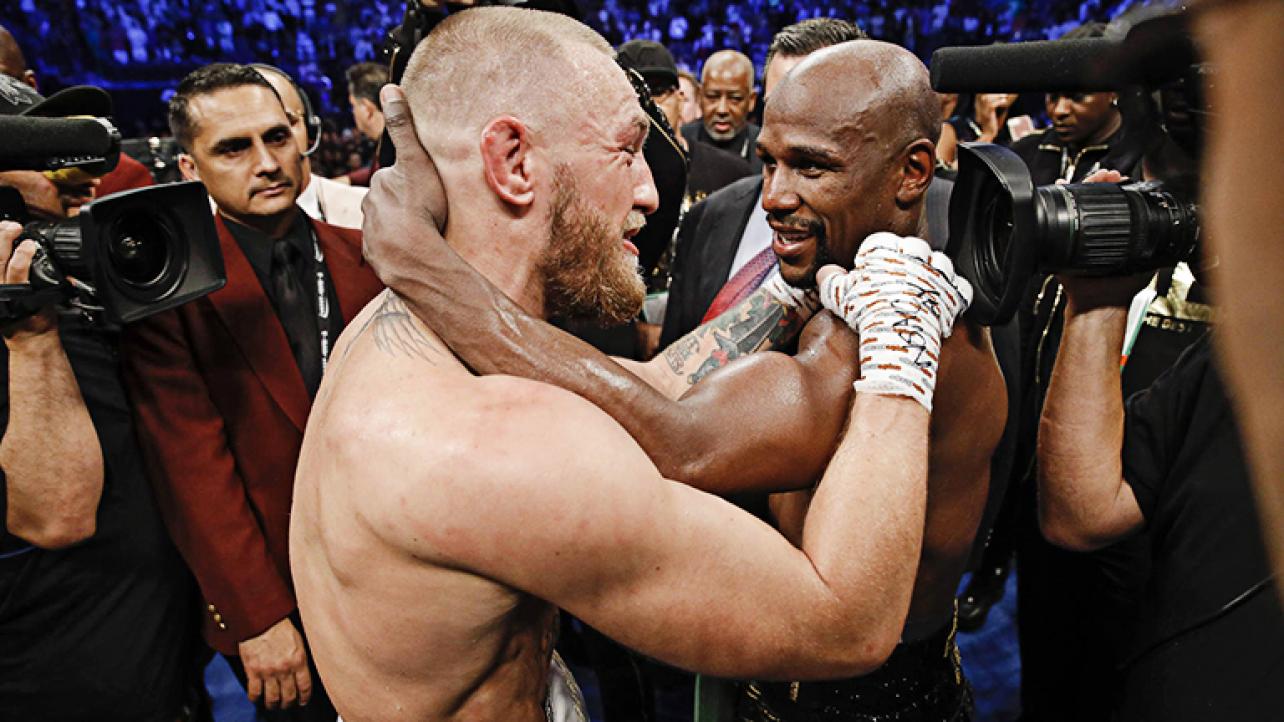 Although there are no events left in the month of March from the UFC, we are coming up on what will be one of the busiest, jam-packed months on the UFC calendar in 2018 in April.

Up first is the UFC 223: Ferguson vs. Khabib pay-per-view on April 7th, followed by UFC On FOX 29 with Dustin Poirier vs. Justin Gaethje on April 14th and UFC Fight Night 128 with Kevin Lee vs. Edson Barboza on April 21st.

Before the Octagon returns on 4/7, let’s take a look at the latest headlines coming out of the world of mixed martial arts. It’s time to jump into the latest MMA News Roundup.

No, the Floyd Mayweather / UFC story will definitely not die.

In the latest development, the pound-for-pound boxing great and former WrestleMania headliner told TMZ Sports recently that he plans to file for a MMA license.

Mayweather told the celebrity-gossip website that he plans to apply for a license that will allow him to compete in mixed martial arts. Mayweather told TMZ Sports of the application, “Everything takes time. Eventually, we’re gonna apply for the license, and hopefully, we can fight.”

As noted, the MMA world, including Joe Rogan, has been talking about a potential Mayweather vs. CM Punk fight, as well as the highly-anticipated rematch against Conor McGregor in the UFC.

Floyd Mayweather isn’t the only high-profile name from the world of boxing considering a move to the world of MMA fighting.

“100-percent, I’m interested,” Joshua said on a media conference call promoting his upcoming fight. “Because we can work together. Remember, mine and Eddie’s relationship is a really good working relationship and I’m sure Eddie [Hearn] has an interest in working with Dana White. If it’s good business, it makes sense.

“We’ll listen, and 100 percent if it makes sense, we’re all in. So I’m happy that Dana’s coming into the game, hopefully we can add some excitement and we can progress forward and make some more money and make some good fights.”

Well, we can add another high-profile name that has called out Brock Lesnar for a fight inside the Octagon.

The current number-one ranked heavyweight in the UFC, Francis Ngannou, who holds the record for the strongest punch recorded in history, recently made it clear that if the WWE Superstar does in fact return to the UFC, he wants to be the guy to welcome him.

“It’s up to what (the UFC) want to give me,” Ngannou said. “There are a lot of people out there who want to fight me. I saw Mark Hunt, he would be a great one. By myself, I want Brock. Brock Lesnar.”

We have a new title fight on the books.

Covington is known for his brash trash-talk towards Brazilian fighters and the country of Brazil in general, famously claiming that “they’re all a bunch of filthy animals.” Colby will go into hostile territory when he fights former UFC Lightweight Champion Rafael Dos Anjos, a Brazilian, at UFC 224 on May 12th in Rio de Janeiro, Brazil.

That will do it for this installment of the MMA News Roundup. Make sure to visit MMANews.com for your daily-dose of mixed martial arts news, results, exclusive interviews and more. Until next time, keep the gloves up!