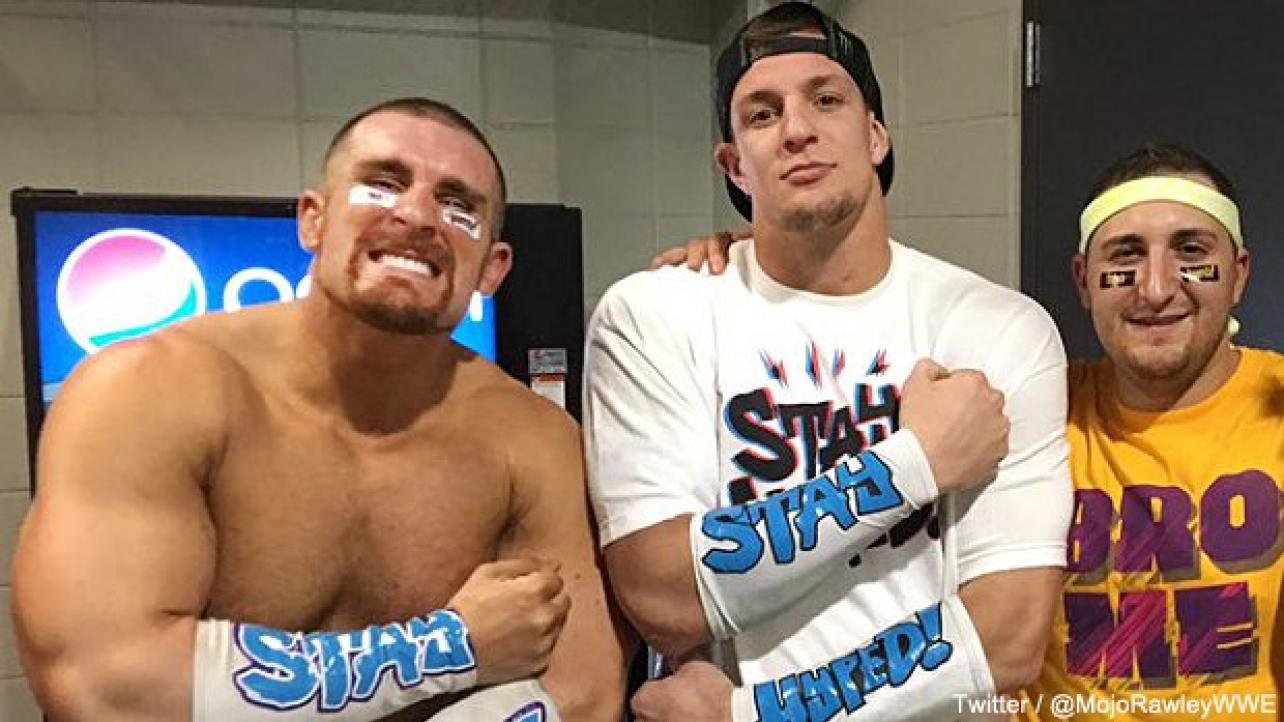 Mojo Rawley recently spoke with ABC 15 out of Phoenix, Arizona for an interview. Featured below are some of the highlights.

On his friendship with NFL star Rob Gronkowski: “It’s just a friendship that we’ve maintained through the years, especially before anyone had achieved any level of success. We all kind of grew up together, trained with each other, kind of coached each other along and helped each other out whenever we could. It’s paid dividends for all of us, every single one of us.”

On Gronkowski’s father contacting Mike Rotunda to help get Rawley a job with WWE: “They knew how much of a fan I was, and made the phone calls. That was it. The rest was history… I left the NFL to come here, and I couldn’t be happier about it.”

On Gronkowski appearing in WWE again in the future: “In my opinion and a lot of others, he’s the greatest tight end to ever play the game. You take all those assets and just raw abilities that you have and you bring that here, it’s kind of a recipe for success one way or another. He has a lot on his plate right now. Whether an appearance here in the WWE again comes at Wrestlemania, or whether it comes to a Wrestlemania five years from now, I’m sure at some point you’re going to see him in a ring again.”

Check out the complete Mojo Rawley interview at ABC15.com.