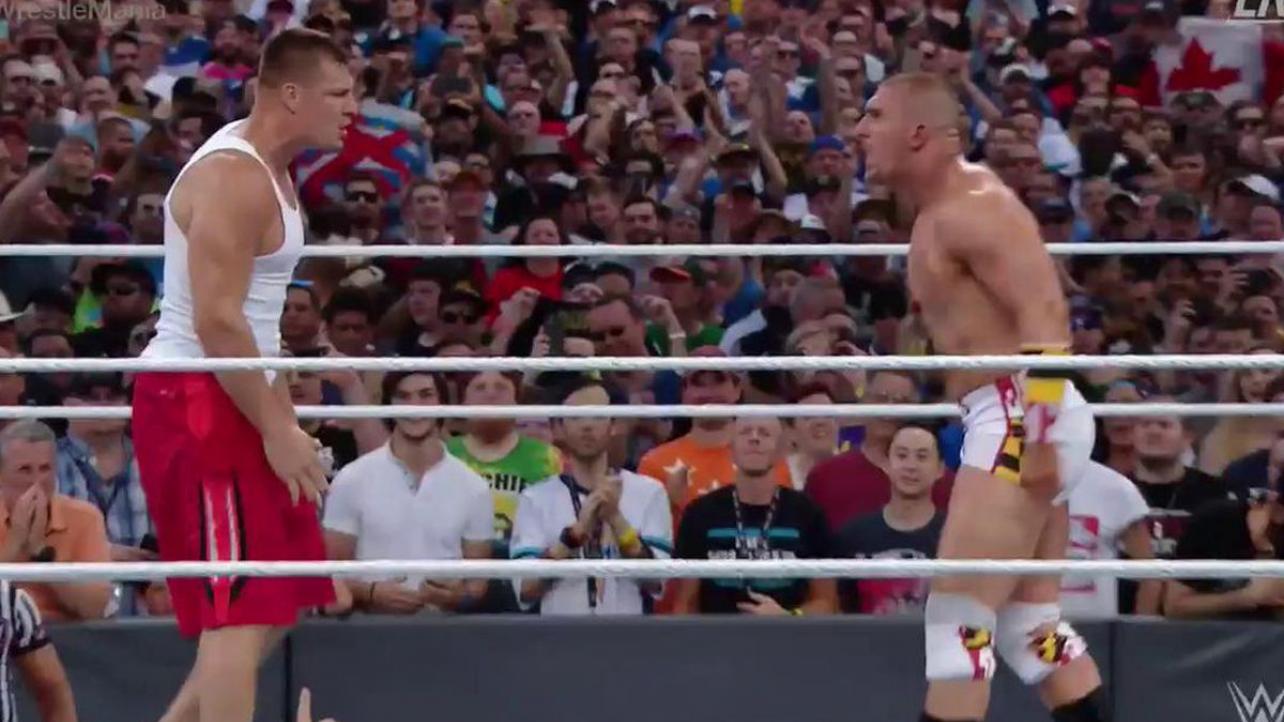 In his recent chat with Fightful, former WWE talent Mojo Rawley discussed WrestleMania 33, where he won the Andre the Giant Memorial Battle Royal. Check out his comments below.

“Bro, that was one of my favorites. She did everyone a great, great service that day. She made the whole spot, just so you know. But, Lisa’s definitely gonna kick the crap out of Rob. I think, actually, they had a SuperBowl or something and I would send Rob videos before the game of me and Lisa with Lisa talking trash if they lose, she’s gonna come down there and run it back and whip his ass and all this and that. That was kind of a great friendship we have. But, dude, that day, that spot, was hysterical because you know how the wrestling world can be and when you bring outsiders they don’t tend to like it. So, there was a percentage of the crowd that when they showed Rob, some booed. I heard that and in the beginning in the match, knowing what was coming, I was like, ‘Ah, crap. This is not good.’ So, as the match went on, they were pulling for me a little more. Then it came time for the Gronk spot, so when he stood up afterwards, people actually cheered. Some people cheered Jinder for splashing him and some people started to boo Rob when he came up and came him the spot. But, then when Lisa took it away from him they realized how much they still wanted to see it. So, anyone that was booing, now was cheering and it made the whole thing perfect. It was great, but I was literally laying on the floor right underneath, and I’m like, ‘Lisa! Part of the show! Part of the show, let him go!’”

On the security guard being confused by the situation:

“She was so confused in the moment, I think afterwards she was still confused and she was worried that it was going to be held against her and taken out against her. Because I remember another one of the security guards ran up while this was going on and he just ran up, and he’s like ‘What the f—!’ He’s just shouted it out. I was dying laughing. I was trying so hard to dig my face into the corner of the barricade. But, dude, I tell you. It made it better.”