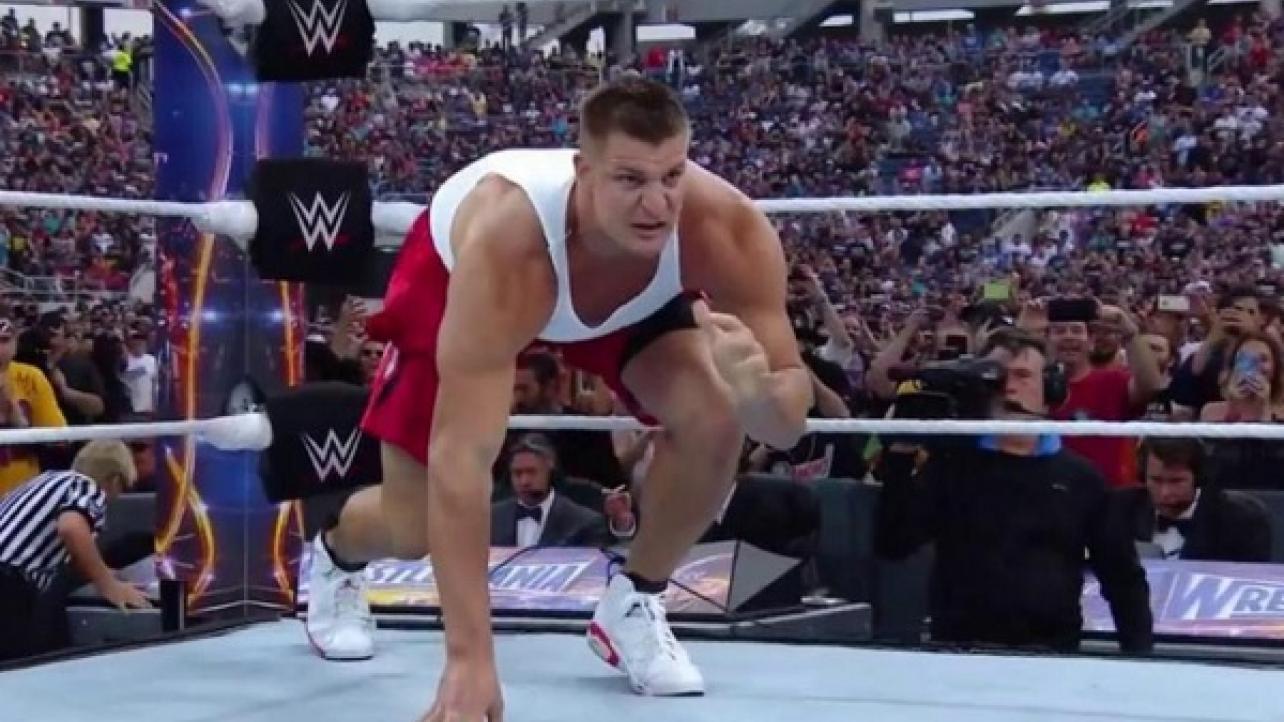 Could an NFL star be making the transition to being a WWE Superstar?

On Sunday, Rob Gronkowski announced his retirement after nine seasons as the Tight End for the New England Patriots. WWE and Gronk’s longtime friend, Mojo Rawley, both congratulated him on his retirement.

Gronkowski has appeared at several WWE events, getting involved physically. As seen at WrestleMania 33 in 2017, the NFL veteran got involved in the finish of the fourth annual Andre The Giant Memorial Battle Royal, helping Rawley get the win.

It has been teased many times in the past that Gronkowski could end up making the move to WWE once his NFL career comes to an end, with Rawley even going as far as to say it’s a matter of when, not if, Gronk turns up in WWE.

Back in February, WWE COO Paul “Triple H” Levesque spoke to Sports Illustrated about the possibility of Gronk joining the fold in WWE.

“Rob is very close with one of our stars, Mojo Rawley,” Triple H said. “We’ve met a few times, and he’s actually come down to the Performance Center and even done stuff with us at WrestleMania. He’s a great guy, an incredible player, and it’s hard not to root for him. I’ll be watching him, but that’s also because my wife is a massive Patriots fan.”

HHH added, “Gronk has mentioned WWE before, that he loves it and said had so much fun doing it. I don’t know if it’s something he’d be seriously interested in, but that’s how the conversation started with Ronda Rousey, too. Certainly the door is open for him at WWE.”

Following his retirement announcement on Monday, Rawley took to Twitter to congratulate Gronk on an amazing career in the NFL. At the end of his tweet, however, he included another tease for Gronk turning up in WWE in the future.

“It’s about to get really wild now,” wrote Rawley via his official Twitter page. “The best is yet to come!”

Congrats to my brother @RobGronkowski on retirement. Best to ever play the position in @NFL history. Proud of your career and even more proud to be your friend.

It’s about to get really wild now. The best is yet to come!

Congratulations go out to @RobGronkowski on his retirement from the NFL and a fantastic career! pic.twitter.com/NN7pEEifbv