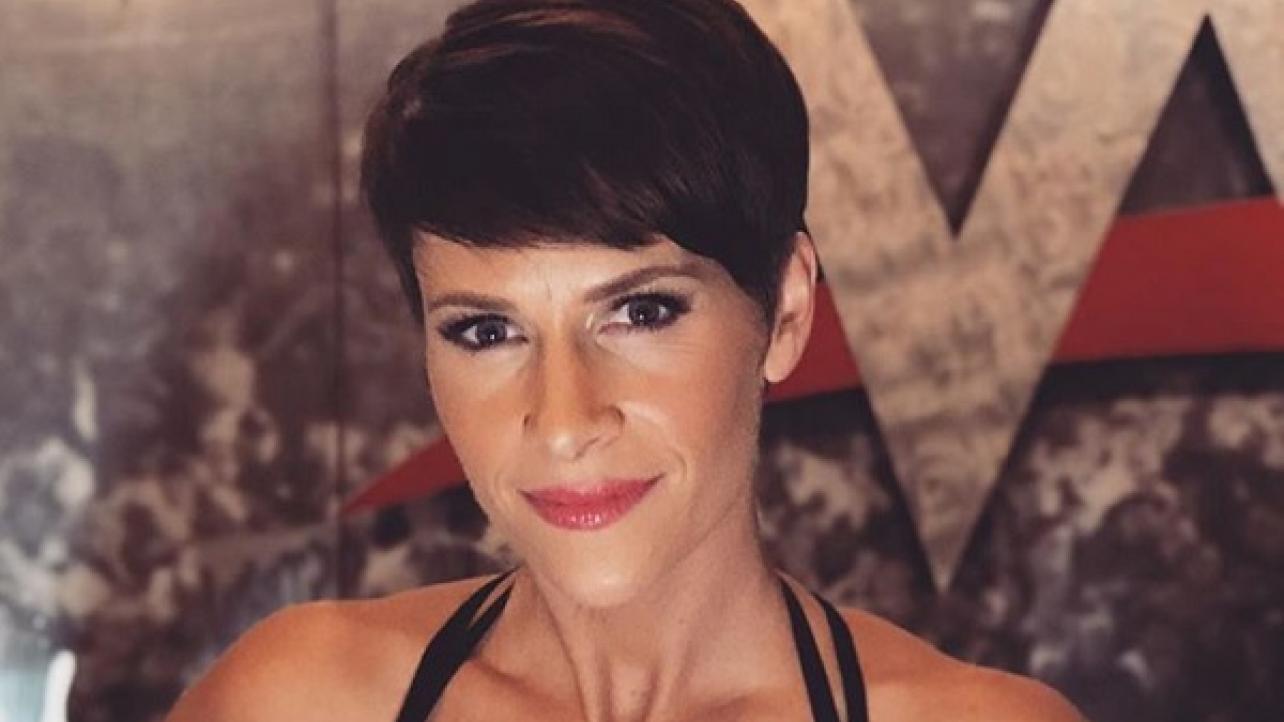 Former WWE Superstar Molly Holly (Nora Greenwald) recently appeared in a new “Top 5” video from the folks at “Ring The Belle.” In the video, Molly Holly talks about stealing her WWE finisher from a well-known wrestler, pitching the idea to shave her head at WrestleMania 20, being part of the first-ever WWE 30-Woman Royal Rumble Match and more.

Featured below are some of the highlights from the video, which you can watch in its’ entirety at the bottom of the page.

On stealing her WWE finishing move from Roderick Strong: “I used to watch indie tapes to steal moves from people. Sorry! So, I stole [Widow’s Peak] from Roderick Strong, whom I used to wrestle with in the back yard of a trailer park in Florida. He was 14 and I was 18. He had a really cool move.

“Victoria was looking for a new finisher, and I showed it to her in the ring with Vince McMahon. He saw her practice it on me, and Vince McMahon went, ‘Oh!’ And I thought if we can get Vince to react that way we know it’s a good one.”

On pitching the idea of shaving her head for a WrestleMania match, which ultimately happened at WrestleMania 20: “I was a champion, and the writers told me that there was only room for one women’s match at WrestleMania. They were going to do a pillow fight or a mud match. I was really devastated and thought I gotta come up with something that makes them change their minds.

“So, I put a bald cap on and had my photo taken. I made a booklet with a bunch of different storylines showing my head getting shaved. I presented it to Stephanie McMahon and some of the writers and said, ‘I’m willing to shave my head, can I please be on WrestleMania?’ Sure enough, they came back to me couple days later and said, ‘All right, we’ll let you get your head shaved at WrestleMania.'”

On her experience backstage before being part of the first-ever WWE 30-Woman Royal Rumble match: “Anytime I get to see someone I used to work with, of course, you’ve got these — I hate to say it — like, ‘trauma bonds.’ We’ve gone through this like extreme situation together and so for life, you’re like molded as a friendship.”