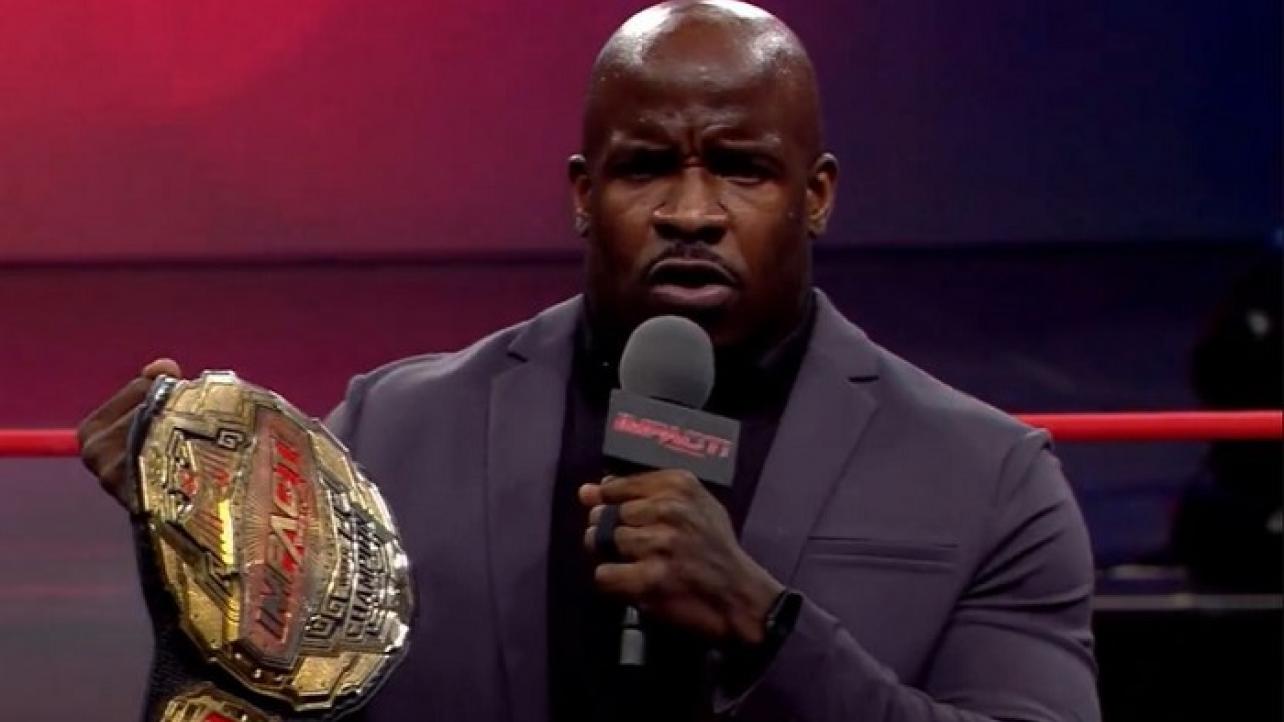 As noted, Moose spoke with Alistair McGeorge of Metro UK for an interview promoting his defense of the IMPACT World Championship in a triple-threat match against W. Morrissey and Matt Cardona at the IMPACT Hard To Kill 2022 pay-per-view on January 8 in Dallas, Texas.

In addition to the highlights from the discussion that we previously published here on the website, the IMPACT World Champion also took some time during the interview to clarify recent controversial comments he made in a past interview about the title being “just a prop.”

For those who missed the initial comments Moose made about the IMPACT World Championship being “just a prop,” you can read the interview excerpt from his SGP Radio appearance below.

“I’m kind of indifferent about it. It feels good for a company to put the championship on you and be like, ‘Hey, you’re our guy.’ At the end of the day, it is just a prop. It is just a prop. One thing I have noticed with this prop is that it makes you busier. When I didn’t have the championship, I didn’t have to do all these interviews and I didn’t have to do pre-tapes. Don’t get me wrong, I’m not downplaying being IMPACT World Champion, obviously you don’t become a wrestler without one day wanting to be World Champion. This is Quinn talking, not Moose, because obviously Moose feels different. At the end of the day, I’m still going to work hard and work as hard as I’ve been working. It doesn’t mean I’m going to look at wrestling different because I know as Quinn that this title is just a prop and for storytelling and it doesn’t make me any better or any less than before I had it.”

During his new IMPACT Hard To Kill 2022 promotional interview with Metro UK, Moose took the opportunity to revisit those comments, clarifying them and making it clear what he was intending to say when he made the remark the first time around.

Featured below is an excerpt from the new Metro UK interview with Moose where he clarifies his past comments about the IMPACT World Championship being “just a prop.”

“What I meant by the title being a prop is, when you leave IMPACT Wrestling, you can’t focus on that. There’s life outside of wrestling that you have to actually focus on. I think you have to know when you flip that switch when you go to work, but when you’re not at work you’ve gotta think about what’s more important – family, friends, you know? You don’t get into professional wrestling not giving a sh*t if you become champion or not. Ever since I came to IMPACT Wrestling, I wanted to be the champion the guy.”

Check out the complete interview at Metro.co.uk, and make sure to join us here at eWrestling.com on 1/8 for live IMPACT Hard To Kill 2022 results coverage!