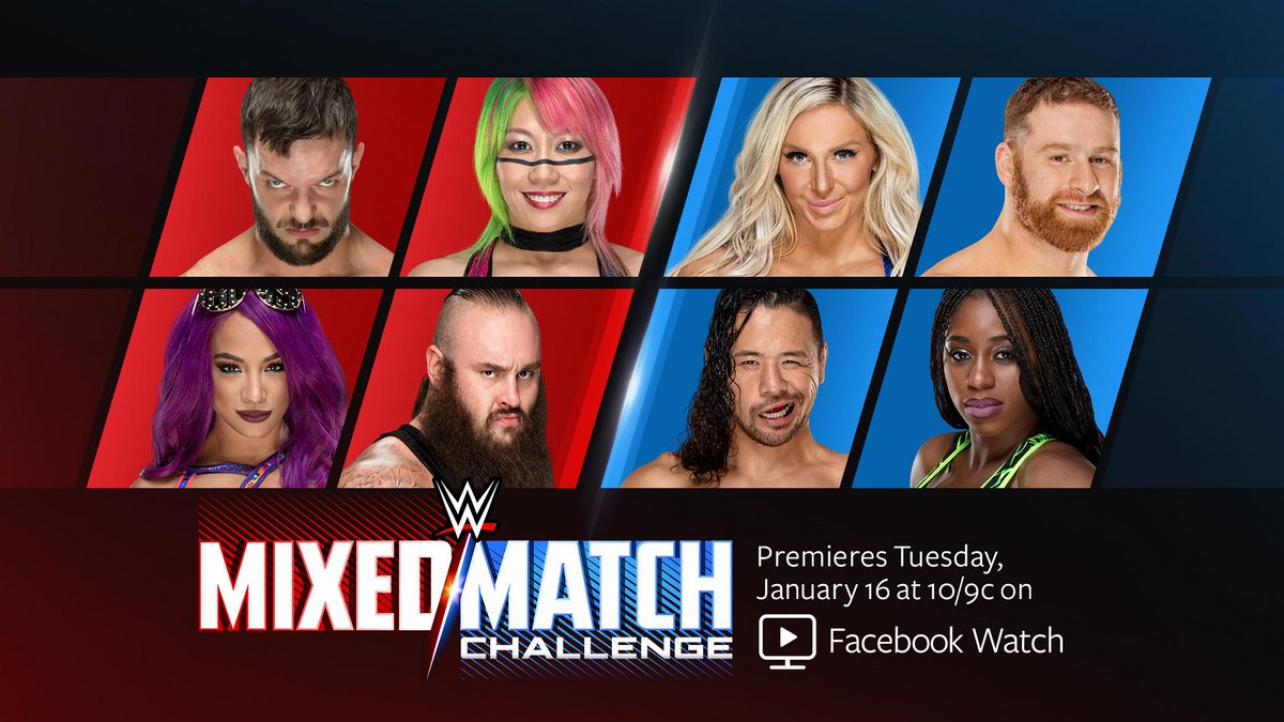 — Variety has an article which reveals more details on the joint WWE and Facebook “Mixed Match Challenge” initiative that will debut in January on Facebook’s Watch platform.

— According to the article, there will be no advertisements or commercials on the broadcast and that each 20-minute live broadcast will “will be produced in a way that’s optimized for mobile viewing and social interaction.”

— The story also reveals that Facebook is paying WWE for the rights to air the series and that after an unspecified window on the social platform, WWE will have the option to distribute the series as VOD on its over-the-top subscription streaming platform, WWE Network.

— The 12-episode series is designed as a single-elimination, tag-team tournament pitting male and female stars from its Raw and SmackDown Live rosters — and will let fans get in on the action by voting on certain elements of the matches. The tag teams will be announced by WWE on January 4 and the show will commence on following the January 16 Smackdown Live.