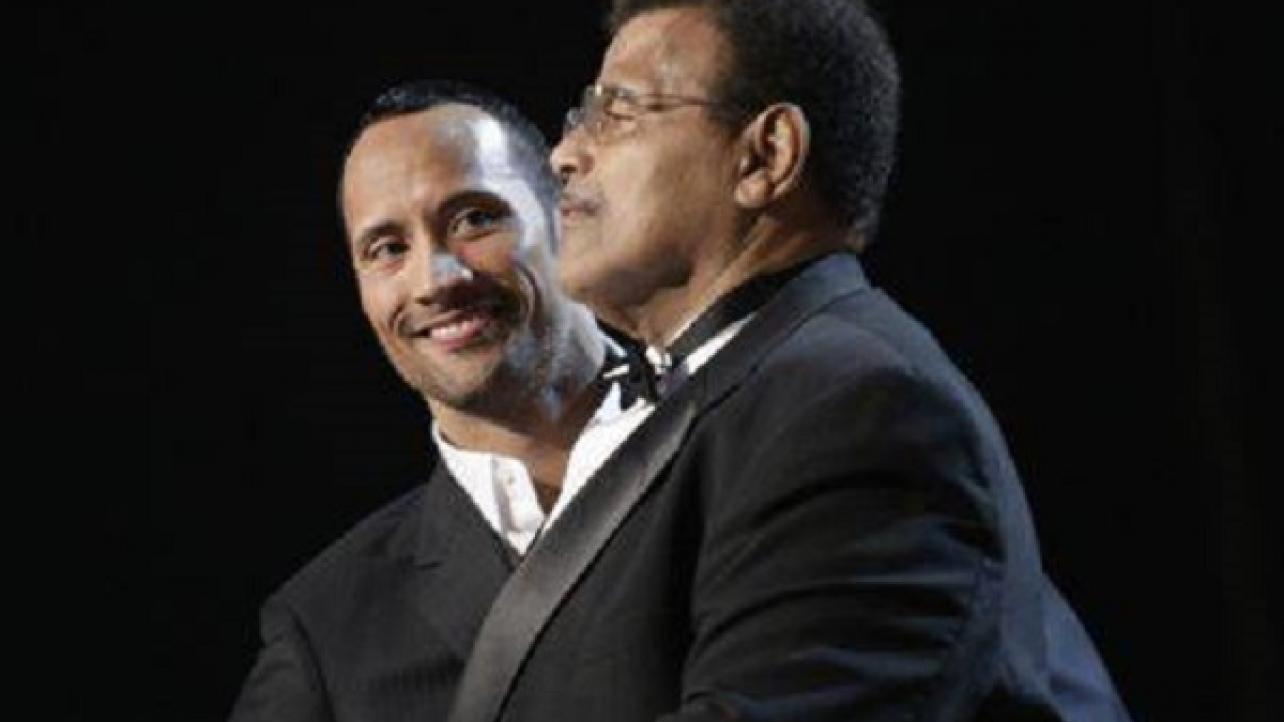 It looks like Dwayne “The Rock” Johnson’s dad will soon be a movie star, too.

It was announced this week that JG Brothers are set to develop a biopic based on the life and career of WWE Hall Of Famer and father of WWE Superstar turned Hollywood A-list actor Dwayne “The Rock” Johnson, Rocky Johnson.

The following was sent out this week regarding plans for the film based on Rocky Johnson:

TORONTO (September 6, 2018) – Emerging filmmakers, the JG brothers (Jonathan and Justin Gajewski) (Suicide Squad, Room, Scott Pilgrim vs. the World) have optioned the life rights and are developing Ring King, an upcoming Rocky Johnson biopic. The twin brothers are attached to produce and write the biographical feature film about Rocky Johnson, a well known retired professional wrestler. The WWE Hall of Fame inductee and father to Dwayne “The Rock” Johnson holds many titles in the wrestling world, and was a part of the first black tag team to win the World Tag Team Championship in the World Wrestling Federation (WWF).

Spanning from the ’50s to late ’90s, Ring King will follow the life of Rocky Johnson, who was born and raised in Nova Scotia, Canada. While the professional wrestler was king in the ring, he was also a black Canadian in America trying to make a life for himself during the civil rights movement. Johnson finished his career at the top after wrestling in a time of extreme racial prejudice, overcoming heavy obstacles and opposition, and surviving the demanding world of professional wrestling at that time.

“Rocky really lived the American Dream,” say Jonathan and Justin Gajewski (The JG Brothers), producers. “With humble beginnings in a small town in Nova Scotia, Rocky grew up being fatherless and black during one of the most heavily oppressed times for people of colour. Rocky experienced all the hatred one can imagine, but still ended up dominating the world stage thanks to his hard work, determination and values. In today’s racially charged times, we can all learn something vital from his story. While not a perfect man, Rocky truly is an unsung hero and we can’t wait to bring his story to the world.”

Ring King is currently in development.