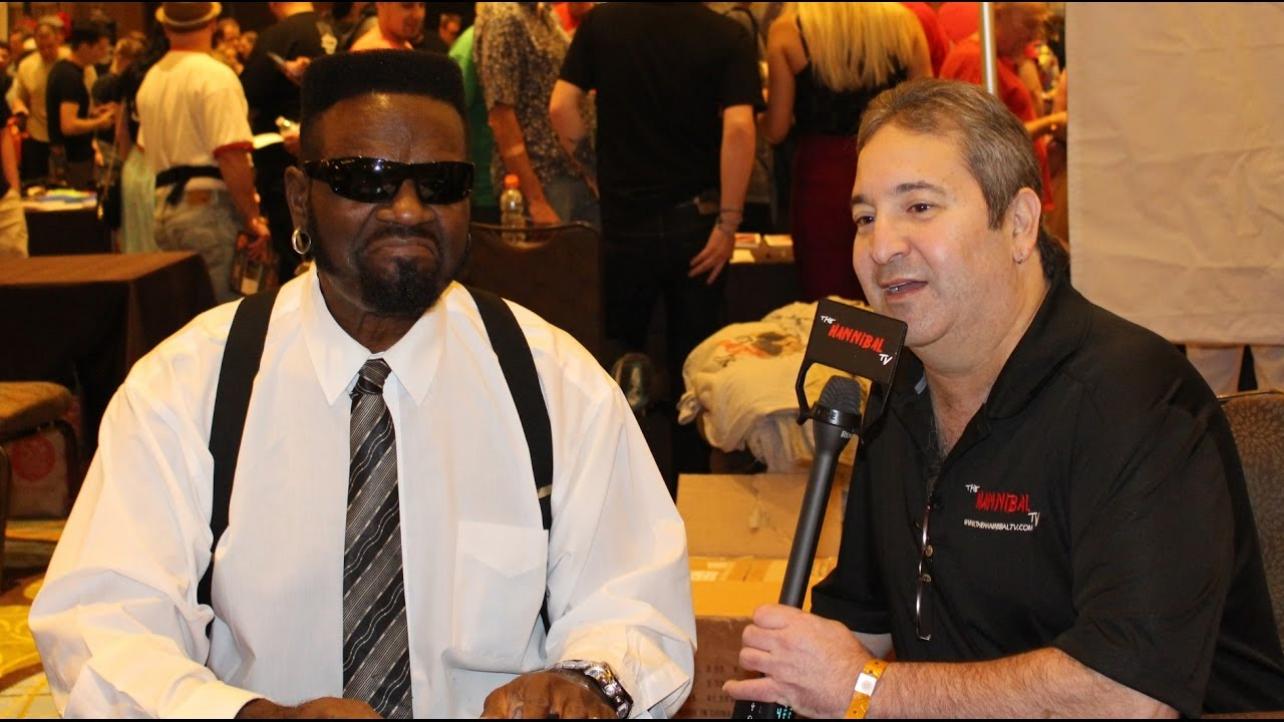 During the discussion, the longtime pro wrestling veteran spoke about training Kiera Hogan, working with Chris Jericho and how much longer he plans to wrestle.

On training Kiera Hogan, Kiera’s departure from IMPACT: “Yeah, I mean she’s [Kiera Hogan] a real talented young lady and I remember when she came to me and she wanted to be a wrestler and I had to pull her aside because she was a smaller girl and I had explained to her, ‘Look, if you wanna make it, you’re gonna do the things that I teach you’ and that’s how I do with all my students but her in particular, she was a good looking young lady and I wanted her to make it, and I told her that, ‘The things that I show you, you’re gonna have to get balls and do what I show you’ and most of the time she trained with guys and I would tell the guys, you know, ‘Don’t treat her like toilet paper. Treat her like you would another guy so she can get the feel of how it is in that ring. Don’t treat her like a girl. I mean don’t disrespect her, touching things you ain’t supposed to touch’ but, they helped her out in a way because they treated her like she was a normal person, you understand? Even though she was a smaller young lady, she was tough and I told her, ‘To make it in this profession, you gotta be tough’ and I believe she took it to heart and she worked hard and like I did with all my students, once I train you, I take you on the road, I show you the ropes of professional wrestling, everything from wrestling to doing business with promoters because promoters will try to screw you out of your money and if you’re not aware of it, then you’ll fall for the okie doke. Well with her, I took her on the road, I showed her the ropes, I did everything I [could] to help her and the end result is she got a gig and you know, she’s been with IMPACT for a minute and sometimes when it’s time to move on, some people want to move on and that’s what she did. She had enough of that and now she’s hoping to get to the next level which is AEW or WWF or whatever else is floating out there, but she’s still young and she still has a lot of miles left in the game of professional wrestling so, the sky’s the limit for her man.”

On his run[s] in WWF, feels that Vince McMahon took care of him and liked what he did: “Yeah, I got a lot of fond memories from WWF man. You know, Vince [McMahon] took care of me. He liked what I did, he liked the character. Vince likes athletes and as a big guy, what I was doing, he loved it, he saw something in me and gave me an opportunity and so when he gave me the opportunity to fight The Undertaker, he lined up all the stars of WWF, from Bret Hart to Macho Man [Randy Savage] to [‘Hacksaw’ Jim] Duggan, all of ‘em and they all had to get my hand raised because I was working my way towards The Undertaker and so they had to show that to get to The Undertaker, you gotta show that you’re a bad S.O.B. and so, that’s what Vince was trying to do and he did a damn good job at it because when he gave me the opportunity to go out there and fight The Undertaker, I didn’t believe it.”

On pitching a “Millenium Man” character to WWF, getting paired with Chris Jericho instead: “Oh yeah, no doubt about it [that he enjoyed the enforcer roles]. Every time I went to WWF — I was there three different times and each time they brought me in, they had me with somebody over. Either it was Triple H, Y2J or taking The Undertaker’s urn, I was always with somebody that was over. Each time Vince [McMahon] brought me in, I was always with somebody who was a star there, and that was the good thing about it because at first, when Millenium Man hit, I had sent WWF a package of this new character called Millenium Man, and instead of them using the Millennium Man, they put me with [Chris] Jericho and called him Y2J, which I didn’t mind because I had a gig. I had a contract, I was gonna make a whole bunch of money and so I didn’t care, you understand? The whole objective was money, period.”

On how much longer he plans to wrestle: “Well my body’s talking to me now so, you know, to say I get in there, I don’t do much but I entertain the people the way they should entertained, but body-wise, I’m almost 60 so I can feel my body, you know what I mean?”

Check out the complete interview at POST Wrestling or via the video embedded below.