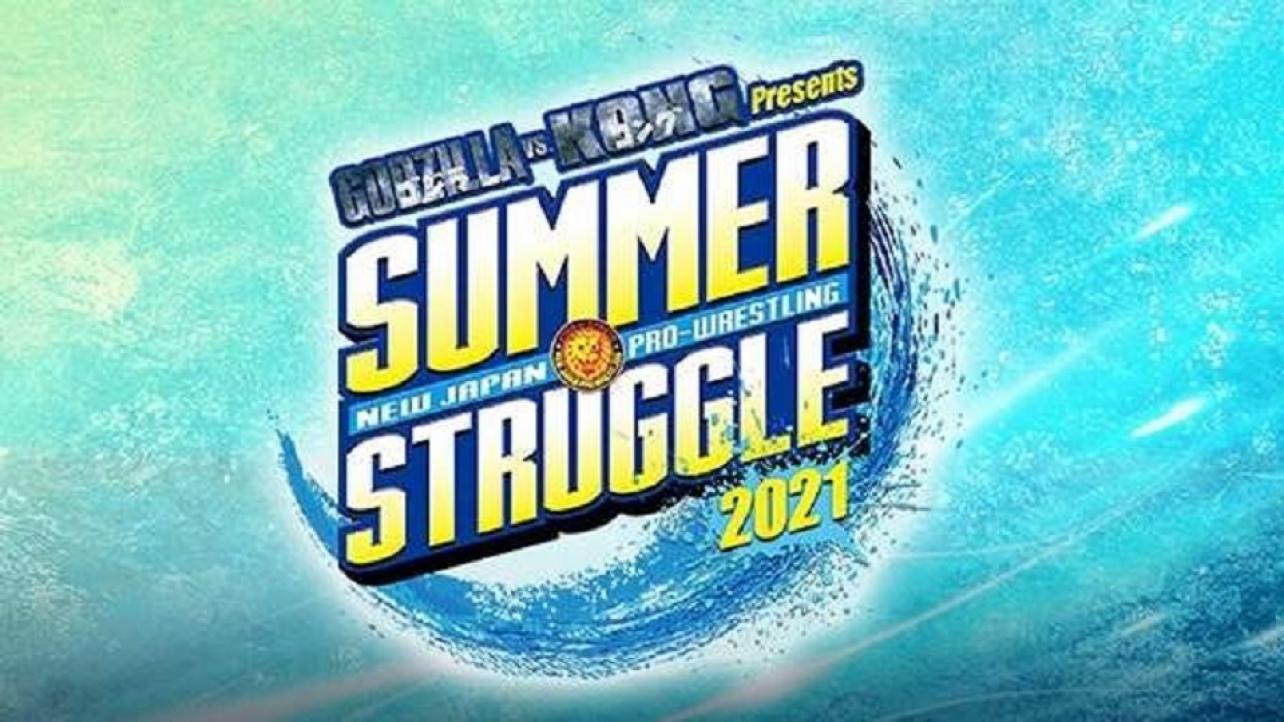 New Japan Pro Wrestling is currently on their Summer Struggle tour, and future matches have been announced.

Overnight, New Japan announced that the August 1st Summer Struggle show will be headlined by a NEVER Openweight Six-Man Tag Team Championship defense. Multiple members of the Bullet Club will also do battle at the event, and more. Check out the press release from NJPW below:

Headlining on August 1 will be the NEVER Openweight 6-Man tag team Championships. This potential eighth defence for CHAOS sprung from the post IWGP Tag Team Championship match scenes at the Tokyo Dome on July 25. As Dangerous Tekkers celebrated regaining the tag gold from Tetsuya Naito and SANADA, Hirooki Goto and YOSHI-HASHI hit the ring.

Goto and YOSHI-HASHI challenged the Guerrillas of Destiny earlier in 2021, and though they fell short, their consistent smooth teamwork in NEVER 6 defences have kept them a formidable team. Evidently the two feel the same way, and called their shot to challenge the new champs, with a challenge for the NEVER titles held to sweeten the deal.

With YOSHI-HASHI and Goto set to join Naito and SANADA as challengers in a tag team three way on September 5 in the MetLife Dome, we now also have this NEVER 6 title match set, as Minoru Suzuki will join ZSJ and Taichi. Every NEVER Openweight 6-Man title match has been an instant classic that has electrified Korakuen Hall this year, and this should be no different. With the tag team champions joined by the King in Minoru Suzuki, are the titles under greater threat than ever before?

We will also see the farewell matches for both Yuya Uemura and Yota Tsuji, as their Young Lion journeys finally come to a close. After months of campaigning, Yota Tsuji finally gets his long awaited singles bout against Tetsuya Naito. El Ingobernable has granted Tsuji his dream match, and will now expect to be impressed before Tsuji advances into the world at large.
Yuya Uemura will have his own last match against Kazuchika Okada. Okada was a harsh master against Tsuji during his challenge match earlier last month. Can Uemura fare better against the Rainmaker before he heads on excursion?