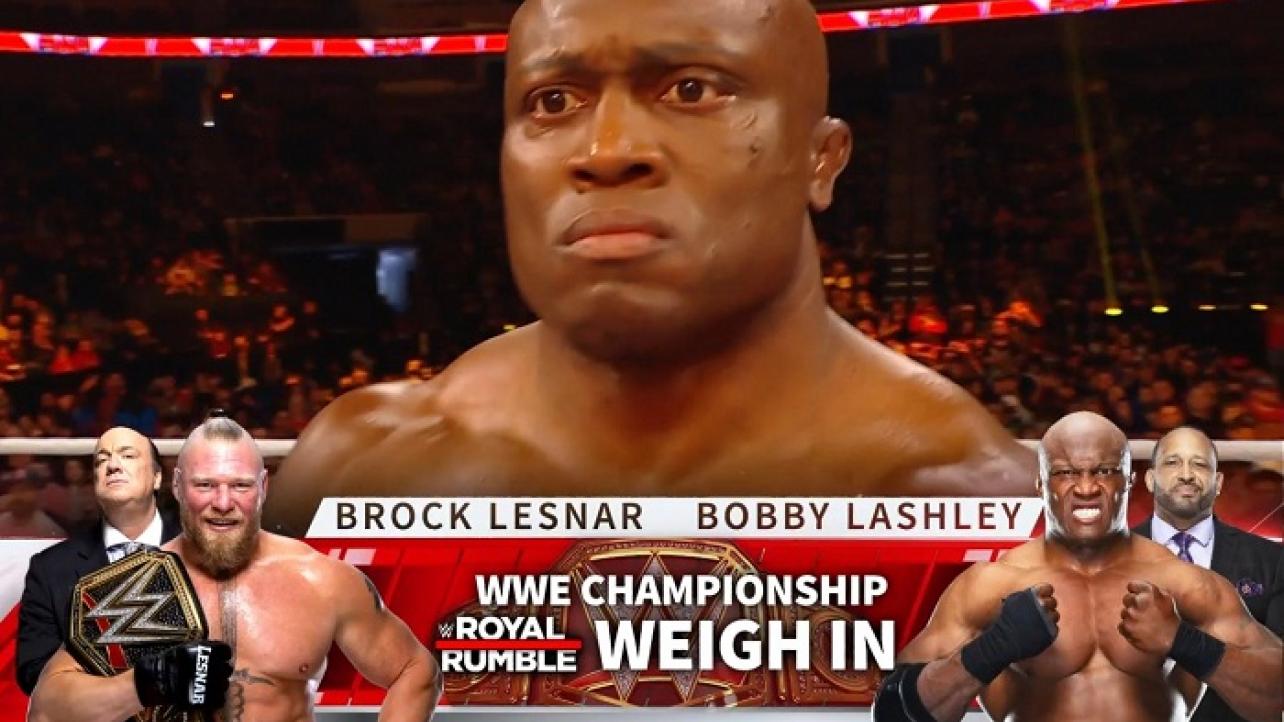 You can officially pencil in a few segments for next week’s edition of WWE Monday Night Raw.

During this week’s installment of the weekly three-hour red brand program, three segments were officially announced for next week’s show.

On tap for what will be the WWE Royal Rumble 2022 pay-per-view “go-home” edition of Raw is the official weigh-in for the WWE Championship showdown at the Rumble between Brock Lesnar and Bobby Lashley.

Also scheduled is an Alpha Academy Academic Challenge between RK-Bro (Randy Orton & Riddle) and Alpha Academy (Otis & Chad Gable), as well as Maryse’s Birthday Celebration, which The Miz promises to be a must-see ocassion.

Check out the announcements for the three segments for next week’s Raw below, and make sure to join us here next Monday night, January 24, for live results coverage of the show.

NEXT MONDAY on #WWERaw @MaryseMizanin‘s BIRTHDAY CELEBRATION and you know @mikethemiz is going to make sure it is the best ever! pic.twitter.com/SQlhI47tIy